Science of the Sun

“...the entire Earth is at stake in this enterprise.” 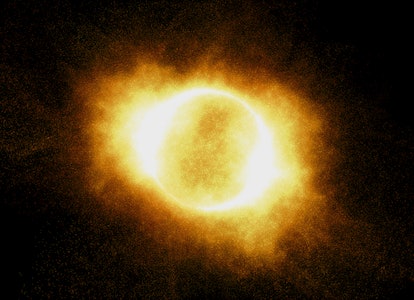 Geoengineering is a radical concept that might sound like the premise of a natural disaster movie but is actually something scientists are considering as a way to combat climate change.

Solar geoengineering, also known as solar radiation modification, is currently a point of debate among scientists: Would this level of human interference help the planet, or harm it?

This hypothetical class of solutions involves artificially reflecting solar energy back into space and lowering temperatures on Earth. In a new study, scientists discuss its promises and pitfalls — ultimately deciding on 4 major drawbacks and one tantalizing benefit.

Combating the climate crisis seems simple: We have to reduce global greenhouse emissions and keep temperatures from climbing more than 1.5 degrees Celsius above pre-industrial levels.

Achieving this goal, however, has proved difficult. That’s why some experts are advocating more extreme, technology-driven measures like solar radiation modification (SRM). However, as scientists argue in a paper released Monday in the Proceedings of the Natural Academy of Sciences, actually implementing SRM could trigger various “impacts and risks.”

Geoengineering broadly refers to the concept of using technology to alter climate on a large scale using emerging technologies.

According to the study, there are two main types of geoengineering:

Carbon dioxide removal, also known as carbon geoengineering or carbon capture, uses machines to suck greenhouse gases out of the air and counteract the effects of global warming. The technology has been around since the 1970s, but it only became popular in recent years.

Carbon capture has become widely accepted by climate scientists and policymakers — including President Joe Biden — though some argue that it remains prohibitively expensive.

Despite the cost, the effects of carbon dioxide removal are relatively straightforward and easy to explain. That’s not exactly the case for solar radiation modification.

How does solar geoengineering work?

Solar radiation modification, more commonly known as solar geoengineering, involves reflecting the sun’s rays away from the Earth’s surface. The goal is to increase surface albedo, the fraction of sunlight reflected by the surface of the Earth.

“Surface albedo is the same as the reflectivity, shininess of the Earth's surface as seen from space,” climate strategist Jørgen Randers previously told Inverse. “Bright surfaces like snow and ice reflect most of the incoming energy from the Sun.”

The idea is that, by increasing the albedo or reflectivity of Earth’s surface, scientists can use solar geoengineering to deflect a certain amount of sunlight and stabilize the planet’s surface temperature.

What are the different types of solar geoengineering?

Solar geoengineering can take many forms, including:

Marine cloud brightening involves dousing clouds with seawater to increase their brightness, ultimately helping the clouds reflect sunlight back into space and away from Earth.

Space-based techniques involve not only researching the effects of sunlight on Earth’s ozone layer but also installing giant sun shields to reflect sunlight away from Earth.

This latest PNAS study discusses the final technique: stratospheric aerosol intervention (SAI). This hypothetical technique introduces reflective material, such as sulfate aerosols, into the stratosphere — the Earth’s upper atmosphere. These aerosol particles would then reflect sunlight away from Earth and back into space. SAI works in a similar way to volcanoes, which cool the Earth by releasing gaseous aerosols into the stratosphere after an eruption.

Some scientists suggest that a “cocktail” or mixture of these various geoengineering approaches is the best way to combat the climate crisis.

The benefits of solar geoengineering

The scientists in the PNAS study describe SAI — a type of solar geoengineering — as a “scheme that is likely to have a large impact on Earth’s surface temperature.” Ultimately they agree it could induce one major benefit: lowering Earth’s global temperature.

“Previous work had assumed that solar geoengineering would inevitably lead to winners and losers... our work challenges this assumption,” the Nature team argued in a statement.

Cooling temperatures could even help reduce income inequality, according to a 2020 study published in Nature Communications.

The risks of solar geoengineering

But the potential negatives associated with solar geoengineering currently outweigh the positives, according to the PNAS study.

While solar geoengineering may cool the planet, the consequences could be devastating if we suddenly stopped.

According to a 2018 study published in Ecology & Evolution, sudden termination of solar geoengineering could result in a scenario of rapid global warming that would occur ten times faster than if we had never used the technology. Such a rapid rise in temperature could wreck ecosystems and lead to a massive extinction crisis.

2. It may not solve some of the key problems with climate change — and could make some worse

According to the scientists in the new study, solar geoengineering won’t suddenly make all greenhouse gas effects disappear overnight — but it could affect plant photosynthesis and limit the habitat range of animals adapted to living in colder climates.

Solar geoengineering could also lead to “large and rapid climate changes with potentially disastrous and irreversible impacts on terrestrial ecological systems” if not partnered with other steps to reduce greenhouse gas emissions.

3. It could negatively affect specific ecosystems

The study also suggests solar geoengineering could reduce global rainfall by up to 10 percent in certain parts of the globe, which would naturally affect the local ecosystem.

In particular, tropical ecosystems and evergreen forests rely on rainfall for growth. Rainfall changes due to solar geoengineering could affect vegetation, which affects the wildlife that feeds on that vegetation.

These limitations on our knowledge currently make it hard for scientists to take a stance on solar geoengineering.

A 2018 Nature study concludes: “Based on present knowledge, climate geoengineering techniques cannot be relied on to significantly contribute to meeting the Paris Agreement temperature goals.”

How can solar geoengineering be used safely?

Solar geoengineering remains a controversial prospect, to say the least.

For example, after facing opposition from indigenous reindeer herders, the Swedish Space Corporation recently decided not to proceed with a balloon test that would have released a small amount of reflective material into the atmosphere.

According to Reuters, the reindeer herders, known as Sami, called instead for countries to “transform to zero-carbon societies in harmony with nature.”

But complying with the Paris Agreement would mean that most countries will have to achieve net-zero emissions by 2050. Many scientists are questioning our collective ability to reduce emissions and keep global temperatures in check. To some, it seems more likely that humans will need to turn to alternative geoengineering technologies in order to stay alive.

In that case, scientists will need to come up with a road map now for how we approach geoengineering — including its ecological impacts and the ethics behind it — before we start seriously messing around with our atmosphere.

In the new PNAS study on stratospheric aerosol intervention (SAI), the scientists conclude that urgent collaboration between climate scientists and ecologists will be necessary to figure out whether, and how, we can apply solar geoengineering techniques.

As the scientists in the study state: “...the entire Earth is at stake in this enterprise.”

This article was originally published on April 7, 2021