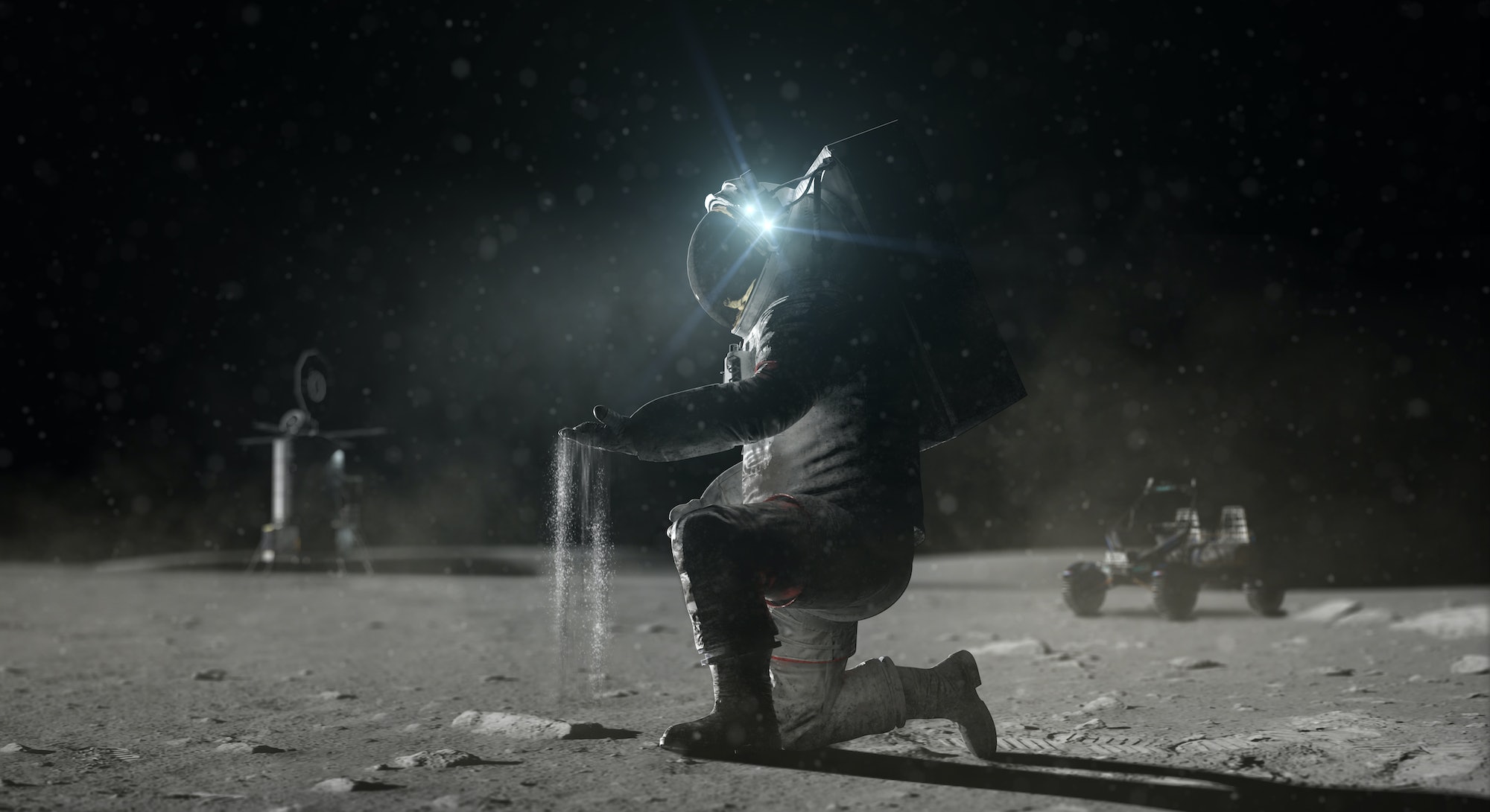 Humanity has been preoccupied with the night sky and our place in the cosmos since the dawn of our species. The vastness of space transcends the arbitrary borderlines we draw here on Earth, offering a never-ending frontier.

As our capacity to travel across the Solar System continues to improve, policy needs to reflect that lack of boundaries — that’s why NASA came together with hundreds of space experts from 14 agencies in 2006 to envisage humanity’s future presence in space. Ultimately, they wanted to establish a framework for cooperation and development that would put humans back on the Moon.

The end result was a document published 15 years ago in May 2007, that has changed how we think about humankind’s presence in space: “The Global Exploration Strategy: The Framework for Coordination.”

Scott Pace served as the Executive Secretary of the National Space Council and was Associate Administrator at NASA for Program Analysis and Evaluation at the time when The Global Exploration Strategy (GES) was dreamed into existence. He explains to Inverse that the GES is rooted in a problem he came up against himself when he talked with a senior Canadian Space Agency official about the U.S. and Canada’s diverging Moon programs during the Bush era. Neither could really discuss missions that might benefit the whole of humanity.

“Searching for answers to fundamental questions... can bring nations together in a common cause.”

Shortly after Pace’s encounter, Michael Griffin, then Administrator at NASA, officially organized the GES meetings to coalesce support around the agency’s lunar ambitions. At the time, NASA planned to send humans back to the Moon by 2020.

“Initially, [the GES] was meant to be very informal and had no authority to do anything, but was simply to exchange ideas and information about where different parties might be going,” says Pace.

“We made it pretty inclusive,” he adds — ultimately, more than 1,000 people from 14 different space agencies would work together on the GES. The agencies involved were the European Space Agency, as well as the space agencies of the United States, Australia, Canada, China, Russia, Japan, India, Ukraine, Korea, France, Germany, Italy, and the United Kingdom.

“Space exploration enriches and strengthens humanity’s future. Searching for answers to fundamental questions such as: ‘Where did we come from?’ ‘What is our place in the universe?’ and ‘What is our destiny?’ can bring nations together in a common cause, reveal new knowledge, inspire young people and stimulate technical and commercial innovation on Earth. The Global Exploration Strategy is key to delivering these benefits.”

The GES is not legally binding, rather, it recommends a framework so that “nations can collaborate to strengthen both individual projects and the collective effort” to explore space. Paradoxically, it is the non-binding nature of the GES that gives it its power.

“It’s a way to explore what’s possible. It doesn’t try to drive or affect geopolitical realities. It just kind of deals with them,” Pace says.

The GES document states that it is “a new opportunity” for collaboration in space — specifically, to enable humans to live and work on the Moon before anywhere else in the cosmos. Today, it lives on in NASA’s Moon to Mars missions.

“It elaborates a vision for globally coordinated space exploration focussed on solar system destinations where humans will someday live and work,” the document introduction reads.

“[The GES is] a way to explore what’s possible.”

The first big move the GES recommends is to establish Earth’s natural satellite, the Moon, as a base that serves as a jumping-off point to more easily access and study the rest of the universe. The technology developed to begin exploring and utilizing the Moon’s resources could then also be harnessed to help send humanity into the outer reaches of space.

The GES also looks toward humans on Mars, stating:

“With an atmosphere and water, it may hold key secrets to the evolution of life in our solar system. Eventually, we hope to reach other more challenging destinations, such as asteroids and the moons of the giant planets.”

Mars is far from hospitable for humans. The vacuum of space also poses danger to humans; no pressure lowers the boiling point of liquids, if exposed, space would freeze our flesh yet our blood would boil. Radiation also affects human bodies in ways we are only starting to grasp on Earth.

Humankind is simply not equipped to exist in space — that’s why we need better technology to get us there safely, the GES proposes, and a base where we can safely live and explore the cosmos: The Moon.

NASA is going back to the Moon with the Artemis program, which will enable humans to explore the Moon’s surface for the first time in decades — it’s aiming to send a crew within the 2020s. Russia and China are also developing a lunar space station with explicit aims to start exploiting the Moon’s resources.

“This is what became the Artemis program.”

At the same time, space agencies and private companies like SpaceX have their eyes on Mars. Elon Musk’s space company is designing Starship specifically to reach the Red Planet as early as 2030, according to the company’s Chief Operating Officer Gwynne Shotwell.

Mars is already home to a number of robot rovers and landers. In the absence of humans, these automatons are the next best thing. Mars’ InSight Lander, for example, has enabled scientists to understand the planet’s interior and geophysical dynamics in a way a satellite never could manage, even discovering Marsquakes.

Despite how well robots work in space, if humans are to eventually exist throughout the Solar System, we will need spacecraft like SpaceX’s Starship to do it. The Starship is designed to carry 100 tons of cargo into orbit, and it will function as a reusable spaceship to transport humans and everything they need to survive in space from the Earth to the Moon and, one day, to Mars.

On May 5, 2022, a prototype of the Starship successfully passed a high-altitude flight test — it’s an achievement for SpaceX, but it is also a recent vindication of the GES’sm drive to put humans back on the Moon.

What’s next for global space exploration

Today, the world’s space agencies still tend to work together to further human exploration of space. The GES also triggered agencies across the world to join forces to participate in the International Space Exploration Coordination Group. The group, like the GES, sees the Moon as the gateway to further exploration in space.

The last ISECG meeting, held in November December 2021, involved representatives from 24 space agencies coming together to discuss their shared goals to reach the Moon and eventually Mars. The ISECG has 27 members based across the globe committed to sharing their data and their visions with each other’s nations. In and of itself, that spirit of collaboration is a legacy of the GES.

It hasn’t always been rosy: During the Obama administration, the U.S. set out its ambitious plans to send humans to an asteroid and Mars. Pace recalls how, at a 2014 International Space Exploration Forum to discuss space policy, the U.S.’s lofty goals seemed to stall the talks. Some space agency representatives at the forum felt they had nothing to contribute to such an ambitious project, he recalls. A few even wondered if the U.S. was sincere about its desire to collaborate on the GES and ISECG’s primary objectives to send humans back to the Moon.

But at a later forum in 2018, Pace says the mood difference between it and the 2014 meeting was like day and night.

“Everybody was asking: How do we work with you? Do you need something? When can we visit? We have a thought here, we have a thought there,” Pace recalls for Inverse. “The energy was just remarkably different.”

To see that in action, consider how much time and effort NASA is pouring into publicizing the Artemis Moon missions.

“This is what became the Artemis program,” he says.

“Artemis began when we basically rejoined the international consensus that we had originally built, abandoned, and then came back to.”