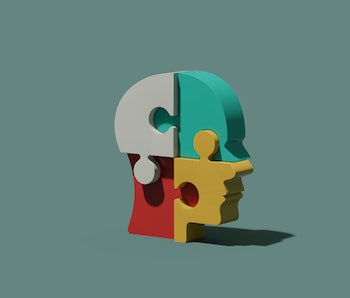 When you make a decision, you try to control the future. If you take a new job in a new city, you also try to move toward a vision of a potentially better you. The same applies to other life-changing choices, like whether or not to have kids. Deciding to turn what-ifs into reality is what propels your story forward.

But the hard truth is that study after study shows humans are not great decision-makers. We restrict life's possibilities to a narrow subset of choices; we tend to omit some of the most important objectives, and we’re not good at estimating the probability of certain outcomes.

“People are generally quite bad at perceiving and using probability information,” says Katherine Fox-Glassman, a psychology professor at Columbia University who studies decision-making.

“Our brains are really well suited to so many things — understanding uncertainty is not one of those things for most people,” Fox-Glassman tells me. “People misinterpret, distort, ignore, and misuse probability in dozens of well-documented ways.”

Fox-Glassman’s students often tell her they’re excited to take her class because they want to learn to make better decisions. By the time the semester ends, they tend to report that they didn’t achieve their original goal — but they do pay more attention to how they make their choices.

“I’ve had that experience, and it’s absolutely a double-edged sword — any time you're bringing more strategy or wisdom to a situation, you’re also raising the possibility of overthinking things or getting too in your head about it,” she says.

Ultimately, making a big decision is about balance — and action. If you don’t make a choice, someone — or something — will make it for you.

The factors that go into a decision

We make many different types of decisions thousands of times a day, but a good chunk of the most consequential choices are made in the context of social interactions. In practice, this could mean deciding whether or not to break up with someone — or whether or not to speak your mind to your boss about something that’s bothering you.

Successful social decision-making typically depends on how well we understand the intentions, emotions, and beliefs of others. When you make a social decision, you factor in traditional decision-making — which typically involves the processes of learning, valuation, and feedback — as well as the mental state of the other person or people involved. This process engages specific neural networks.

There’s no one-size-fits-all way everyone approaches decision-making because people are individuals. Some people might make a pro and con list when deciding whether or not to date someone — others might just go with their gut.

How to feel confident about your decisions

Because every decision, and every decision maker, will be different there is no universal first step for approaching a choice, Fox-Glassman says.

But, she says, “it can be helpful for the decision maker to list their goals and then to look at what type of each goal is.”

If the decision is more of a practical one or concerns money, writing out an objective pros-and-cons list can help. That kind of calculation-style approach works well for meeting easily quantifiable goals, Fox-Glassman explains.

If goals are more social — like trying to win others’ approval — a more rule-based decision can be more appropriate, she says. This is thinking that something is the right thing to do, regardless of the costs. Meanwhile, decisions about emotional goals — choosing what feels good, avoiding what feels bad — might be made without you even realizing you’ve made a decision yet.

Most big decisions involve elements of all of these goals, Fox-Glassman says. And multiple goals can conflict — for example, you may want to have another child, but the family finances just aren’t there.

“When different modes of decision-making each lead us to a different answer, that’s unpleasant and might us feel bad about any choice we make — or even hesitant to decide at all,” she says. “But if we can figure out where the conflict came from, we may have the option to decide which mode we want to follow, or which of the two conflicting goals is more important to us. It’ll still be a trade-off, but at least it’s more transparent.”

In the end, any decision can end up being the best choice. Studies suggest that people who dwell in a state of inaction over decisions are more likely to feel regret than those who make a decision. And once you do make a hard decision, your brain adjusts its preferences — meaning you’re more likely to be able to make another hard decision in the future.