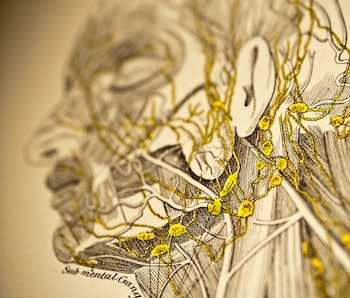 It’s called cyclic breathing, a breathwork practice that’s also known as the physiological sigh. In a study published in the journal Cell Reports Medicine, cyclic breathing proved to be more effective at improving mood than mindfulness meditation and other breathwork techniques. It was also the best way to slow down the number of breaths the participants took per minute, which had a calming effect.

While breathing is something we do without thinking, “it is easily subject to conscious control,” explains David Spiegel, a professor at Stanford University and a co-author of the new study.

This ability to control how we breathe — and the positive physical and emotional effects linked to different types of controlled breathing — has gained traction in the scientific community as a mental health tool worth further examination. Specifically, Spiegel and his colleagues wanted to study whether breathwork practices can be taught remotely and how practicing these techniques can influence the mind and body over time.

In addition to mindfulness meditation, cyclic breathing was compared against box breathing and cyclic hyperventilation. Each of the 114 study volunteers was assigned one of the stress reduction exercises and asked to practice it for five minutes a day for a month. During this time, they kept a stress journal describing their progress.

Overall, almost all participants felt that the stress reduction exercise helped them in some way. Further examination of the data showed that those who used breathing exercises were less stressed than those who tried mindlessness meditation — and within the breathing exercises group, those who did cyclic breathing reported the best outcomes.

The science of cyclic breathing

In this video, Andrew Huberman, an associate professor at Stanford University, explains how to use cyclic breathing.

In the 1930s, scientists observed two instances when people naturally engage in cyclic breathing: in a claustrophobic environment or in a very deep sleep. During this time of sleep, there’s a build-up of carbon dioxide in the bloodstream — and this rise of carbon dioxide sends a signal to the brain that triggers the impulse to breathe.

In a video made by co-author Andrew Huberman, a neuroscientist and associate professor at Stanford University, he shows how to perform this type of breathwork. But essentially, it involves:

Mindfulness meditation also includes some focus on the breath. However, it has more to do with being aware of your breath in the present moment. The study team correctly predicted that all forms of breathwork would induce greater mental and physical relaxation. In the paper, they explain an associated sense of control may explain why:

“... breathwork exercises provide a sense of direct control over one’s physiology as opposed to passively attending to the presence of one’s breath during mindfulness meditation. This enhanced sense of control could reduce anxiety quickly as perceived loss of control is a hallmark of anxiety.”

Of the three breathwork exercises, cyclic sighing proved to be the most effective at reducing the participant’s respiratory rate, which likely connects to how its pattern of inhales and exhales differs from the other two. Box breathing involves breathing in and out at the same pace, while cyclic hyperventilation is characterized by long, intense inhales. This study did not examine what happens when breathwork and mindfulness meditation are combined — though Spiegel ventures that there might be additive effects.

Next, he wants to see how cyclic breathing can augment the potential of self-hypnosis as a health intervention. It’s seemingly time to breathe in, breathe out, and see what comes next.

More like this
Mind and Body
Jan. 29, 2023
How to take advantage of a bad mood
By Sarah Sloat
Science
Jan. 28, 2023
How does the placebo effect take hold? A doctor explains two influential factors
By Kathryn T. Hall. and The Reader
Mind and Body
Jan. 21, 2023
Procrastination study suggests a link to shoulder pain, bad sleep, and more
By Eva Skillgate, Alexander Rozental, Fred Johansson and The Conversation
LEARN SOMETHING NEW EVERY DAY.
Related Tags
Share: