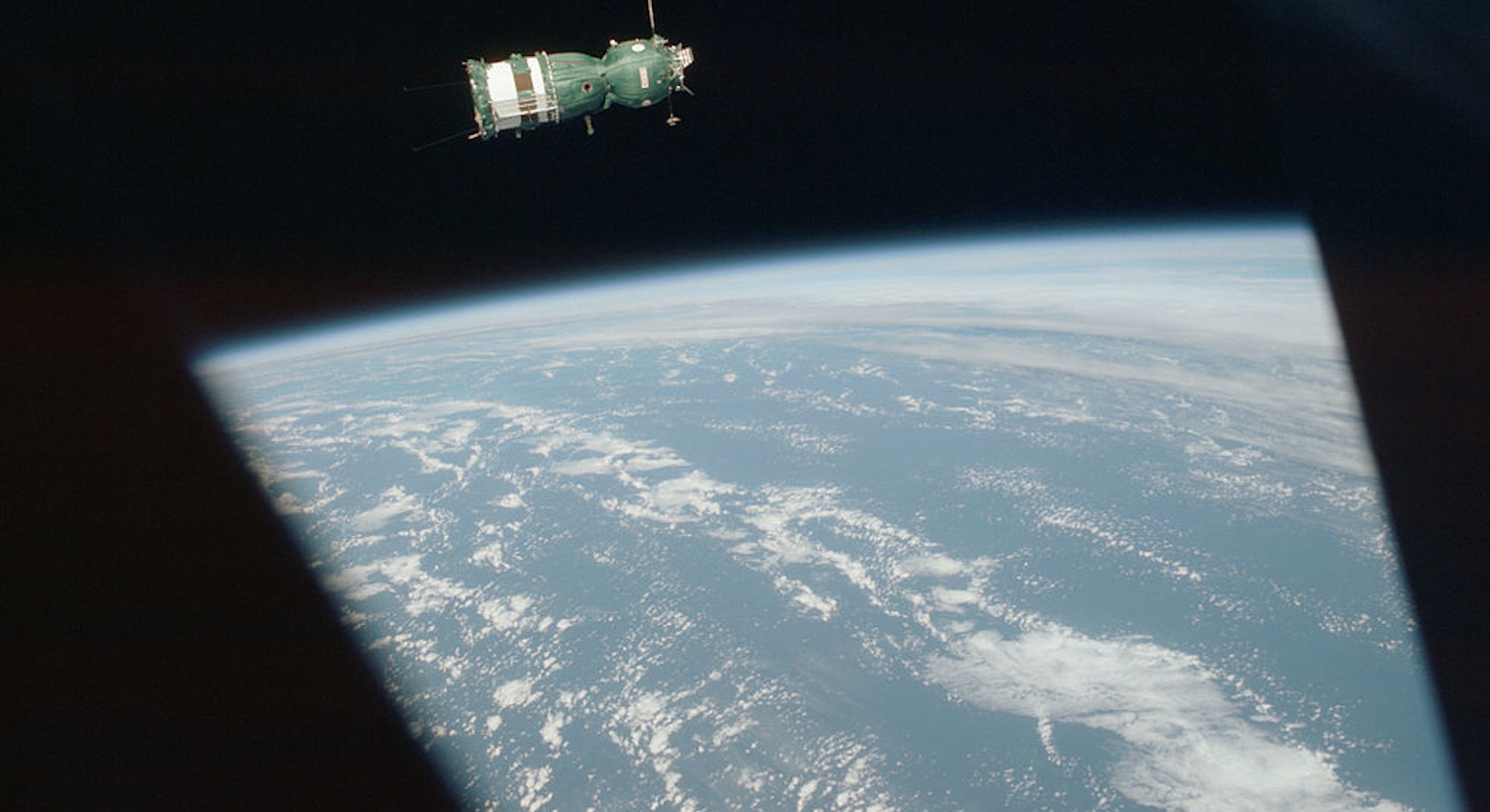 It is a paradox that the United States’ most critical partner in early space science was also its enemy — the U.S.S.R. Yet 50 years ago on May 24, 1972, the two nations signed a landmark agreement: The Agreement Concerning Cooperation in the Exploration and Use of Outer Space for Peaceful Purposes.

This document laid the foundation for modern space exploration and research. It is also a testament to a fading world order where nations worked together in space toward shared scientific goals despite their political differences.

Signed by President Richard Nixon and Premier Alexie Kosygin in the U.S.S.R on May 24, 1972, the agreement led to the first international crewed space mission, 1975’s Apollo-Soyuz Test Project.

John Logsdon, an expert in space policy and professor emeritus at George Washington University, explains that Nixon’s actions were informed by the ideas of his then-Secretary of State Henry Kissinger. Kissinger had grand ideas for the future of international relations and, together with Nixon, he believed an agreement toward mutual assistance between the U.S. and the U.S.S.R. would ultimately help the U.S. hold greater influence over world politics.

In 1969, the Apollo 11 mission successfully landed on the Moon and established the U.S. as the great power in space research and exploration. But on Earth, the U.S. was on less sure ground: The Cold War raged and the domestically unpopular Vietnam War rumbled on. Meanwhile, the USSR was experiencing its own issues after invading Czechoslovakia in 1968 and meddling in the Middle East during Israel’s Six Days War.

Somewhat uncannily, popular culture offered up a different vision for the U.S. and the Soviet Union’s future: In the 1969 film Marooned, starring Gregory Peck, three American astronauts are stranded in space. On the verge of death, they are saved by a cosmonaut who comes with an oxygen tank that tides the astronauts over until a rescue vehicle comes for them. Released in the middle of the Cold War, the film’s conclusion feels both predictive and poetic.

Kissinger was willing to bet a similar kind of teamwork in space could help relieve some of the real geopolitical tension between the two countries.

“The main idea of the project was symbolic to indicate a relationship of data sharing between the United States and the Soviet Union, which was Kissinger’s foreign policy goal,” Logsdon explains.

“Also, technically, it was intended to show that the United States could dock with the Soviet Union, and to rescue stranded people in one way or another,” he adds.

What the agreement says

The May 24, 1972, bilateral space exploration agreement between the U.S. and the U.S.S.R. had a not-so-subtle ultimate objective: peace on Earth. The fourth article of the agreement states:

“The Parties will encourage international efforts to resolve problems of international law in the exploration and use of outer space for peaceful purposes with the aim of strengthening the legal order in space and further developing international space law and will cooperate in this field.”

Logsdon says the agreement marks a turning point for the two global powers after the crescendo of the Apollo missions.

“The United States had been competing with the Soviet Union for space leadership up till the time of Apollo,” he says.

“Back then, the way to exercise leadership was to do something first, in this case, land on the Moon. With that behind the United States, you could transition to a period where space cooperation could be a symbol of peaceful relations on Earth, but only symbolically,” he explains.

Aside from the grand aim of world peace, there were two more immediate goals of the bilateral agreement:

The first element was to establish cooperation in multiple fields of space exploration and research including, the document reads, “space meteorology; study of the natural environment; exploration of near-Earth space, the Moon and the planets; and space biology and medicine.”

It also stated the intent to, “carry out such cooperation by means of mutual exchanges of scientific information and delegations, through meetings of scientists and specialists of both countries, and also in such other ways as may be mutually agreed. Joint working groups may be created.”

The second element of the agreement was that each country would carry out respective missions to develop an Apollo-type spacecraft that was compatible with a Soyuz-type spacecraft. This would mean astronauts from each country could visit spacecraft from the other country. This is what laid the groundwork for the first international crewed mission to space, the ASTP.

The two ships docked with each other for 48 hours and the astronauts aboard conducted a number of joint experiments that would later be useful for international collaborations like the International Space Station.

After the two ships separated, the Apollo navigated in such a way to orchestrate an artificial solar eclipse, allowing the Soyuz cosmonauts to photograph the solar corona.

The Apollo-Soyuz Test Project was the last Apollo mission for the United States. It would be another six years until the U.S. launched another manned mission — NASA’s Space Shuttle program, which took off on April 12, 1981. But the 1972 agreement was just the beginning of international space missions.

“It turned out to be a first step in a long process,” says Logsdon. “But there were a lot of delays along the way.”

Importantly, the initially harmonious outcome of the 1972 executive agreement did not guarantee continuity of the agreement when it came up for renewal in 1977. Logsdon explains that then U.S. President Jimmy Carter wanted to let the agreement lapse to punish the Soviet Union for its machinations in Afghanistan. The agreement was not renewed until Reagan’s presidency in 1987 when Mikhail Gorbachev was head of the Soviet Union.

Later, in 1993, a post-Soviet Russia was invited to help the U.S. design the ISS. That cooperation has continued through today — but the war in Ukraine threatens its future.