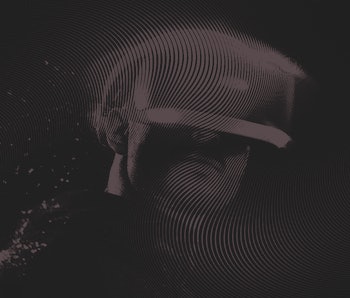 Since the 1980s, virtual reality has been pitched to the public as the future. But on the whole, the public hasn’t seemed very interested. There has been some headway, but for many, the technology seems tied to embarrassingly retro promises from '80s and '90s advertisements — clunky hardware and grinning like a moron in a faux underwater setting.

Of course, that was before a global pandemic canceled most of the world’s activities. The list is familiar by now: sports, concerts, vacations, religious ceremonies. All of these have been available through virtual reality for some time, but most users weren’t interested beyond a passing curiosity, even if the IRL option (like hiking) was nothing more than a hypothetical. But quarantine could make these options look far more promising.

“Nature exposure in virtual reality (VR) can provide emotional well-being benefits for people who cannot access the outdoors,” begins the abstract for a 2019 study published in the journal Frontiers in Psychology. It’s worth remembering, as the study points out, that people have been denied access to nature for some time: the elderly, the sick, those who live in cities, and have neither the financial means or the time to actively seek out green space. Quarantine has taken a hidden problem and magnified it for all of society.

John Carline, the founder of Greener Games, has been working on a solution for years. Greener Games makes NatureTreks VR, which isn’t so much a game as it is a variety of virtual experiences. Users select any one of a number of locales, such as a forest or a beach, and NatureTreks transports them there. There’s the option to “create” in the environment, adding trees or changing the time of day, but it’s not like, say, Animal Crossing where these creations can amount to some prize.

“NatureTreks is a place to ‘Be’ not ‘Do,’ Carline tells Inverse. “It sets out to achieve that in a layered approach, at its foundation can be a virtual nature simulator but there are layers within, that combine to create a powerful, reflective and emotional experience.”

Sales have been up for NatureTreks around 40 percent since quarantines hit around the globe, although Carline also notes that the company was running promotions during March. NatureTreks is partially promoted as an “innovation in health care,” and Carline says that while he hasn’t heard of it being used specifically during quarantine, but has heard “many heartwarming messages from people using NatureTreks in clinical settings.”

Carline is aware of NatureTrek’s limitations. If an outdoor enthusiast is skeptical about the program’s ability to recreate nature, “they should continue to be skeptical. NatureTreks VR does not set out to replace that experience. The reasons and benefits of a hike in nature are broad, complex and not comparable.”

VR’s limitations are well-known, and part of the reason they draw skepticism. When it comes to following real-world activities, there are a number of drawbacks. Billionaire and Dallas Mavericks owner Mark Cuban spoke to the challenges on a podcast in 2016: “watching a live event is very, very difficult in VR particularly...depth perception is very difficult and switching between cameras is very difficult.”

“I don't do this hoping for huge profits."

But just because something is very difficult doesn’t mean that people won’t try. At the beginning of April, buried amidst coronavirus headlines, computer giant Apple agreed to buy NextVR, a California-based company that specializes in streaming sports, music and other forms of live entertainment for $100 million. NextVR currently offers NBA League Pass, the soccer-focused International Champion’s Cup, the latest Canelo Alveraz fight, but there’s no telling what Apple has planned for the company.

The company was something of a steal for the iPhone giant, which has more recently moved into entertainment as well: as Motley Fool notes, four years ago it was valued at eight times the amount Apple spent. That devaluation speaks to the ways expectations for VR have fallen: a 2019 industry-wide poll by HTC showed that 40% of all VR developers believe that audience adoption, just getting someone to try it, is the biggest challenge facing the industry.

It’s a tough hill to climb, especially because VR headgear is essential to the experience. Augmented reality (AR), which can be accessed through phones or apps, is far easier to access. There are numerous AR success stories: Pokemon Go, Warby Parker, Snapchat filters. It should come as no surprise that VR developers have switched over to AR.

“I don't do this hoping for huge profits,” John Carline tells Inverse. Carline once worked at building the environments of violent video games, gorgeous landscapes that existed for the sole purpose of destruction. “I feel very fortunate to use that hard-earned experience in a positive way, for as long as I can.”

It’s possible that the global pandemic, and NatureTreks, can offer a niche path for VR: it might not hit universal adoption, but if people are seeking refuge outside of quarantine, outside of any responsibility, they might seek out a place where they can be reminded of the wonders that await. NatureTreks also has, as Carline points out, “instant immersion. One minute the user can be immersed on a deserted beach, the next in a winter landscape gazing at the aurora borealis.” That’s pretty cool too.

NEW FUTURE is an occasional series from Inverse.

More like this
Innovation
8.5.2022 11:00 AM
Alexa could diagnose Alzheimer’s and other brain conditions — should it?
By Joanna Thompson
Innovation
8.12.2022 9:30 AM
Indoor lights make us sick — this technology could fix that
By Miriam Fauzia
Gaming
12 hours ago
The Last of Us devs bet big on accessibility — and made a better game
By Jen Glennon
Related Tags
Share: