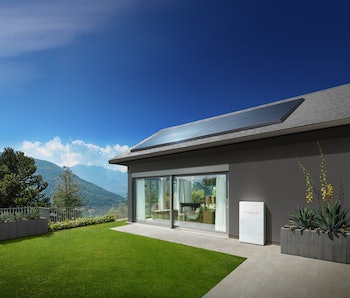 Elon Musk has a radical plan to reshape the energy grid — and it could protect against power cuts.

During Tesla’s first-quarter 2021 earnings call Monday, the CEO described how the firm’s solar panels and batteries can work together to “operate as a giant distributed utility.” The way it plans to approach this is to pool solar resources in an innovative way.

Want to know more about Musk’s plans for the future, the state of Tesla, and what’s going on with its advanced battery plans? Read the full transcript, only in Musk Reads+.

Unlike a traditional grid with big power stations feeding power to hundreds of homes, the panels would harvest energy and recharge batteries at an individual home. That energy could then be fed back into the grid and distributed to other homes, creating what are effectively miniature power stations.

“I'm not sure how many people will actually understand this, but this is extremely profound,” Musk said. “And necessary, because we are headed towards a world where [...] people are moving towards electric vehicles.”

Why is the Tesla virtual power plant a good idea?

Musk cited several reasons as to why homes would need to act now:

Musk has touted the benefits of solar energy plus batteries before. In October 2016, when he demonstrated a “house of the future,” he showed how a Tesla Powerwall battery (a slightly modified version of the battery in Tesla cars) could pair with Tesla Solar Roof tiles to collect energy while the sun is shining and store it in the battery. This setup means the house has 24-hour access to clean energy.

A virtual power plant takes this to a new level. Instead of supplying energy to a single home when needed, a Powerwall battery is instead employed to feed energy back to the grid at specified times.

Tesla has already made some moves toward this future. It’s rolled out “virtual power plants” in South Australia, Rhode Island, Massachusetts, and other areas. In July 2018, a Tesla virtual power plant in Vermont was able to use 500 Powerwall batteries to plug the energy gap during a heatwave.

What is the Tesla Energy Plan?

In the United Kingdom, Tesla rolled out the Tesla Energy Plan in partnership with energy provider Octopus Energy in November 2019. Architect Richard Hawkes, one of the scheme’s early adopters, told Inverse that he gave up control of his Powerwall battery as part of the deal. Hawkes could no longer control settings like how much electricity to store to protect against a power cut, but in exchange, he receives a cheaper price on his electricity bills.

Musk’s comments come in the same month as Tesla announces big changes to its clean energy products. The firm has tweaked its Tesla Solar Roof pricing so it now factors in roof complexity. The change saw prices rise by about 30 percent for buyers, even though they’d already signed a contract.

“We did find that we basically made some significant mistakes in assessing the difficulty of certain roofs,” Musk said.

Tesla also announced it would no longer sell solar panels and Powerwall batteries separately. Musk justified the move by claiming it would simplify installations.

The Inverse analysis — This ties in well to Musk’s overall goal to massively expand the size of Tesla’s energy business.

Little has changed nearly a year later, with energy generation and storage accounting for around five percent of overall revenue in the first quarter 2021 report. Last year, competitor Sunrun deployed more than double the solar capacity of Tesla in 2020, deploying 455 megawatt-hours.

As the infrastructure emerges for Tesla’s new approach to energy, it’s perhaps the battery cells that could help it reach those lofty revenue goals.

TO READ THE FULL TRANSCRIPT, SUBSCRIBE TO MUSK READS+.

Here is what you will gain from subscribing to MUSK READS+:

MUSK READS+ is a fully independent operation. We are not Elon Musk, nor are we employed by him. Our job is to report the events we find newsworthy, giving you the inside look at the worlds of space rockets, electric cars, clean energy, and more. It means first-hand accounts of a SpaceX rocket launch, Tesla insights from third-party analysts, and more.