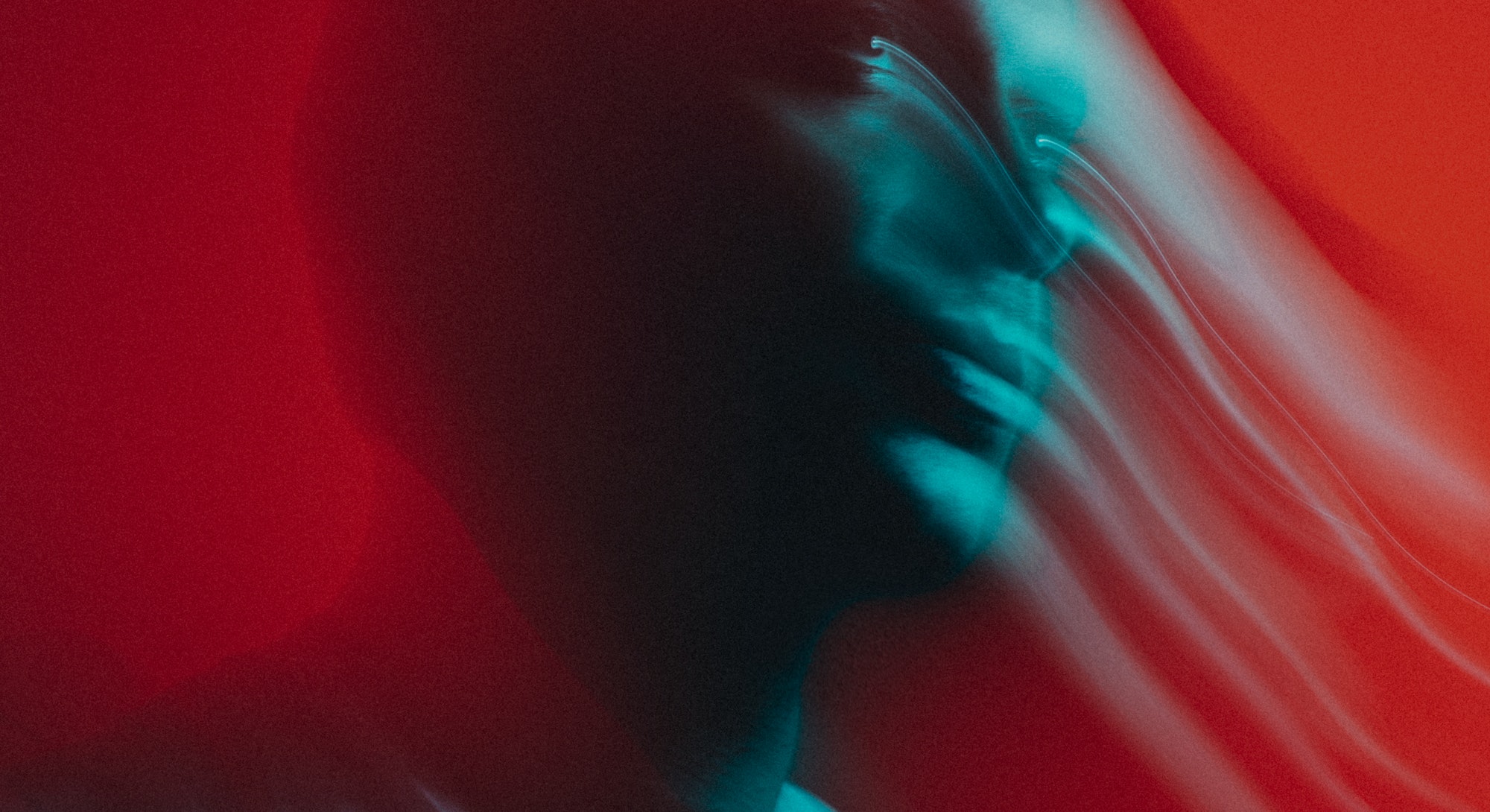 “When he gets up to go to the bathroom, you should help him.”

I shook my head at my friend, Jimi. The advice, given to him by a guide over Zoom, suggested Jimi would have to do some things to help me that he hadn’t signed up for when he agreed to watch me take ketamine for therapy.

It struck me as unlikely that Jimi would have to help me go to the bathroom. But really, I had no way of knowing. I consider myself highly “experienced” in the Jimi Hendrix sense of the word (this cowboy isn’t new to the psychedelic rodeo), but I was entirely unfamiliar with ketamine.

In March 2022, I signed up to go on an interior journey with Mindbloom, a psychedelic therapy company that provides what is — for all practical purposes — ketamine-by-mail accompanied by therapeutic treatments given over Zoom. It is essentially an emerging form of teletherapy, taken to a new participatory extreme.

Editor’s note: This is a personal opinion essay.

Mindbloom is part of a vanguard of emerging healthcare providers using the technology we have all come to rely on during the Covid-19 pandemic to deliver a similarly innovative medical intervention for psychiatric conditions: psychedelics.

Along with ketamine, psilocybin and LSD are being reconsidered as treatments for brain conditions like depression, post-traumatic stress disorder, anxiety, and other behavior and mood issues after years of being maligned as illegal party drugs.

Ketamine hasn’t been approved by U.S. regulators for treating depression, but the Food and Drug Administration approved an intranasal form called esketamine for treating resistant depression in adults. The FDA has Fast Tracked ketamine and designated it a Breakthrough Therapy — distinctions that speed up research and clinical trials to help combat what some experts call an epidemic of depression.

Teletherapy, in turn, offers an innovative opportunity to expand these emerging treatments’ reach until the drugs become more widely accepted as an option for treating conditions that often get missed in the clinic.

HORIZONS is a newsletter on the innovations and ideas of today that will shape the world of tomorrow. This is an adapted version of the June 2 edition. Forecast the future by signing up for free.

Mindbloom insists that for a client’s first session they be surveilled by a “peer treatment monitor.” In other words, Jimi joined me for my first session as my trip-sitter — to borrow a classic psychedelic phrase — whose job it was to keep an eye on me as I took powerful drugs that can occasionally cause a “bad trip.” (It’s worth noting that studies have shown 84 percent of people who experience a “bad trip” in fact find them to be positive experiences overall.)

This monitor functions as an on-hand check to make sure your session doesn’t go off the rails — one of the pros and cons of telehealth, after all, is that the therapist isn’t in the room with you.

“I came away from my teletherapy sessions with novel questions about some issues about which I’d long held static beliefs.”

Once my Mindbloom guide had delivered instructions to myself and Jimi, I put on a set of headphones and turned on the audio track Mindbloom sent me to accompany the therapy session. Then I slipped on the eye mask that had come with my ketamine kit, placed two big pink pills in my mouth, and waited for them to dissolve as directed.

Did I hallucinate and freak out? Did I find bliss and enlightenment? Did Jimi have to help me go to the bathroom?

Before we dive into my experience, let’s consider the science behind ketamine therapy.

Ketamine was first used as a surgical anesthetic for horses, dogs, and eventually soldiers during the Vietnam War. It gained recreational popularity in the 1990s when ravers took advantage of its dissociative, hallucinogenic qualities. The War on Drugs set “Special K” in its sights, and for about 20 years, all most of us heard about the substance is that it induces a K-Hole — a dissociative state as feared as it was sought after.

“Ketamine was initially studied as an intravenous infusion — 0.5 mg/kg — given over 40 minutes and it demonstrated antidepressant effects as soon as several hours after the infusion, peaking at one day after the infusion,” NIMH scientist Park explains to Inverse.

“Ketamine has also been studied for a number of other conditions — social anxiety, PTSD, obsessive-compulsive disorder, substance abuse, suicidality — but there is not enough data yet to support its use for these conditions,” he adds.

“It felt as if I’d left my body and was traveling someplace dark and expansive (space?)”

Park explains that the people who may benefit most from ketamine therapy are people who have major depressive episodes and do not benefit from “standard” antidepressants. But ketamine is not suitable for everyone, he cautions, and individuals should be assessed by a clinician. (This is a good moment to mention that you should consult your doctor before embarking on any medical treatment.)

Paul Glue, professor of psychiatry at the University of Otago in New Zealand, points out that the research so far suggests that in addition to depression, ketamine may also be used to treat different types of anxiety conditions, OCD, and anorexia nervosa.

“One explanation for this broad therapeutic effect could be that ketamine is affecting a personality trait common to all of these conditions — in this case, neuroticism,” he says.

Neuroplasticity may also be critical to how ketamine works, Glue adds. People with depression and other psychiatric conditions show brain connectivity issues that ketamine and other drugs could alleviate, he says. In turn, it appears the neuroplasticity ketamine induces also requires very low doses of the drug.

“Neuroplasticity is a broad term that relates to the brain's capacity to change — both in function and structure — in response to life experience or over time,” he says. “Ketamine and serotonergic psychedelics (e.g. psilocybin, MDMA) have common effects on cellular processes that promote new connections between nerve cells.”

“These neuroplastic effects occur at drug concentrations that are lower than those associated with psychedelic effects,” adds Glue. “[This report supports] the idea that microdosing of psychedelics might have useful effects on mood/creativity.”

When I initially poked into the ketamine therapy scene, the majority of providers offered in-clinic intravenous treatment. Mindbloom is one of the first companies to deliver ketamine into patients’ homes and try counseling using new video chat tools that have become a staple of life during the lockdown.

This mode of treatment suited my schedule and geography but also felt like a natural choice in a world coming out of lockdown. With pandemic-fueled depression soaring and social distancing still a thing, at-home teletherapy makes a lot of sense.

In the U.S., a doctor can prescribe drugs for “off-label” purposes that are not approved by the FDA. Ketamine is approved for use as an anesthetic, so it can also be prescribed for depression. Doctors at Mindbloom can mail clients prescribed ketamine tablets.

Mindbloom has a rather straightforward intake process to ensure you are eligible for therapy. Then, you embark on a series of six therapy sessions in which you take ketamine in a controlled environment and talk to guides and doctors over Zoom.

“It was as if my brain was being smoothed in a rock polisher.”

The first session involves taking an initial dose of ketamine, speaking with a trained Mindbloom guide before and after your trip, and having someone (Jimi) with you to make sure you don’t freak out on the drug.

As you go through the six sessions, Mindbloom sets up video appointments with a guide and medical check-ins. Doctors ask you over the computer about any side effects you might be having, inquire about your state of mind, and catalog any experiences you have on the drug, like hallucinations or epiphanies.

When I did my first session, I wasn’t sure what to expect. My tolerance for psychedelics is high, and so is my skepticism toward mail-order ketamine. I felt as if I’d left my body, but only a little. I didn’t have any breakthroughs or see any elaborate hallucinations, but I did have some intriguing thoughts on my life circumstances and felt a gentle sensation that my mind was tumbling in a series of foamy waves. It was as if my brain was being smoothed in a rock polisher.

After about an hour I sat up and it was over. I felt unusually calm. Jimi did not have to help me go to the bathroom.

My first therapy session was followed by what Mindbloom calls an integration session. Over Zoom, I talked with a guide about my experience and they advised me to dwell a little on those intriguing thoughts. I had a check-in with my Mindbloom-provided doctor, and based on what I told them, they upped my dosage a little from 400 mg to 600 mg. I got the pills for my next five sessions in the mail soon after.

My next session was substantially more visual and thought-provoking. This time it felt as if I’d left my body and was traveling someplace dark and expansive (space?). Suddenly, I found myself at the site of past trauma. It was as if I was there but in an abstract way. A sort of ghost of Christmas past situation. For me, it afforded an opportunity to view the traumatic experience through fresh, distant eyes.

For such a personal therapy experience, teletherapy is impersonal by design. But the Mindbloom guide and doctor with whom I worked were both highly empathetic and seemed to want to help. As we increasingly become accustomed to living and working over video calls, conducting therapy sessions via video makes sense. But taking medication and working with a professional over Zoom or another video chat provider is still an emerging area of medicine. I would not have had such easy and quick access to this therapy if it were not for teletherapy companies like Mindbloom — I am sure I am not alone.

Personally, I don’t see any dramatic upside to being in the clinic. The key benefits are garnered from the ketamine itself.

Was I cured of my issues? No, but that’s not really the point. I can say this: I came away from my teletherapy sessions with novel questions about some issues about which I’d long held static beliefs. To put it another way, it broke me out of a pattern of thought. And for several days after each session, I felt noticeably calmer. Perhaps many of us might benefit from having our brains polished now and again.

HORIZONS is a newsletter on the innovations and ideas of today that will shape the world of tomorrow. This is an adapted version of the June 2 edition. Forecast the future by signing up for free.