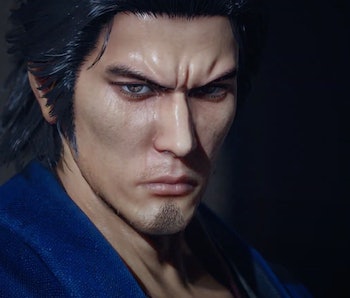 The Yakuza series has absolutely exploded in popularity in the West since the release of Yakuza 0, but even with that, there’s one title that’s remained out of the hands of Western fans. For years fans have clamored for a localization of the samurai spinoff Yakuza Ishin, and now that’s finally happening with a full-blown remake titled Like a Dragon: Ishin! As the first Yakuza title developed on Unreal Engine 4 there’s plenty of info to dig into, so here’s everything we know about Like a Dragon: Ishin!

When is the Like a Dragon: Ishin! release window?

The official release date for Like a Dragon: Ishin! is February 21, 2023. The game is a remake of Ryu Ga Gotoku: Ishin, which was originally released on PS3 and PS4 in Japan in 2014. Like a Dragon: Ishin is apparently built from the ground up on Unreal Engine 4, and will be the first title the studio has developed on the engine.

Yes, Like a Dragon: Ishin’s first trailer was revealed during Sony’s September State of Play presentation. The trailer is pretty short but it gives a good look at the tone and story of the game, along with the updated graphics and presentation. Fans of the Yakuza series will likely see a lot of familiar faces, which is what we’ll talk about next.

Like a Dragon: Ishin is currently planned for release on PS4, PS5, Xbox, and PC. While it was first revealed during State of Play, Sega confirmed in another trailer released shortly after the Sony showcase that Ishin will be multiplatform.

Like a Dragon: Ishin is indeed a Yakuza game, sporting the series’ name in Japan as “Ryu Ga Gotoku” roughly translates to “Like a Dragon.” Ishin fills an interesting spot in the series as it is a spinoff, but one that casts prominent characters from across the franchise as historical figures from the Bakumatsu period (1853-1867) of Japan.

The game takes place in 1860 in the city of Kyo, a fictionalized version of Kyoto. Series protagonist Kazuma Kiryu takes on the role of Sakamoto Ryoma, a real samurai that lived during the period. Other characters like Goro Majima, Shun Akiyama, and Ryuji Goda portray other figures and characters of the time period. Here’s the official description from Ishin’s trailer.

“In 1860s Kyo, a solemn samurai’s fight for justice stands to change the course of Japan’s history forever. Draw your blade and join the revolution in this heated historical adventure.”

Like a Dragon: Ishin uses a fast-paced action combat system like past games in the Yakuza series, unlike the most recent entry Yakuza: Like a Dragon. Ishin’s gameplay is most easily compared to Yakuza 0, as the game lets players swap between four different styles on the fly; Swordsman, Gunman, Wild Dancer, and Brawler. One of the more interesting changes with Ishin is that the combat system is built around using swords, as befitting of the time period. There are also the dramatic Heat Actions the series is known for, and the one we see in the trailer sees Ryoma summon a tiger to maul a bunch of enemies.

Of course, like with any Yakuza game players can also expect a wide array of minigames, substories, and side content. We’ll have to wait and see if the remake has all of the same content as the original game, but Ishin features minigames for chicken racing, fishing, gambling, karaoke, mahjong, Japanese dancing, and udon noodle making.

Like a Dragon: Ishin launches in February 2023 for PlayStation, Xbox, and PC.

More like this
Gaming
Jan. 27, 2023
Like a Dragon: Ishin blends Yakuza's weirdo humor with stylish samurai flair
By Jen Glennon
Gaming
Jan. 25, 2023
Everything you need to know about Forza Motorsport
By Joseph Yaden
Gaming
12 hours ago
Everything we know about the mysterious new Tekken 8
By Willa Rowe and Jess Reyes
LEARN SOMETHING NEW EVERY DAY.

This article was originally published on Sep. 13, 2022