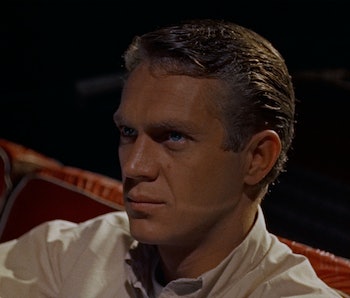 When you think about science fiction films what’s the first thing that comes to mind? Nowadays, it’s hard not to immediately think of serious blockbuster films like Blade Runner 2049, Interstellar, Arrival, or Alien: Covenant. But there used to be a time, decades ago, when science fiction films came in small and colorful packages and they were less interested in making you think as they were in making you squirm, cheer, and laugh.

Those kinds of films were especially present in the 1950s, ‘60s, and ‘70s, when movie studios were in the habit of producing cheap sci-fi B-movies that were all the rage at drive-ins and midnight showings. And when it comes to sci-fi B-movies of the 1950s, it just doesn’t get much better than The Blob.

The 1958 sci-fi monster flick is one of the most iconic films of its era — one that remains as enjoyable to watch today as it did over 60 years ago. And the good news? It’s available to stream on HBO Max now.

The plot of The Blob is just as simple as its title makes it sound — and that’s one of the film’s main charms. Set in a 1950s American small town, The Blob follows a large alien mass as it consumes every living thing that it comes across (and grows bigger in size every time it does), all while a pair of teenagers try desperately to convince the adults of their town to believe that it exists. It’s pretty standard sci-fi creature feature fare, but The Blob mines its premise, characters, and monster for all they’re worth.

One of the great joys of the film is how surprisingly well-drawn its characters are. The Blob’s central teenagers all feel like dimensional human beings — the kind you could believably run into in a 1950s American town. Even the film’s bit characters, like the bored cops who play chess with each other over the radio, feel fleshed out and alive.

It doesn’t hurt either that The Blob is filled with capable performers, including The Andy Griffith Show’s Aneta Corsaut and — most notably — Steve McQueen in his starring feature film debut.

The real star of the show is the Blob itself. Brought to life as a slithering, sticky red gelatinous mass, the monster is a wonder to behold.

The initial discovery of it in the film plays out a bit like a low-rent version of the discovery of the Xenomorph eggs in Alien, but the more the film goes on the more impressive of a creation the Blob becomes. It’s equal parts cheesy, ridiculous, and strangely unnerving. Part of that latter quality can be attributed to the way that the Blob is depicted throughout the film — namely, the way that its growing size impacts how it’s shown on screen.

At the start of the film, the Blob is often seen from above and shown simply rolling along the floor towards its next victim. As the film goes on and the alien grows larger though, the more it begins to rise up into the frame and the camera position changes until we’re the ones looking up at the creature as it bears down on us. It’s a simple trick, but one that proves seriously effective.

The Blob is a perfect time capsule. As a B-movie sci-fi flick, it could only have been made in the time that it was (as evidenced by the inferior 1988 remake). The film’s titular creature remains a sterling example of what 1950s movie monsters could be like when they were done right too, and the sequence when the Blob slithers and squeezes its way into a packed movie theater auditorium is still a joy to watch to this day.

And then there’s the film’s theme song (written by Burt Bacharach and Mack David), which is so delightfully silly and tongue-in-cheek that it needs to be heard to be believed. It’s just one of the many various parts of The Blob that shouldn’t work, but for some unexpected reason, does. The same can be said for the film as a whole — it’s a mini-miracle of a movie.

The Blob is available to stream now on HBO Max.