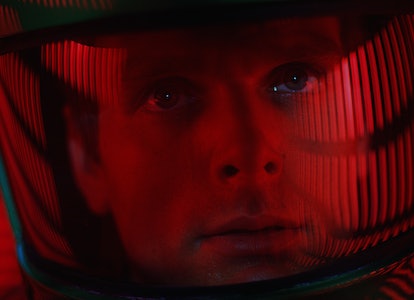 A tall black monolith is discovered buried beneath the surface of the moon. A group of scientists is sent to investigate it, but when they approach, all they hear is a powerful radio signal emitting from the object itself. Months later, a new team is sent to investigate the signal, which extends all the way to Jupiter.

No one understands the monolith’s purpose... and no one knows that it isn’t the first time the monolith has played a key role in the human experiment.

If it doesn’t, then you’re in for the ride of a lifetime. This isn’t just a great science-fiction film, but one of the greatest films of all time — and it’s streaming right now on HBO Max.

There is no science-fiction film more well-regarded than 2001: A Space Odyssey. Based on a short story by Arthur C. Clarke — who co-wrote the script with Stanley Kubrick — 2001 tackles many of the topics that have become pillars of the sci-fi genre, including human evolution, artificial intelligence, and space travel, and it does so with as much elegance and style as the genre has ever seen.

Visually, Kubrick brought his trademark long and steady takes to the film, which combined, give it a cold and observational look that just adds to its overall tone and mood. Meanwhile, structurally 2001 is essentially split up into a few different sections.

There’s the film’s iconic, wordless opening sequence, which shows a group of apes coming into contact with an otherworldly black monolith and shortly afterward learning to use bones as weapons and tools. That’s followed by the discovery and investigation of the monolith on the moon, which features some of the most operatic editing and filmmaking that Kubrick ever achieved.

The bulk of 2001 is dedicated to its third section. Beginning about 50 minutes into the film, 2001’s third section focuses on astronauts sent to investigate the monolith’s radio signal as they come into intense conflict with their spaceship’s HAL 9000 operating computer.

It’s in this section where 2001’s ideas about evolution and humanity come into focus, as HAL fights for his survival in a manner that makes you begin to wonder which of the film’s characters are actually acting the most like humans. It also climaxes with what might be the most unsettling death scene in any movie ever.

From there, 2001: A Space Odyssey enters its dreamlike, psychedelic final act, one that confused and perplexed audiences upon the film’s original release back in 1968 and has remained notoriously elusive in the decades since. Don’t worry, though, the film’s ending isn’t nearly as confusing as many think it is, and the sequence itself features some of the most awe-inspiring and beautiful imagery of any science-fiction film ever.

2001: A Space Odyssey was a cinematic achievement when it was released back in 1968 and was nominated for 4 Academy Awards in 1969 (only 1 of which it won). But the film’s legacy and reputation have far eclipsed its initial awards recognition.

The film has been a huge source of influence and inspiration for filmmakers ever since its release, and its impact can be acutely felt in the work of Steven Spielberg, George Lucas, Alex Garland, and — perhaps most of all — Christopher Nolan. Films like Interstellar, Close Encounters of the Third Kind, Alien, and even Ex Machina are all indebted in some way to 2001.

Despite the many imitations and homages that have been made of 2001 over the years, though, the film feels just as singular and compelling as it must have back in 1968. It’s a must-see for any science-fiction lovers out there, and one of the defining American films of the 20th century. It really doesn’t get any better than 2001.

2001: A Space Odyssey is available to stream now on HBO Max.