“I’m ready to tell you my secret now.” 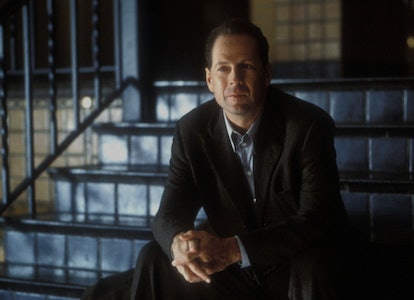 1999 is considered by many to be the best movie year of all time, but four out of the top five box office films that year were part of a larger franchise. Pixar continued its animated domination with Buzz and Woody in Toy Story 2. Riding the popularity of his first adventure, Austin Powers: The Spy Who Shagged Me, finished in third. The Wachowskis blew minds with The Matrix, which came in fifth and launched an unstoppable series. Star Wars: Episode I - The Phantom Menace is also a movie released in 1999 (and its biggest box office success).

But the second-most popular movie of the year was something entirely different.

The biggest standalone movie of 1999 was without a doubt M. Night Shyamalan’s The Sixth Sense, beating everything else except Star Wars: Episode I. It’s hard to emphasize how huge Sixth Sense was at the time. With barely any publicity, the movie made $293 million, which translates to roughly half a billion dollars in 2022 money. All of this for a twenty-something small-time director’s third movie, whose biggest credit at the time was co-writing Stuart Little.

The Sixth Sense is a decidedly old-school film, clearly made to replicate black-and-white films. Scenes fade to black, characters are quickly established, and dialogue explains most of the plot, as opposed to action. Roger Ebert wrote that the movie “isn't a thriller in the modern sense, but more of a ghost story of the sort that flourished years ago when ordinary people glimpsed hidden dimensions.”

At its core are Dr. Malcolm Crowe (Bruce Willis), a child psychiatrist, and Cole Sear (Haley Joel Osment), a troubled child who has mysterious scars appearing on his body. At the movie’s beginning, right as Crowe is celebrating an award given to him by the mayor of Philadelphia with his wife (Olivia Williams), an old patient breaks into his house and shoots him. Crowe feels a deep sense of guilt for this failure and hopes to get things right this time.

With the announcement of Willis’ retirement, it's worth looking back on the roles that turned him into one of Hollywood’s biggest stars. He was magnetic as John McClane and a weary boxer with a code of honor in Pulp Fiction. In The Sixth Sense, he’s even wearier. His life — the one where he was successful, the one where he had a happy marriage — is gone, and he can’t figure out why.

On the other side is Cole, a boy who has problems of his own. His mother (Toni Collette) is struggling after a divorce and none of his classmates like him. Even his teacher calls him a freak. Within him is a secret, something that seems to rule his life on a daily basis. Where are those scars coming from? He won’t tell anyone, not even his mother. Until he begins to work with Malcolm.

Speaking to Variety in 2019, Shyamalan said that “when Haley came in and read, I knew he was the kid the second he read it. I felt overwhelmed with that knowledge.” It’s still a stunning performance, especially with the knowledge that Osment was only 10 years old at the time. The first Millennial male to be nominated for an Oscar for acting, his performance is nuanced and haunting. Cole is tormented by his secret but feels that sharing his burden with anyone else would be too painful. The weight of his secret makes him angry, especially at anyone who looks at him funny.

What is his secret? Surely you know by now. Delivered on a bed, barely whispered to Malcolm, a freezing Cole says that he sees dead people. They’re everywhere. No Millennial could forget the terror in Cole’s eyes, which is what turned the line into one of the earliest internet memes. Shyamalan wanted to make sure audiences could see Cole’s breath, he tells Variety, but “CGI at that time was not perfected to the place where I felt comfortable that it could do breaths. So, we built a cold room. [Osment] wasn’t acting, it was cold, and you could see the physicality on his skin and the way he’s shivering.” It speaks to the strength of The Sixth Sense that even after decades of overuse, the scene still retains its power.

There are more twists and turns in The Sixth Sense, but the movie doesn’t rely on twists to make a worthwhile experience. With Malcolm’s help, Cole starts using his power for good, working to help solve the murder of a young girl (Mischa Barton). But fundamental to the movie is how both characters grow together. Cole learns that he’s not a freak, and Malcolm learns to be at peace with his new stage in life. It has a reputation as a terrifying thriller, but what makes The Sixth Sense stand the test of time is its heart.

The Sixth Sense is streaming now on Amazon Prime.