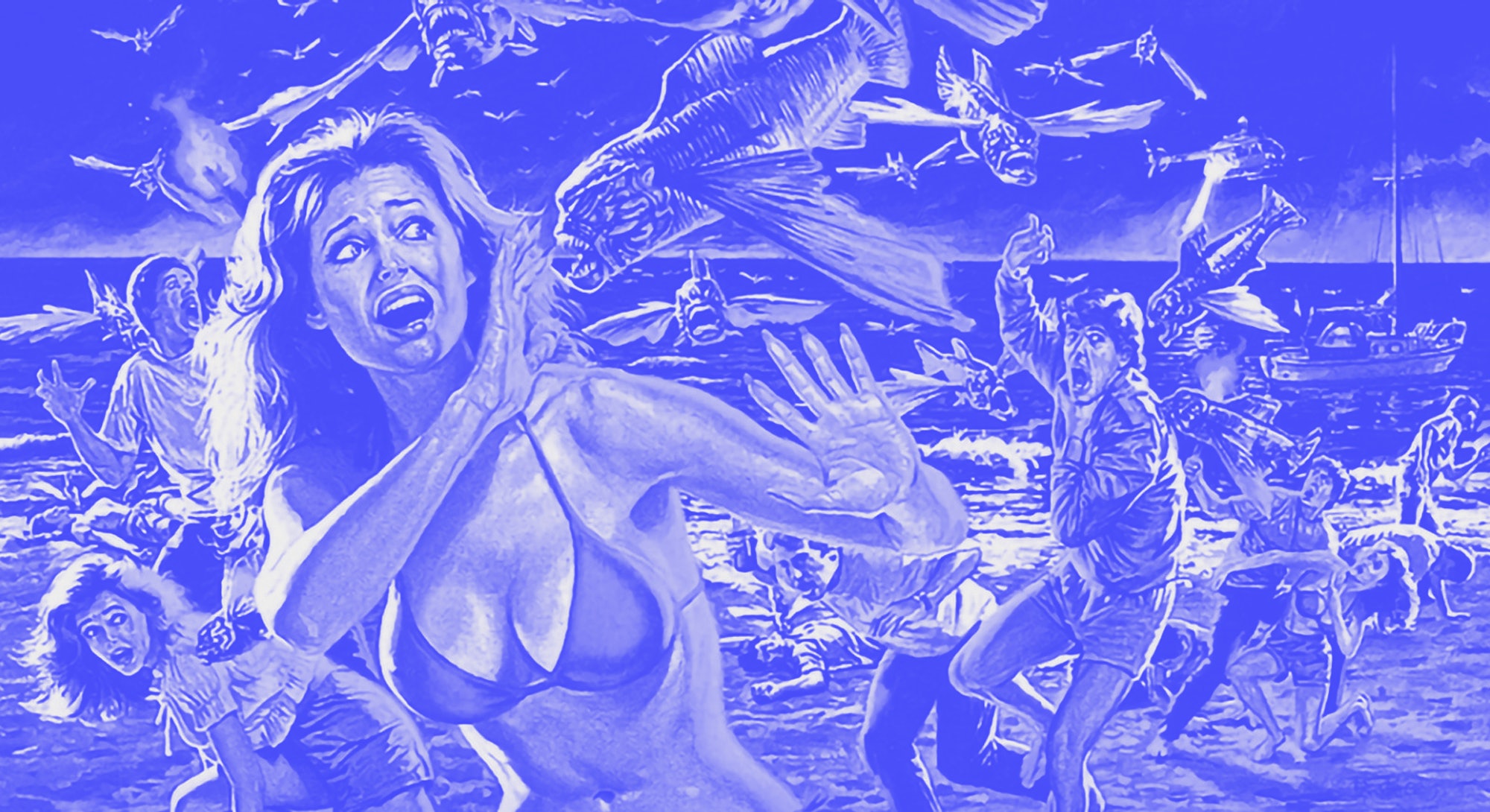 It’s only fitting that James Cameron — the man responsible for The Abyss, Titanic, and the forthcoming Avatar: The Way of Water — began his directorial career exploring the dangers of the deep blue sea. But while the self-proclaimed king of the world has proudly revisited his other water-logged epics for various special editions, re-releases and sequels nobody really asked for, he’s done his utmost best to leave his cinematic debut at the bottom of the ocean.

You can perhaps understand Cameron’s desire to distance himself from Piranha II: The Spawning, which celebrates its 40th anniversary on November 5, particularly if his version of events bears the most truth.

According to the Oscar winner, his contribution was limited to just the first two weeks of filming, with constant interference from executive producer Ovidio G. Assonitis apparently resulting in his swift dismissal (others claim Cameron was behind the camera throughout the whole shoot). And with the B-movie maestro believing he couldn’t sell Piranha II without an English name, and the young Cameron without the means to launch any kind of legal action (“I was sleeping on a friend’s couch. I didn’t even know an attorney”), the latter’s name was left on the credits.

Remarkably, Cameron wasn’t the movie’s first director to have (allegedly) been given his marching orders. Miller Drake, who’d cut his teeth as the head of post-production for Roger Corman’s factory, was initially chosen to helm the follow-up to Joe Dante’s cheap-and-cheerful 1978 horror. Drake’s vision centered on bringing Kevin McCarthy’s scientist back from the dead to cause more genetically-engineered mayhem. But with the actor unavailable, an entirely original (well, kinda) script was devised which had no relation to its predecessor. And Piranha II further veered off its original course when Assonitis replaced Drake with the film’s special effects director.

Cameron was initially ecstatic to receive the promotion. Although his early days were spent making miniature models for Corman films, most notably the “spaceship with tits” on 1980’s Battle Beyond the Stars, the Canadian always had ambitions to progress to the director’s chair. He’d already helmed 1978 short Xenogenesis and filled in for Bruce D. Clark on 1981’s Galaxy of Terror. Piranha II was supposed to be his golden ticket.

However, rather than fulfilling Cameron’s filmmaking dreams, the cash-in almost derailed them. He certainly wasn’t helped by the language barrier: most of the Italian crew didn’t speak a word of English. The budget was non-existent, with Lance Henriksen forced to pay $75 of his own money for his policeman Steve’s uniform. And Cameron was reportedly banned from the editing suite: he eventually broke in to cut his own take later released on home video.

Despite being hindered left, right and center, Cameron still walked away with some positives from the experience. Henriksen was so impressed with the aspiring filmmaker’s work ethic (“Jim is so tenacious, he was up in his room making rubber fishes because we didn’t have enough”) he gladly agreed to add some gravitas to his true calling card The Terminator and follow-up Aliens. The animatronics for the facehuggers built upon the mechanisms that helped the piranhas fly, albeit entirely unconvincingly, while the T-800 was conceived via a stress dream in the aftermath of his firing.

There’s little in the actual film, though, which suggests Cameron would become one of the most bankable Hollywood directors of all time. With acting that would embarrass your local amateur dramatic society, pointless non-sequiturs (prepare for the thrill-a-minute scene in which a hotel guest stacks boxes of food), and the incredibly fake-looking fish blatantly puppeteered by wires and sticks, Piranha II: The Spawning is every bit as terrible as its reputation precedes it.

It’s another half-hour before we discover those pesky critters can not only survive on dry land but launch themselves into the air, too. Before that, though, Piranha II continues to play like a farce. One lusty vacationer tries to ensnare a dentist by pretending to drown in three feet of seawater. Two female friends who spend most of the film without any clothes on tease a stuttering kitchen porter to get some free food. Even the apparent voice of reason, Tricia O’Neil’s scuba instructor Anne, can’t stop herself from jumping into bed with persistent love interest Tyler (Steve Marachuk) just moments after the pair have snuck into a morgue.

Tyler initially appears to be harmless, save for his problematic attempt at a Jamaican accent and banal chat-up lines (“do you come here often?”). Turns out, however, it’s his fault the fictional Hotel Elysium is about to come under attack from a plague of flying, teeth-sinking rubber fish. Tyler’s biochemistry team created the specimen as a form of weaponry but clumsily also managed to lose a cylinder of them somewhere off the Caribbean Sea. Admittedly, he partly redeems himself by helping Anne carry out the most logical next step — blow them all to smithereens — losing his life in the process after getting trapped in their new habitat. Thankfully, by this point, half the resort has already been massacred.

Cameron, or Assonitis, or whoever was in charge at the time occasionally stumbles upon something deliberately entertaining. There’s fun to be had watching a mob of hungry partygoers chant “We want fish” only to get bombarded by a parade of pimped-up piranhas. Steve Powder’s impressive ominous score also deserves to be heard over a film that induces scares rather than unintentional laughs. Yet such slithers of competency are few and far between.

After years of pretending Piranha II: The Spawning didn’t exist, Cameron finally accepted his share of the blame in a 2010 interview with 60 Minutes’ Morley Safer. “The best flying piranha film ever made” was his description with tongue firmly placed in cheek. A low bar that it only just clears by the skin of its rubbery joke shop teeth.