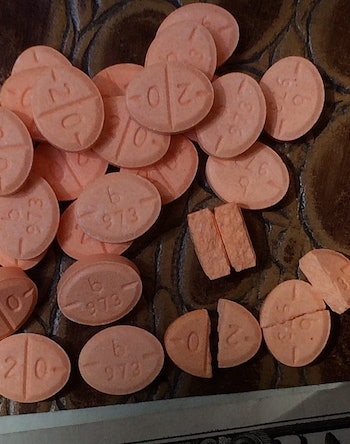 One child in Tbilisi, Georgia isn’t allowed to take the proven medications used to treat his attention deficit hyperactivity disorder. Another little boy, this time in Argentina, didn’t have any friends at his birthday party because A.D.H.D is so taboo in his community. A German mother laments that she’ll be considered a bad mom if she does medicate her child, and a bad mom if she doesn’t.

These stories come from a recent New York Times article in which author Katherine Ellison makes the case that while data from various countries demonstrates A.D.H.D. diagnose rates are rising, the disorder remains stigmatized in many communities. A public debate around A.D.H.D. — whether it’s actually a disorder and if so how it should be treated — is on the rise globally.

This is good in the sense that A.D.H.D. is finally being discussed — for a long time it was assumed to be an “American” problem that could be avoided in other countries with diet and strict behavior codes. It’s bad because debate means a lot of kids continue to not receive the help they need.

However, an increasing amount of developmental psychologists and social scientists around the world are acknowledging that A.D.H.D. is a heterogenous condition and not a social construction, which has been argued in the past. The impression that A.D.H.D only happened to American kids was in part because research was overwhelmingly done only in the United States. Now we know that the prevalence of A.D.H.D. is at least as high in many non-U.S. children but a lack of research and attention to the disorder by other countries is still an issue. While it’s estimated that five percent of the global population of school children have A.D.H.D., there are very few studies actually examining children outside of the United States and Europe.

A dispute about medication makes up for a huge portion of the conversation around A.D.H.D. It’s fair to say that it’s important to stay vigilant about over-medication and overt industry pressure to push out drugs designed to treat A.D.H.D. But staying wise to those potentially negative aspects shouldn’t keep kids from getting their prescriptions.

Ellison notes in her article that some parents in Georgia (the nation) try to smuggle their children stimulant medication, like Adderall, from the Ukraine. In other cases in the country, neurologists prescribe children medications used for dementia or psychosis to treat their A.D.H.D. The only stimulant allowed in Japan is methylphenidate, but even then medication is a less favorable treatment than psychosocial treatment. Amphetamine-type stimulants, like Adderall, are treated as narcotics.

Another issue of concern is that in countries where A.D.H.D. medications are prescribed, like Germany, there is no consistency in prescribing behavior among doctors. This contributes to the idea that A.D.H.D. isn’t a legit disorder that comes with its own diagnostic methods.

The growing recognition that A.D.H.D isn’t purely an American disorder is going to continue to have important implications for the medical care of children. But if and how those children receive medical care is hinged on further and focal research from academics worldwide. More scientifically backed findings means more kids being accepted in their communities.