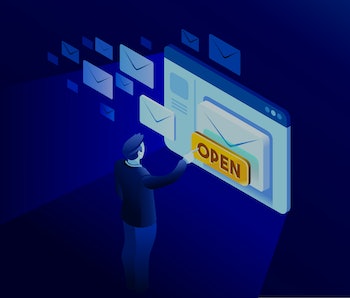 In December 2019, Mathias Nielsen posted a graph on Reddit with the title “What worries Reddit? What 1,000 people messaged me about over 2 years.” Less than a week later, he posted a new graph, this one including the data of 1,500 people. Another graph may be coming soon — Nielsen still has about 2,000 messages from users to sift through, and new ones come in every day.

The messages are sent to his account u/PM_ME_YOUR_WORRIES (PM stands for ‘private message’). Nielsen, who lives in Denmark, originally wanted “PM_ME_YOUR_FEARS”, but that one was already taken.

He started “worries” in March 2014, but he didn’t really use the account until the latter half of that year — that’s when he got his first serious message.

“When I realized it could be a great avenue for people who have no one else to talk with — an experience I’m intimately familiar with — I kept at it,” Nielsen tells Inverse.

Since then, anonymous people on Reddit regularly tell Nielsen what they are worried about — and he meticulously parses through them all, identifying what’s a serious message and what’s a joke, and responds.

In his analysis of 1,500 users’ messages over the past two years, certain patterns emerge: Most of the worries have less to do with external stressors, and more to do with emotional matters of the self.

The top three worries, just a few percentage points away from each other, are:

The list of worries also includes feeling a lack of purpose, loneliness, and physical health.

The most recurring themes appear to be those that fit into the life of an adolescent or “young adult man with an internet habit,” Nielsen thinks. The Reddit platform is certainly geared toward that demographic. Themes generally fit into three categories: fear of rejection (romantic and socially), fear of academic and professional failure, and a general lack of direction in life, he says.

When asked why these worries are so common among the people who anonymously send him messages, Nielsen thinks the reason is likely the same reason why he started this account in the first place.

People who have grown up in the digital age may not have other people they can share their most personal thoughts and emotions with, he says. And when you don’t have the ability to voice those issues, that’s when things can “sometimes spiral out of control,” he says. He experienced this personally, and it is “part of why I want to be a listening ear to those who have none.”

Nielsen hopes that the people who tell him what they are worried about “get somewhat the same realization I had when I started taking the account seriously — that they are not alone in their struggles.”

Acknowledging what you’re worried about is normal and “can be the first step to overcoming” those worries, he says. But until you are the right place to do that, Nielsen will be on Reddit, ready to listen and respond.