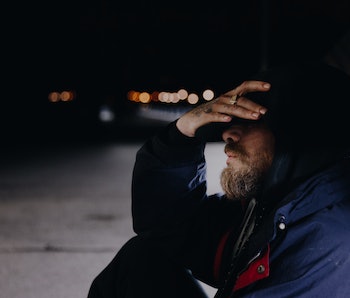 Suicide rates have increased in 49 US states since 1999 — Nevada is the sole exception, with a 1-percent drop — and public health researchers say chronic pain could be a contributing factor. In a study published Monday in the Annals of Internal Medicine, a team of researchers at the Centers for Disease Control and Prevention found that a significant number of people who died from suicide over an 11-year period lived with chronic pain. These results highlight the importance of access to adequate care for chronic pain, an issue that has become especially salient as doctors’ fears about the dangers of opioids have led many to under-prescribe medication for chronic pain patients.

In the new paper, researchers looked at details of over 120,000 people listed in a national database as having died from suicide in the United States between 2003 to 2014. They found that 8.8 percent had lived with chronic pain — including back pain, cancer pain, and arthritis.

While the study does not prove that chronic pain ultimately drove people to end their lives, it highlights a population that may be at high risk. The data, collected from 18 US states participating in the National Violent Death Reporting System, also show a clear trend in mental health issues, such as depression and anxiety, being more common among individuals with chronic pain.

“Health care providers caring for patients with chronic pain should be aware of the risk for suicide,” Emiko Petrosky, M.D., M.P.H, a CDC epidemiologist and the study’s lead author, told Reuters Health. “Chronic pain is a huge public health problem. It’s essential that we improve chronic pain management through integrated patient-centered management that includes mental health care in addition to medications for these patients.”

Chronic pain patients with mental health issues — especially those with a history of substance use disorder, another risk factor for suicide — can sometimes fall between the cracks when it comes to receiving appropriate care.

As Rhonda Teem told Inverse in June, a series of spinal surgeries left her in constant pain. But prescription opioids didn’t give her sufficient relief, which led her to buy drugs on the street, and when she went to the emergency room, she was dismissed by doctors as a drug-seeker.

“I’m a believer in Jesus Christ. Ever since that surgery I had been begging him to take me,” she told Inverse. “Lord, please don’t let me wake up. I’ve got a [do-not-resuscitate order]. I’m 47 years old for crying out loud.” And while Teem has since found alternative relief with the plant drug kratom, many chronic pain patients don’t receive the relief that could contribute to improved quality of life.

“Our results highlight the importance of pain in quality of life and premature death, and contribute to the growing body of evidence indicating that chronic pain might be an important risk factor for suicide,” write the study’s authors. And whereas it might seem logical to link opioid use to suicide, only 16.2 percent of the decedents in the study died from opioid overdoses, with 53.6 percent dying from firearms. These numbers suggest that sufficiently medicating people with opioids could be an acceptable risk in the face of chronic pain’s contribution to suicide risk.

They also note that the problem seems to be growing, as the percentage of suicide decedents who lived with chronic pain grew during the study period, from 7.4 percent in 2003 to 10.2 percent in 2014.

If you are thinking about hurting yourself, help is available. Reach out to the Suicide Lifeline or a mental health professional.

More like this
Science
8.3.2022 3:44 PM
Ground-breaking technology restores dead organs back to a life-like state
By Miriam Fauzia
Science
8.5.2022 6:00 PM
How is nature connected to well-being? It's complicated, scientists say
By Tara Yarlagadda
Science
8.9.2022 10:30 AM
Is my dog depressed or happy? Pet experts explain how you can tell.
By Tara Yarlagadda
Related Tags
Share: