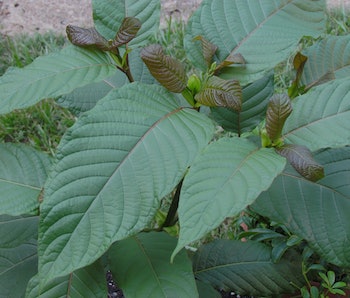 The herbal drug kratom has recently received plenty of media attention, both from its proponents who say it gives them relief from chronic pain and opioid dependency and from federal regulators who say it is too dangerous to consume. The debate continues to rage, at least in part, because we don’t know much about its potential for addiction and harm. Now, new research published in the Journal of Psychoactive Drugs fills in crucial holes in our knowledge about its potentially addictive qualities by outlining the psychological symptoms of kratom withdrawal, as reported by users in Malaysia.

The drug is derived from a shrub (Mitragyna speciosa) native to southeast Asia, where it has been widely used for hundreds of years as a mild stimulant but is currently prohibited in many countries, including Malaysia. Nevertheless, in the study, a survey of 150 Malaysian kratom users by researchers at the University of Science in Malaysia shows that 70 percent of users experienced mild anxiety after quitting kratom and 30 percent experienced moderate anxiety. The team also found that 81 percent of the survey respondents reported mild depression when they quit drinking kratom tea, and 19 percent reported moderate depression.

Notably, they found that, while those who drank four or more glasses of kratom tea a day were about three times more likely to experience moderate depression, anxiety did not seem to be affected by the amount of kratom that a person used.

“Our results indicated that cessation from long-term and chronic kratom tea consumption (≥ 4 glasses) was not associated with significant or severe anxiety and depression symptoms among traditional kratom users,” write the researchers, led by Darshan Singh, Ph.D..

These psychological symptoms of kratom cessation help fill in a bit more of what we know about kratom’s effects on the human body.

“Respondents claimed that kratom withdrawal effects can be felt once the user abstains abruptly from kratom use,” the researchers write. “The withdrawal effects usually become more intense after about five to nine hours after the last kratom drink, and the harshness of withdrawal largely depends on the quantity of kratom consumed.”

This “harshness” can include muscle and joint pain, fatigue, watery eyes and nose, and appetite loss. Survey respondents, all of whom were men and 92 percent of whom were employed, reported that, on average, their physical withdrawal symptoms lasted for an average of 2.8 days. But their psychological symptoms usually lasted two to three weeks, especially if they drank more than three glasses of tea a day.

Singh has previously examined kratom’s effects on users, finding that most kratom users experienced pain issues when they stop drinking kratom tea, and almost half experience sleep disturbances. In a 2014 survey, Singh found that more than half of 293 kratom users he surveyed experienced “severe kratom dependence problems,” including physical withdrawal when they stopped using.

Kratom has been described as an “atypical opioid” because it activates opioid receptors in users, though not in the same way that conventional opioids like heroin and fentanyl do. For this reason, it makes sense that users experience physical and psychological withdrawal symptoms after long periods of regular use. Despite the fact that many physical laborers like to use kratom for its stimulating and pain-relieving effects — most of the respondents in the latest survey are physical laborers — its habit-forming quality is the reason it is banned in Malaysia.

These same qualities, as well as 44 deaths that the FDA blames on kratom, could lead to the drug becoming illegal in the US as soon as this year, though that fight is still ongoing.

Though this latest research may not sound like it’s scoring kratom any points, more information about the substance’s safety profile can only help a more well-informed public health discussion. C. Michael White, Pharm.D., head of the University of Connecticut’s Department of Pharmacy Practice, has proposed a middle way for kratom regulation in the US and says this survey data is valuable because it gives a sense of real people’s experiences with kratom.

“Dr. Singh found that kratom is associated with feelings of depression during withdrawal and that with the larger the amount of Kratom chronically ingested the worse the symptoms of withdrawal,” White tells Inverse. “These adverse events were of mild intensity for most but of moderate intensity among heavy users.”

White also points out that, as in any case of medical research, observational data like that used in this survey is less useful than a controlled trial. For instance, it would be valuable to see how kratom withdrawals compare to withdrawal from conventional opioids.

“Observational studies suffer from some inherent biases that limit their strength of evidence but are much better than anecdotal reports. As such this is a valuable addition to the scant literature on kratom,” he says.

In the debate over the future of kratom, which often seems to be framed in terms of scare tactics from the FDA or vast underselling of kratom’s addictive potential perpetuated by groups like the American Kratom Association, facts like these are valuable. Now we’ll see if federal regulators are paying attention.

More like this
Science
7.26.2022 1:00 PM
Some people with epilepsy find relief with CBD — but the market is murky
By Kaiser Health News and Eric Berger
Mind and Body
7.30.2022 2:00 PM
Why does eating pineapple sting? A food scientist explains the chemistry
By Elana Spivack
Science
8.3.2022 3:44 PM
Ground-breaking technology restores dead organs back to a life-like state
By Miriam Fauzia
Related Tags
Share: