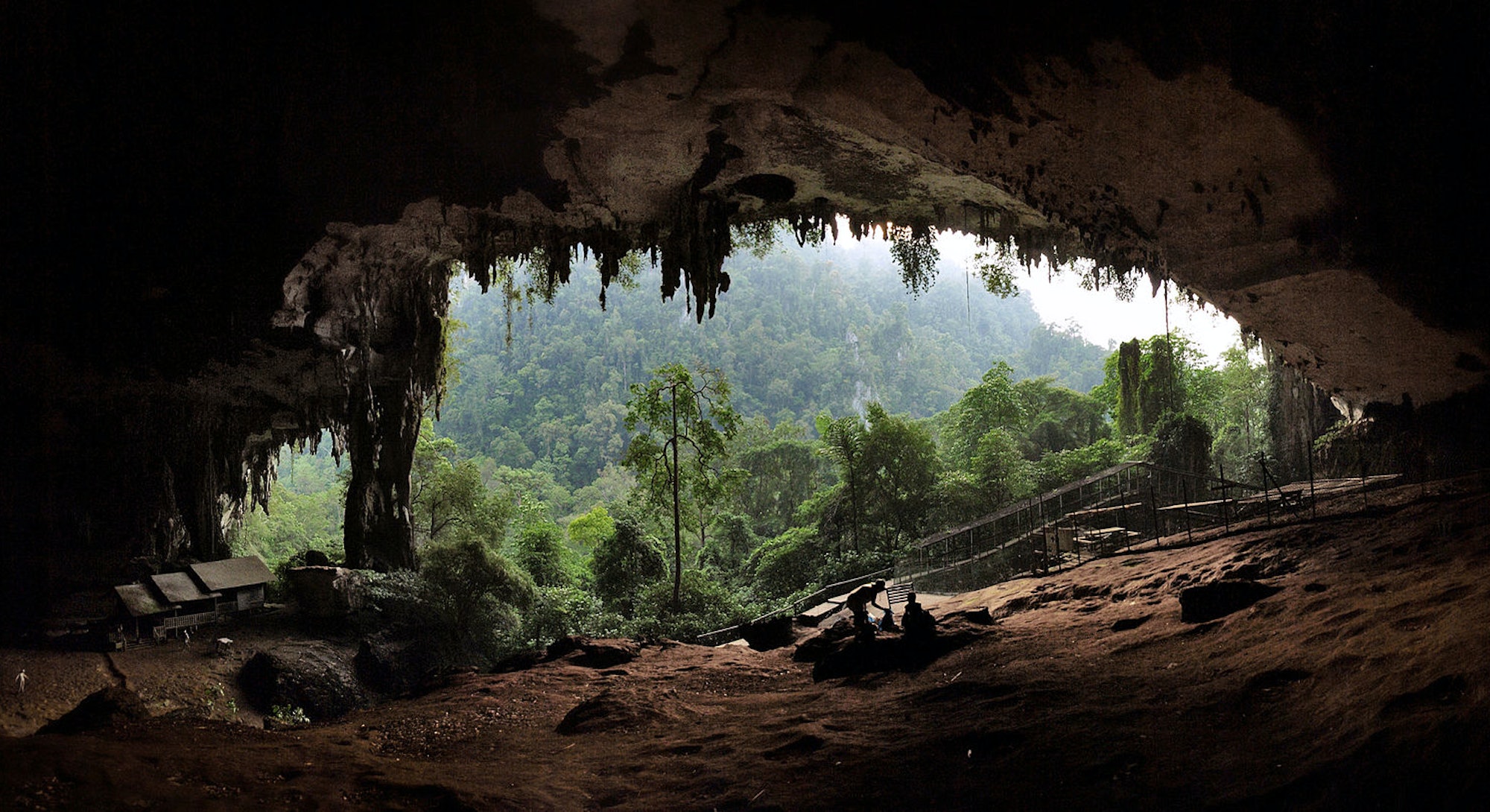 The Niah Great Cave complex is surrounded by a dense jungle on the island of Borneo in East Malaysia. Consisting of limestone, it was formed millions of years ago during a tectonic shift and later became home to ancient humans.

Details about the hunter-gatherers who lived in this massive cave are scant, but a new study adds depth to their existence with information about their diet, and it’s the Late Pleistocene version of “you are what you eat.”

From 1957 to 1958, husband-and-wife archeological team Barbara and Tom Harrisson excavated three human mandibles (jawbones) from the West Mouth of the Niah Cave. These mandibles have been newly evaluated by scientists, who published their findings Wednesday in the journal PLOS One.

These mandibles, the scientists say, offer insight into at least one aspect of ancient, tropical life: What these literal cave people ate.

“Every time I go to Borneo and walk through the rainforest, I’m struck by it’s beauty, but also by just how tough a place it is to live, despite its vast biodiversity and ecological richness,” study co-author and University of New South Wales associate professor Darren Curnoe, Ph.D. tells Inverse.

“Our new findings give us a small glimpse into the past and show us how these remarkable and resilient people survived in such challenging places. I’m reminded of just how remarkable the human species really is.”

Information on diet comes down to the oldest mandible: This lower jawbone was smaller and robust than the others, details that Curnoe and his team interpreted as signs of diet consisting of palm plants and tough, dried meats.

This diet has previously been identified in the Niah Caves and indicates that the people who lived here had to adapt to an economically challenging environment — humans, ancient or not, can’t easily consume these foodstuffs.

“Our new findings give us a small glimpse into the past and show us how these remarkable and resilient people survived in such challenging places.”

Curnoe reasons that the way early humans here were able to adapt to this intense diet was by having small bodies and ruggedly built jaws. Torpical rainforests are some of the most challenges places on Earth for foraging — most food is high in the canopy and what’s on the ground is typically toxic or extremely hard to catch. Dried meat, Curnoe points out, could have been a literal life-saver on days where fresh food was imposisble to come by.

Diet, Curnoe believes, is an “important part of understanding how humans have evolved and changed and adapted through time.” By studying ancient diets, we get a peak into our past and perhaps get clues to what can be changed about our diets today.

“It’s a truism to say that we are what our ancestors ate!” says Curnoe. “With so many health challenges today linked to our diet, I think we can learn something from the past to help us understand how we might live well today.”