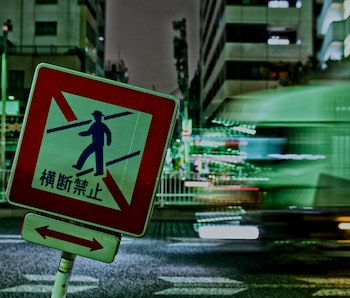 The way humans make sense of life is by organizing it. Compartmentalizing brings order to the chaos and creates a sense of commonality, as well as a shared language that builds understanding. This is why we have signs and gestures. This is why, when you see a drawing of a thought bubble around a light bulb, you know that the image depicts a bright idea.

But nothing translates perfectly across all cultures: The color red, for example, could mean stop, an emotional state, or that something is politically radical. That’s where semiotics comes in — the science of communication and sign systems. People who study semiotics research how humans devise varied meanings for things and then transmit that knowledge through a nonverbal symbols. Understanding the meaning and implied action of symbols brings together the worlds of anthropology and philosophy — and gives us a cheat code to the human psyche.

Inverse spoke with anthropologist, linguist, and semiotics scholar Marcel Danesi about the study of symbol making. A professor and director of the Research in Forensic Semiotics at the University of Toronto, Danesi is a Fellow of the Royal Society of Canada who has literally written the book on semiotics. He’s part of a rich scholarly tradition that began with Hippocrates, was tweaked by John Locke, and has become revolutionized by the spread of technological communication.

In what ways is semiotics a part of everyone’s daily lives?

The way I start off in all my classes is to point out that we are all semioticians of our own environments. If I were to raise my second and third finger up in the air, and asked you ‘what does this mean?’ — nobody I’ve ever asked that has said, ‘Aha! A couple of fingers sticking up!’ Nor do they smell or taste them like a cat or a dog. Almost everyone says the fingers mean either victory or peace.

In other words, our brain does not see the world directly through its instincts, senses, but transforms whatever information comes into the world and decides structures, such as those two fingers. On one level semiotics has a sophisticated lexicon to classify all the signs we can meet — that’s a technical part. The other part is figuring out how do we connect a sign to the whole world of culture and information. Some are easier than others — when people raise a hand it is to say, how are you; it has little nuance to it. But all the meanings we give to signs accumulate from culture and are imprinted on one’s mind. We find these signs in language, in physical actions, and on and on.

How is semiotics connected to other schools of thought and how do these influence our perception of meanings?

Semiotics is more of the tool to make meaning out principles and ideas, both verbally and nonverbally. Anthropology is involved because signs have a direct relationship to language and human relationships. But it doesn’t stop there! There is a reason why it is an interdisciplinary study. Psychologists use semiotics to understand how we think, and interpret the things we find, being it symbols, text, or mathematics. What’s more symbiotic than an equation?

Because semiotics allows us to understand actions, rituals; all kinds of exchanges between human beings, it really is a common form of knowledge for all kinds of disciplines.

You’ve written a book on the history of the kiss and given a TEDx talk on the subject. What inspired you to look into the semiotic meaning behind kissing?

Originally, I was a linguist. I had been teaching for almost 45 years at the University of Toronto — Toronto has one of the first ever undergraduate programs in English speaking world for an actual degree in semiotics — and they asked can you help out? So I joined Victoria College, which is the college of semiotics here and is very popular. (The University of Toronto is divided into colleges and each college has its own specialization.)

As I started to teach these huge classes classes I said to myself, ‘If you look at the technical writings of semiotics, especially the founders like who the heck is ever going to understand them?’ It’s unnecessarily technical. So my goal at the very beginning was to make semiotics as accessible as possible to students and ultimately to the world. Most of my students — and myself — wanted to use semiotics to understand everyday life.

I began to focus on common ideas and interactions, which informed my own semiotics research. Recently I wrote a book on the history of the kiss. Where did that come from — it’s one of the most disgusting things you can do! You exchange saliva. So I thought to myself, there has to be a history behind it. The meaning of a kiss has accumulated in romantic topics — imagine going to a romantic movie and there’s no kiss! That never happens.

(In his research Danesi found that in medieval times a kiss was used to express different things — it was simultaneously seen as a precursor to a betrayal, an expression of carnal desire, or a symbolic act between spouses of “exchanging souls.” It was around this time when kissing first became a popular image associated with romance.)

What do you think are some of the most fascinating concepts you’ve come across in your research?

My emphasis is on the everyday life. I’ve also done an awful lot of work on the idea of metaphors — how we think in that way and how it pulls all of us. We tame this poetic instinct when we go to school or work, but this drive to put poetry into meetings never subsides.

Right now I’m writing a book for a major publisher in England — it’s almost finished — on emojis! Because the basic idea of semiotics is looking for signs that interconnect all of us these symbols — emojis — make for a fascinating study.

So I can’t say that I like just one thing — if you’re only focused on one topic, in my view, you’re a boring semiotician. And I love all of it! I’m still teaching at the age of 70 and I’m fascinated by it all.

More like this
Innovation
8.4.2022 11:00 AM
X-Ray study adds to the mystery shrouding shrunken heads’ origins
By Sarah Wells
Science
8.14.2022 9:00 PM
Ancient lore reveals how warriors manipulated their enemy’s senses in battle
By Adrienne Mayor and The Conversation
Gaming
8.14.2022 3:00 PM
You need to play the most exhilarating free game on Nintendo Switch Online ASAP
By David Grossman
Related Tags
Share: