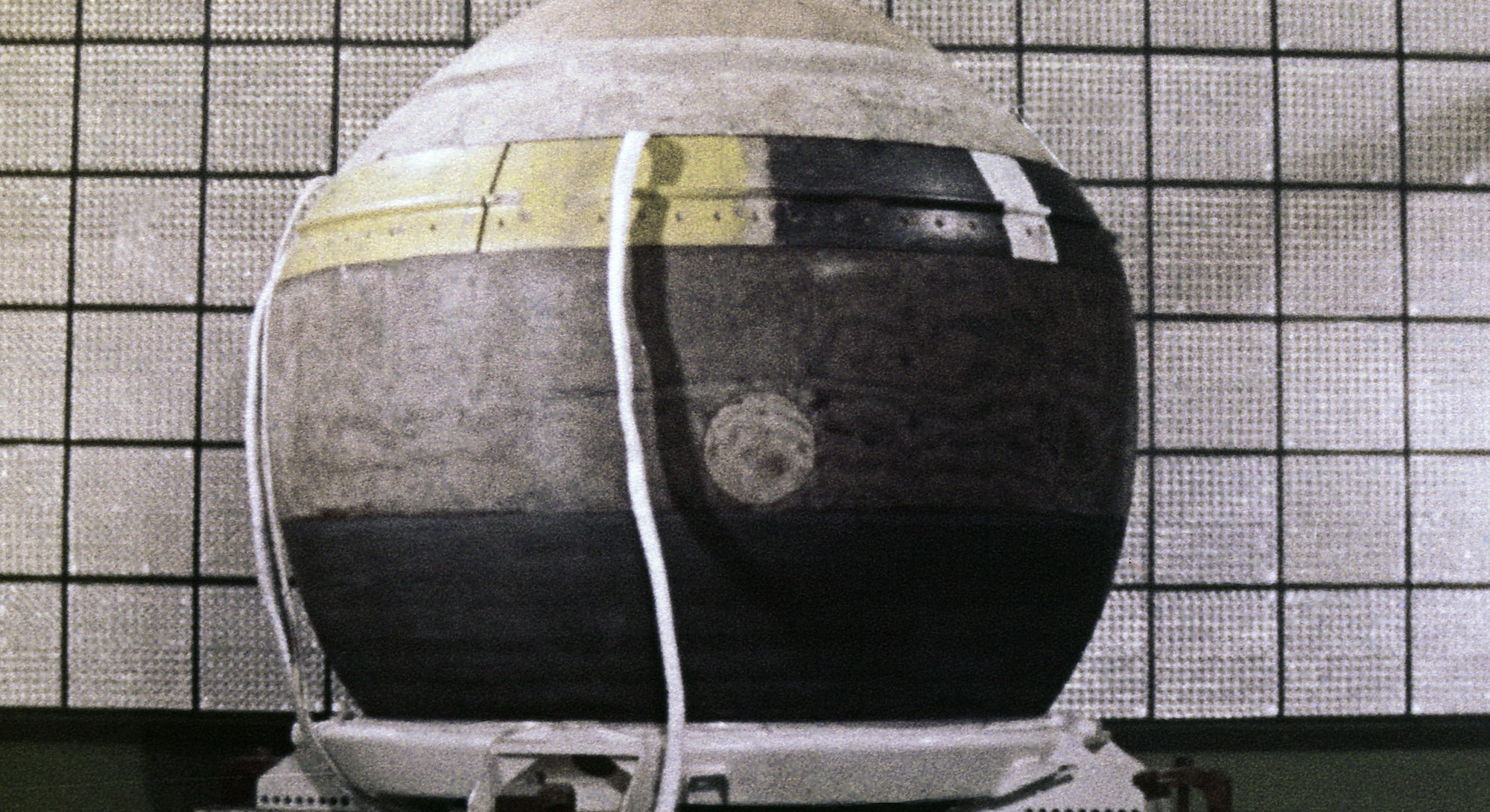 After the USSR launched Sputnik 1 in 1957, the space race quickly gained momentum. A decade later, the first space probe that entered the atmosphere of another planet while still operational did so successfully — 55 years ago today, on October 18, 1967. Venera 4 arrived on Venus and began sending data about the planet’s atmosphere until it lost contact thereafter, also making it the first space probe to send data from inside the atmosphere of another planet.

The spacecraft revealed more than any mission previously had about another planet, but the mission also alluded to how the USSR was managing its public image when it came to the space race.

Venera 4 landed on Venus just one day before the arrival of Mariner 5, a US spacecraft originally destined for Mars that had been modified and sent to our sister planet to collect data on its atmosphere, but as a flyby mission with no probe, marking a minor space race victory for the USSR.

“Interestingly, although you might have thought that the Russians would concentrate on Mars, it being a Red Planet, they actually concentrated on Venus for a lot of the Soviet era,” Jonathan McDowell, an astrophysicist at the Harvard-Smithsonian Institute, member of the Chandra X-ray Telescope team, and a space history archivist, tells Inverse.

While the USSR set its sights primarily on Venus, it hadn’t entirely forgotten about Mars.

According to McDowell, “Americans were focusing on Mars, and [the Soviets] knew they couldn’t beat the Americans at Mars. But, come to think of it, they did try Mars a number of times, [but] they just kept failing. They kept failing at Venus as well, but they tried enough with Venus that they eventually had some success.”

The USSR actually had a Mars program where similar to NASA’s approach with the Mariner 5 spacecraft, the same spacecraft design was used for both Mars and Venus.

“They [the USSR] launched a bunch of them, and a lot of them failed before getting out of Earth orbit. So, they got codenames like Kosmos 21. Translation: it got as far as Earth orbit and then died,” McDowell says.

Initially, two versions of Venera 4 were constructed and launched. The second one launched just five days after the first, but it never left Earth orbit due to an engine malfunction. Unsurprisingly, given the USSR’s modus operandi, this mission earned itself the name Kosmos 167.

What made Venera 4 stand out from its predecessors wasn’t simply that it arrived at Venus intact — without overheating before reaching the atmosphere like Venera 3 — but also that the space probe was engineered to survive for a relatively long time once inside of the planet’s hot and high-pressure atmosphere, particularly compared to what we are used to here on Earth.

The surface pressure of Venus exceeds 75 times that of Earth’s at sea level (measured in bars), and temperatures can reach up to 900 degrees Fahrenheit.

“Trying to make a piece of hardware that can survive crushing pressures and all those temperatures is not easy. Especially if you're trying to have parachute strings that don’t melt,” McDowell explains. “The idea is that once it's down to a certain altitude, it releases a parachute and then floats down and lands on the surface and then makes measurements of temperature and pressure on the surface. But, in fact, it returns temperature and pressure data on the way down.”

Despite the fact that after entering the atmosphere, the Venera 4 rapidly lost connection, the Soviets were confident that the probe had landed on the planet’s surface.

“They [the Soviets] initially claimed it had landed. But later, they realized it hadn’t. It just landed on the top of a very tall mountain,” McDowell says. “And then later they realized, no, actually, it was crushed in the atmosphere before it hit the surface. It took a long time before the Soviets kind of went back on it. Once Venera 7 landed successfully, like quietly, you know, [the USSR] started listing Venera 4 as not having landed.”

The manufactured story about Venera 4’s (faux) landing became another example of the USSR’s tendency towards secretiveness and their tendency to dictate history as they desired, as opposed to how it actually happened.

Nonetheless, the incorrect interpretation of Venera 4’s landing ultimately became attributed to the radio altimeter. It would give the same radio signal signature every 18 miles. This effect is called aliasing and makes altitudes that are a certain distance apart indistinguishable. Initially, the Soviet scientists interpreted the first signal to come from an altitude of 16 miles, which was thought to be approximately where the cloud tops were with respect to the surface (though, this was unconfirmed).

Were this the case, Venera 4 would have successfully landed. However, due to inconsistencies with other data, it later became clear that the actual altitude of the first signal was from 34 miles above the surface and that the ship never made it to the ground intact.

Regardless of Venera 4’s controversial, or supposed landing, on Venus, it provided important scientific insights.

Venera 4 carried a number of instruments on board designed to collect data relevant to the characterization of Venus’ atmosphere including gas analyzers, an altimeter, thermometers, a barometer, an atmospheric density gauge, and radio transmitters. All of these were contained within a 844-pound lander probe.

The main bus that had carried the lander and detached from it prior to its descent through the Venusian atmosphere measured that the planet had a weak magnetic field, but detected no radiation belts.

Prior to Venera 4, the temperature, pressure, and composition of the atmosphere were largely up for debate. While it was largely thought the planet was hot, one paper from MIT proposed that Venus was experiencing an ice age. Estimates for surface pressures ranged from several to thousands of atmospheres.

“To sum up, it was the first in situ confirmation that Venus' lower atmosphere was indeed very hot (something that was suggested from prior remote microwave observations),” Emmanuel Marcq tells Inverse. Marcq is a professor in atmospheric science at Université de Versailles Saint-Quentin en Yvelines (UVSQ) and at Laboratoire Atmosphères, Milieux, Observations Spatiales (LATMOS) who specializes in telluric atmospheres — and particularly the atmosphere of Venus.

“It did pave the way for later missions that could reach and operate at the surface, like Venera 9 and 10 in 1975 (more historically significant in my opinion: first pictures taken from the surface of another planet, a few months before NASA's Viking pictures from Mars),” Marcq says.

The data had been useful in 1967 to validate the atmospheric models that scientists had already predicted for the planet, but in the same sense that the geologic data from Venera 8 is still used for studies today, can data from the Venera 4 be helpful in the same way?

“The fact that it was a Soviet mission more than 50 years old does not help in that regard (even some data from Apollo or later Viking missions cannot be read anymore because the digital file formats used back then were not documented and the scientists/engineers involved are now retired and/or dead...),” said LeMarcq.

Venera 4 was a leap forward at the time, providing important data for scientists and meant big strides in aeronautical engineering. Fifty-five years later, it still has its place as a major landmark in space exploration history and serves as a reminder of revisionist history.