Ahead of COP26, deciding between Mad Max and Waterworld 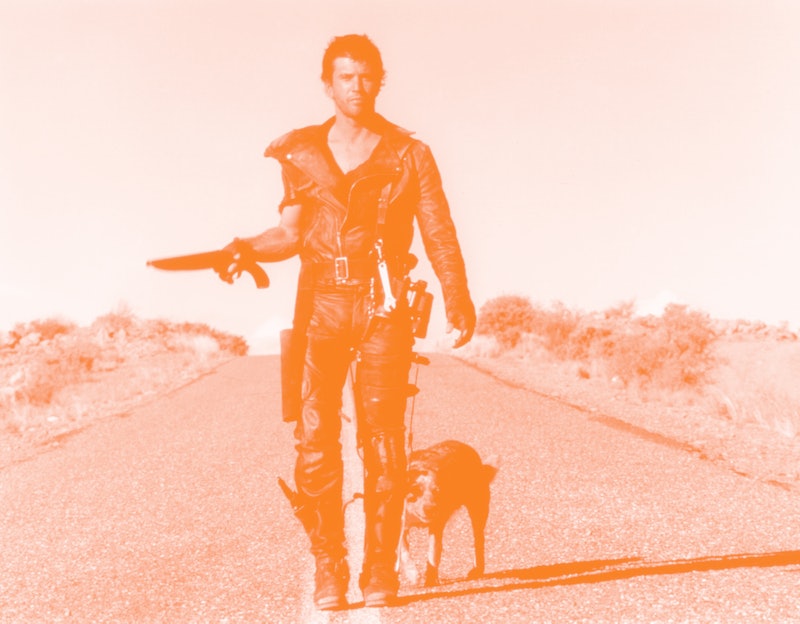 It really doesn’t feel like a lot, does it? It’s barely noticeable if you’re in your back garden, and the temperature goes from 65° to 68° Fahrenheit. Did the temp change? Didn’t feel it.

But if the global average air temperature goes up by that amount — let’s call it 1.5° Celsius (2.7°Fahrenheit) — it’s essentially the beginning of a movie like Mad Max. Or Waterworld.

Crack open the 2016 banger “Differential climate impacts for policy-relevant limits to global warming: the case of 1.5 ◦C and 2 ◦C” in the journal Earth System Dynamics for explicit statistical calculations on some real-life doomsday chum, like lower agricultural yields and the rapid death of coral reefs. It’s dreadful.

This brings us to Glasgow, Scotland, and our lead story for today.

Before we get going — A huge thank-you to Claire Cameron, the managing editor at Inverse, for doing an incredible job filling in for me while I was away. There’s a new standard, folks.

A technical note — We know our consecutive open counter is broken and we’re trying to fix it. If I could put in one of those Under Construction GIFs that you would see on a website in the 1990s here, I would.

This is an adapted version of the Inverse Daily newsletter for Friday, October 29, 2021. Subscribe for free and earn rewards for reading every day in your inbox. ✉️

The COP26 primer — As world leaders prepare to gather at the UN climate change conference, there are three critical reasons why we need to pay attention to COP26, writes Tara Yarlagadda. Here’s a preview of her story:

While many Americans head to Halloween festivities, many world leaders will be in Scotland for a very different social event — the sort that could determine Earth’s future.

Joined by climate scientists and activists, they’ll be in Glasgow from October 31 to November 12 for the 26th Conference of the Parties to the United Nations’ Framework Convention on Climate Change. (That name is a mouthful so it’s also known as COP26.)

As climate anxiety mounts, it’s easy to tune out the chatter about the climate crisis. Our advice? Don’t. Here are three reasons why everyone needs to pay attention to COP26.

Read the full story on COP26 and the 3 reasons why it’s a critical event this year.

Would you like plasticizers with that? — As a new generation of chemicals slowly pushes out ortho-phthalates, researchers still worry about the prevalence of plasticizers in fast food. Here is a snippet of the story from Nick Keppler (new guy!):

Plasticizers, chemicals added to plastics to make them softer, sturdier, and more flexible, are creeping into fast food, according to a new analysis.

Researchers from George Washington University’s public health school found both ortho-phthalates, an older class of plasticizers whose toxicity lead the U.S. and European Union to restrict their use, and newer replacement plasticizers, whose health impacts are not clear, within orders purchased at popular fast-food chains.

Hamburgers, fries, chicken nuggets, chicken burritos, and cheese pizza were all found to have some plasticizers.

What’s next for The Boring Company — Musk’s tunnel-digging company, The Boring Company, is moving ahead with a bold new agenda to connect Las Vegas with cars running under the city: Here’s a preview of the story from Mike Brown:

The Boring Company is about to expand its first public route — and it’s about to link up the city of Las Vegas.

Last week, the company confirmed via Twitter that it’s set to expand its Las Vegas Convention Center project. The expanded version will offer 51 stations of publicly-available transportation over 29 miles.

The expansion will transform The Boring Company’s first project from a small line across a convention center into something that takes people across an entire city.

The 6 spookiest planets of the cosmos — Passant Rabie reports on six planets that are hellish, scary worlds where you don't want to be. Here’s a preview:

From vicious black holes that swallow up everything around them to undetectable dark matter that pushes the boundaries of the expanding universe, the silent void of space is as spooky as it is mysterious.

But perhaps nothing is more terrifying than the thought of ending up on a fiery world with raging volcanoes, iron rain, or hellish temperatures. These horrifying planets are perhaps the last place you want to be, especially if you’re alone. Here’s Inverse’s guide to the planets where you least want to spend your Halloween.

See the full rundown of real-life hell worlds to spark your imagination.