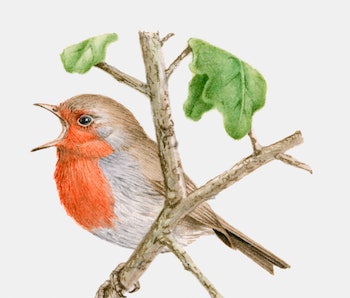 Are you a morning person? I have always functioned better in the early hours — even despite the fact I also spend at least an hour awake every night at about 1:00 a.m. worrying (often about the fact I can’t sleep, the irony). Your answer may be a window into your personal chronotype — your biological tendency to ramp up activity in the earlier or in the latter part of the day. In turn, whether you are an early bird or a night owl can play into how you make decisions throughout your day.

This is an adapted version of the Inverse Daily newsletter for Thursday, June 16, 2022. Subscribe for free and learn something new every day.

Welcome to Thursday. I am your host, Claire Cameron, writing to you from the west of Scotland where I am visiting my family and gorging on sugar-free Irn Bru (I’m hardcore). There will be no Inverse Daily tomorrow due to the Juneteenth holiday. And from next week, look out for a new writer on Inverse Daily. You’re in good hands.

Tarantula Nebula: Stunning image reveals spindles of cold gas in a nearby galaxy

Inside the Tarantula Nebula, gravity fights with feedback from new stars. Gas clouds and plentiful young stars comprise this glowing spectacle — approximately 170,000 light-years away from Earth.

The nebula is rich in young, massive stars. Its close proximity to Earth, plus its similar conditions to ancient, distant galaxies, give researchers a unique opportunity to view how stars form. Writing in The Astrophysical Journal this week, a team of researchers detailed new findings from a survey of the Tarantula Nebula, also known as 30 Doradus, at radio wavelengths.

They used the ALMA Radio Telescope to survey the nebula and captured stunning new details. This provides astronomers insight into a cosmic game of tug-of-war. These webs of light, pictured above, captured by ALMA, represent cold gas clouds dispersed through the nebula.

“These fragments may be the remains of once-larger clouds that have been shredded by the enormous energy being released by young and massive stars, a process dubbed feedback,” Tony Wong, study co-author, says in a statement.

See more of the nebula.

Life is full of choices. From the time you decide to roll out of bed, every decision you make alters the course of your day — indeed, even the decision to roll out of bed is a matter of choice. But some decisions carry weight beyond the here and the now: You might decide to get married, or to quit your job, for example.

The brain’s prefrontal cortex is the region that does the heavy-lifting of making a decision for you. The prefrontal cortex is involved in planning any complex behavior, like making a choice. Your brain takes the context, memories, and emotions into consideration as it computes the outcome. Surprisingly, your brain also considers when you make your choice as a factor in your decision-making skills.

Just as the prefrontal cortex is in charge of decision-making, it also regulates impulsive and risky behavior. And if you’re making a big decision, it helps to know when you’re as level-headed as possible. Thankfully, cognitive neuroscience offers clues to the best time of day for a typical person to make a consequential decision.

You might not be a morning person but your prefrontal cortex wants you to be one — most of the time, at least.

Leaping is second nature for frogs and toads, but a graceful landing isn’t guaranteed for every species. The miniature Brachycephalus frogs of Brazil can’t seem to stick a clean landing.

Instead, they tumble and flop through the air until they lose momentum and crash to the ground. These species of frogs clearly lack the grace in their leaps that others innately have — and researchers wanted to know why.

A new study published in Science Advances finally has an answer, and it’s not due to their tiny legs.

The researchers took CT scans of frogs and toads from 147 species and looked at a small but particularly vital body part: the inner ear canal.

Here’s what they found.

In a unanimous vote, an outside panel of experts for the FDA recommended both the Moderna and Pfizer vaccine for kids under 5.

At the FDA’s Vaccines and Related Biological Products Advisory Committee meeting on Wednesday, a panel of outside experts unanimously recommended the FDA grant Emergency Use Authorization for both Moderna’s and Pfizer’s Covid-19 vaccine, voting affirmatively on the question: “Based on the totality of the evidence available, do the benefits of the vaccine outweigh any risks for this age group?”

That recommendation is consistent with the agency’s own statements that the vaccines appear to be safe and effective for kids under five years old. This age group represents essentially the last group not yet granted access to the Covid-19 vaccines.

Next, the FDA will either grant the EUA or not; usually, the agency follows the advice of its advisory committee, though it's not a guarantee. The CDC’s own advisory committee on vaccines is expected to make a recommendation in the coming days as well, followed by an official recommendation from the CDC’s head, Rochelle Walensky. Last week, the Biden Administration signaled it would like to have vaccines available for this group — nearly 18 million children in the United States — as soon as June 21.

Get the full story.

About this newsletter: Do you think it can be improved? Have a story idea? Want to share a story about the time you met an astronaut? Send those thoughts and more to newsletter@inverse.com.