“We're effectively in a race against time.” 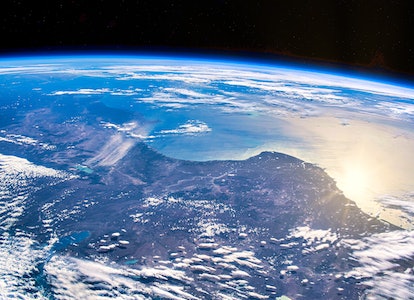 Summer 2021 is going to be hot — but nowhere may feel the rising heat so acutely as the Siberian Arctic.

In the summer of 2020, trouble was brewing. Temperatures in the Siberian permafrost were reaching record highs. Temperatures hiked up to a record high of 100 degrees Fahrenheit — an alarming feat, even for scientists who knew that the Arctic was warming two to three times faster than the rest of the Earth.

Warming temperatures aren’t just a problem for the Arctic. According to a study published Monday in the journal Proceedings of the National Academy of Sciences, melting permafrost could drastically undercut efforts to combat the climate crisis, threatening the entire planet, according to study co-author and climatologist Brendan M. Rogers of the Woodwell Climate Research Center.

“We're effectively in a race against time to reduce emissions and avoid the most severe impacts of climate change. Without including permafrost emissions and northern wildfires, we're using the wrong mile markers in that race,” Rogers tells Inverse.

What’s new — In their new research, the scientists conclude that key policymakers at the highest levels — including the United Nations’ Intergovernmental Panel on Climate Change — aren’t focusing enough on the emissions released from the melting permafrost and Arctic wildfires.

According to the scientists, the fault lies with the UN’s climate models, which didn’t consider permafrost when deciding how much we would need to reduce fossil fuels globally to cut greenhouse gas emissions in the near future.

“Permafrost was not represented in the models that were used to answer the question, ‘How much more carbon can we emit as a global society to stay within 1.5 or 2 degrees Celsius of warming above pre-industrial temperatures?’” Rogers says.

Rogers adds, grimly, that if we don’t change our expectations for how much we need to reduce fossil fuels worldwide, then “even with best intentions, (we) will not meet our ultimate goals” of halting the climate crisis before it’s too late.

How does melting permafrost affect the climate crisis?

While once a place with little change, the Siberian permafrost is swiftly becoming a land not for the faint of heart. As the permafrost melts due to global warming, terrifying remains of ancient creatures have made their way to the surface, including the frozen carcasses of apex predator cave bears, ancient ungulates with fearsome antlers, and wooly mammoths.

To top it all off, a 2007 US Congressional report concluded that the melting permafrost poses a risk to polar bears, adding to the ever-growing list of existential threats facing this beloved Arctic animal.

How does the melting permafrost contribute to the climate crisis?

When this melting permafrost interacts with something called surface albedo — reflectivity from the sun — it creates an ugly positive feedback loop, leading to more melting and a greater release of carbon dioxide.

The new findings in the PNAS study may be the most bone-chilling of all: The future of Earth may hinge on what happens in this frigid, quickly melting Siberian hinterland, but the team finds that the Arctic permafrost contains twice as much carbon as Earth’s entire atmosphere.

As the scientists write in the paper, “rapid Arctic warming threatens the entire planet.”

Why it matters now — The researchers predicted how much carbon dioxide would be released into the atmosphere by adding two new metrics:

They predict that carbon dioxide emissions from permafrost may increase by 30 percent by the end of the century, assuming moderate levels of fossil fuel emissions.

However, the researchers stress that these figures don’t include the significant amount of greenhouse gases being released from permafrost thaw, which means that we’ll probably need to actually reduce our fossil fuel emissions even more than we anticipated at the landmark Paris Agreement, which President Biden rejoined upon taking office.

“Permafrost emissions will reduce the amount of carbon humans can emit through burning fossil fuels and land use to stay within a given global temperature target, such as 1.5 or 2 degrees Celsius,” Rogers says.

These new findings put our relatively modest climate change goals further out of reach, making it likely that we will “overshoot” our goal of capping temperature levels to 2 degrees Celsius — and making the future of our species’ survival much more grim as global warming makes the planet more unlivable.

What’s next — We’re at an urgent turning point in the climate crisis, according to the researchers. Scientists need to act as quickly as possible to inform policymakers at the highest levels about the dangers posed by melting permafrost.

With that information in hand, world leaders can then set more ambitious targets to reduce their fossil fuel emissions under the Paris Agreement’s nationally determined contributions for each country. The findings are especially timely as the world prepares for the UN’s big climate summit, COP26, in Glasgow later this fall.

“As countries submit updated Nationally Determined Contributions under the Paris Accord ahead of COP26, we urge them to consider that emissions from permafrost will worsen climate change,” Rogers says.

Abstract: Rapid Arctic warming has intensified northern wildfires and is thawing carbon-rich permafrost. Carbon emissions from permafrost thaw and Arctic wildfires, which are not fully accounted for in global emissions budgets, will greatly reduce the amount of greenhouse gases that humans can emit to remain below 1.5 °Cor 2 °C. The Paris Agreement provides ongoing opportunities to increase ambition to reduce society’s greenhouse gas emissions, which will also reduce emissions from thawing permafrost. In December 2020, more than 70 countries announced more ambitious nationally determined contributions as part of their Paris Agreement commitments; however, the carbon budgets that informed these commitments were incomplete, as they do not fully account for Arctic feedbacks. There is an urgent need to incorporate the latest science on carbon emissions from permafrost thaw and northern wildfires into international consideration of how much more aggressively societal emissions must be reduced to address the global climate crisis.