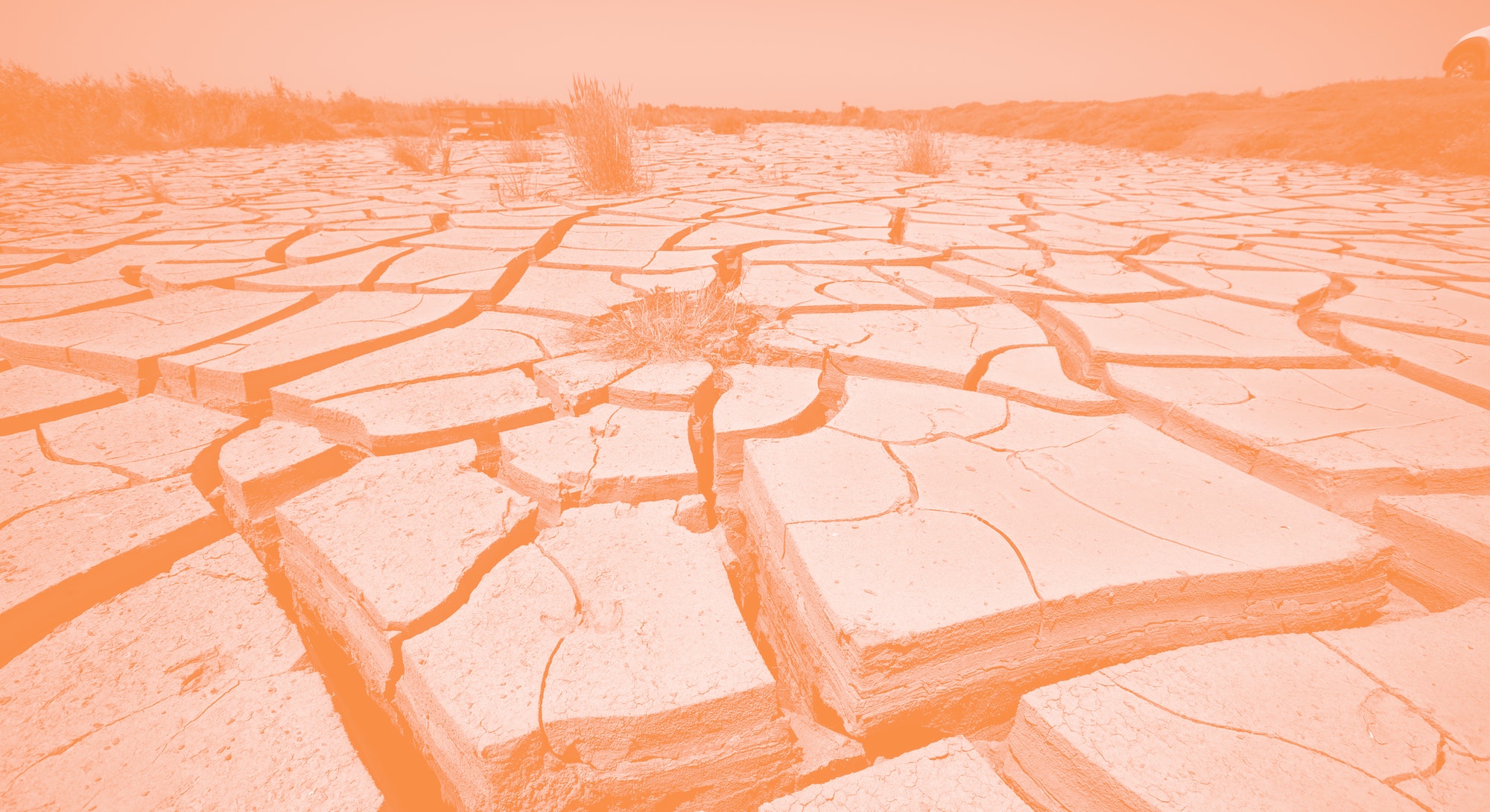 It’s the desolate image of Arrakis that lingers most in the popular imagination when we think about Dune — it even inspired the look of Tatooine in Star Wars.

Set in this desert wasteland, the book’s searing environmental and anti-colonialism messages have resonated for decades with both fans and filmmakers, including director Denis Villeneuve, whose adaptation of Dune is out now in theaters and streaming on HBOMax.

But it’s also deeply influential among scholars and scientists, including Gerry Canavan, president of the Science Fiction Research Association, who says the 1965 book by Frank Herbert was “very ahead of its time.”

“The original [Dune] series was intensely focused on the environment, not just a background to the story, but as a complex and vitally important interrelationship between humans, animals, technology, and natural force,” Canavan tells Inverse.

In light of Villeneuve’s Dune, it’s worth taking another look at the prescient science behind the book that inspired the movie and examining its environmental parallels to planet Earth. In this article, we’ll answer questions like:

What Dune gets wrong about Earth’s drylands

In the books, Princess Irulan, daughter of the Emperor, describes Arrakis — the desert planet where much of Dune takes place — as the “wasteland of the empire.”

Dune author Frank Herbert took a trip to Oregon, where he reported on the “moving” sand dunes, which reportedly inspired the planet Arrakis. Villeneuve took great care to replicate the desert atmosphere described in the books, even filming in the 120-degree heat of the desert in Jordan and the United Arab Emirates.

But it’s inaccurate – and potentially even offensive — to use Arrakis as a comparison for all of Earth’s drylands, according to Osvaldo Sala, founding director of Arizona State University’s Global Drylands Center.

“I think the way the movie Dune depicts drylands is kind of misleading,” Sala tells Inverse.

Drylands are regions of the Earth where rainfall is historically low. In these areas, the amount of precipitation is less than evaporation so there is “a deficit of water” according to Sala.

Drylands, which include deserts, are huge: they constitute 40 percent of the Earth’s land and are home to 30 percent of the world’s population — more than 2 billion people.

These vast areas support half of the world’s livestock and shelter 28 percent of its endangered species.

“Drylands are very rich in terms of biological diversity,” Sala says. “There's more species of plants, animals, and microbes that are in most other parts of the world.”

A 2015 study also found that the world’s deserts are ‘carbon sinks’ — or places that store enormous amounts of carbon, preventing it from being released into the atmosphere and contributing to global warming.

In other words, drylands are diverse areas containing flourishing civilizations and ecological processes essential to the survival of Earth. Dune’s depiction of Arrakis as a planet devoid of most life is simply not an accurate representation of Earth’s drylands.

“I would argue that, on the contrary, they are not.”

In Dune, Zendaya’s character, Chani says, “My planet Arrakis is so beautiful when the sun is low.”

It’s a simple statement, but a stunning one. Chani is one of the Freman who live on Arrakis in harmony with the sandworms and other creatures — unlike the colonizers who only want to strip Arrakis of its natural resources.

The Emperor orders Paul Atreides (Timothée Chalamet) and his family to travel to Arrakis to oversee mining operations on the desert planet. From the perspectives of the imperial colonizers, Arrakis’ central value lies in its natural resources: the psychotropic Spice Melange which enables interstellar travel.

The Emperor looks at Arrakis and sees a planet devoid of life.

The comparison between extracting the coveted Spice, which is necessary for interstellar travel, and the extraction of fossil fuels — much of which are taken from Earth’s drylands — couldn’t be clearer.

“Dune is both one of the earliest and still one of the best allegorizations of energy imperialism and oil capitalism ever to appear in science fiction,” Canavan says.

Environmental exploitation of natural resources goes hand in hand with colonialism on planet Earth and on planet Arrakis.

“It's a movie, it's a book, and it's a critique of colonialism and the impact of colonialism,” Villeneuve tells Inverse (read our full interview). Paul positions himself as a white savior who can liberate the Fremen, but he will eventually realize that he too “is an instrument of colonialism.”

But while Sala acknowledges Dune’s anti-colonialism message, he says it also props up the idea that Earth’s drylands are empty places void of much life, which makes it easier to exploit them for profit.

“This is the attention that Dune has brought to drylands,” Sala says, stressing that we should present “the alternative that drylands are rich and beautiful and home for a lot of people.”

In the books, it’s implied — if not outright stated — that Arrakis was once a more hospitable planet, similar to the watery oasis planet of Caladan where Paul comes from, but that economic exploitation and climate change rendered the planet uninhabitable for humans.

“It makes perfect sense that in the contemporary moment, our interest in Arrakis will be intensely focused on climate change and the possibility of a desertified future Planet Earth,” Canavan says.

It’s hard not to see the parallels between drought-stricken parts of the western U.S. – where a lack of rainfall has been exacerbated by climate change — and the arid Arrakis, where the Fremen develop complex filtration systems to retain moisture on an inhospitable planet.

“Drylands...are one of the most sensitive areas to climate change and human activities,” researchers wrote in a 2015 study, adding that it will be necessary to protect drylands to prevent “global desertification.”

A scene in Villeneuve’s Dune, which closely mirrors the book, suggests that humans could have terraformed or modified Arrakis’ environment to be more hospitable to human life, but they were so swept up in their desire for Spice they gave up their ambitions to save the planet in favor of economic greed.

Sala says the events in Dune have parallels to real-life events, where some politicians seek to restore the environment, while other leaders seek to exploit it.

He uses the example of the Bears Ears National Monument, which Barack Obama designated in 2016, only for Donald Trump to reduce its size by 85 percent, freeing up the area for oil and gas exploitation. (Presiden Biden has since restored the boundaries of Bears Ears).

Paul’s approach in Dune is similar to Obama/Biden, as he ultimately sides with the Fremen, promising to “make Arrakis a paradise with a wave of the hand.” In essence: he wants to make it habitable for humans. But saving Arrakis is far from an easy task — and so is saving Earth from climate change.

On both Arrakis and Earth, extracting natural resources takes a devastating toll on the environment and its people. There is no “greener” way to exploit a planet. (Even mining minerals for batteries for electric vehicles still takes an environmental toll).

According to a study published earlier this year, we need to leave the majority of the world’s fossil fuels in the ground if we want to have a fighting chance at curbing global warming beyond its next tipping point — 1.5 degrees Celsius above pre-industrial levels.

The colonizers exploiting Arrakis and the fossil fuel companies ravaging Earth and sending greenhouse gas emissions sky-high will both need to leave these precious resources in the ground to save their respective planets.

Arguably, the greatest lesson Dune offers is this: It takes time, hard work, and a willingness to give up our precious commodities to save — or restore — a planet from environmental ruin — whether that’s on the fictional Arrakis or planet Earth.

Dune is in theaters and streaming on HBOMax.