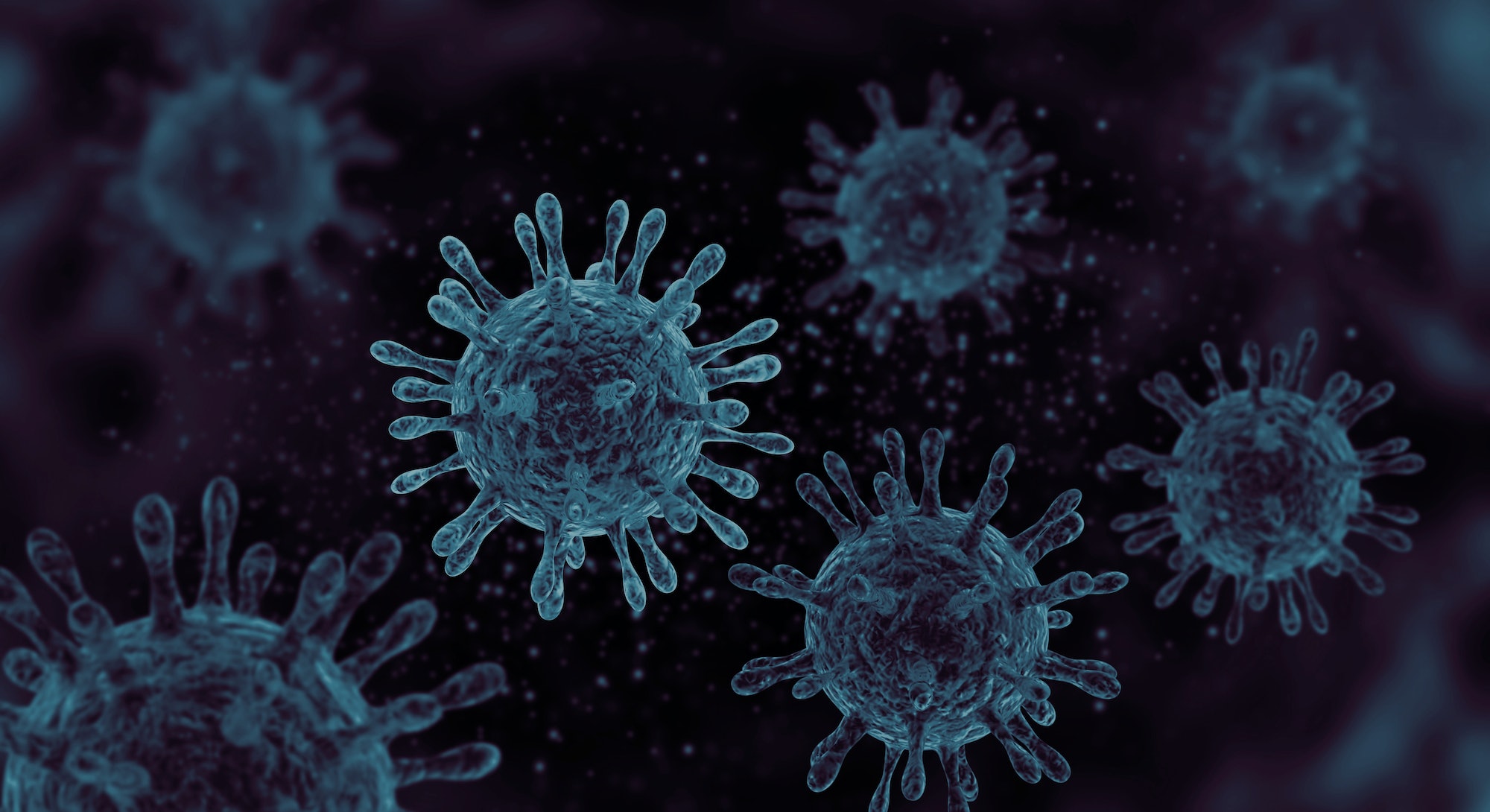 During the early stages of the pandemic, movie fans flocked to one hauntingly realistic sci-fi thriller.

When things looked the worst, we sought to make sense of a suddenly much scarier world under siege from a deadly virus by turning to a film with a similar setting.

Now, it’s time to revisit Contagion, but not for the reasons you think. As it turns out, we may have been looking for information about the wrong virus in this classic pandemic movie.

Director Stephen Soderbergh actually based the movie’s fictional virus, MEV-1, on the little-understood, real-life Nipah virus, which was first reported in Malaysia in 1998, though it has since popped up in Bangladesh and South India, killing a boy earlier this year.

While a Nipah virus pandemic on the scale of Covid-19 may not be imminent, it’s still an evolving, highly lethal threat that we need to take very seriously and prepare for, experts suggest.

Stephen Luby, a professor of medicine and infectious diseases at Stanford University, tells Inverse that MEV-1 is the type of virus we should start preparing for now.

“If more transmissible Nipah strains were to emerge, having a stockpile of vaccine and the knowledge of how to make more could prevent global catastrophe.”

What is Nipah Virus?

The ending of Contagion reveals how MEV-1 spread from a bat to a pig and, eventually, to Gwyneth Paltrow’s character, who became patient zero in a deadly pandemic.

This plot point is ripped straight from reality. Early forms of the Nipah virus detected in Malaysia and Singapore in 1998-98 jumped from bats to pigs to humans, though more recent outbreaks in Bangladesh and India show bat-human transmission after humans ingested contaminated fruits and date palm sap.

According to a CDC report from April 1999, a pig farmer became ill, first developing a fever before experiencing worsening neurological issues, a seizure, and then dying after several days. The description echoes the gruesome way Paltrow’s character suddenly dies after suffering from seizures in Contagion.

“Nipah virus enters a cell through a receptor that is widely distributed throughout blood vessels and nervous tissues,” Luby says.

The way Nipah virus enters the body is also the reason it can infect so many mammals, ranging from pigs, horses, sheep, dogs, cats, and, of course, humans — all of which carry this receptor.

“When Nipah affects the brain, it causes widespread inflammation.”

But Nipah isn’t just capable of transmitting to many animals; it’s also extremely deadly. The virus’ fatality rate exceeds 75 percent, though it can sometimes be even higher. A 2018 outbreak of the virus in India infected 23 people, but only two people survived — a shocking fatality rate of 91 percent.

Because of its incredibly high fatality rate, the World Health Organization classifies Nipah Virus as a “priority disease” for ongoing and future research.

Nipah virus is especially deadly because it causes inflammation of the blood vessels, eventually attacking the lungs and brain, similar to the way MEV-1 attacks patients in Contagion.

“When Nipah affects the brain, it causes widespread inflammation —encephalitis — that is frequently so severe that it is fatal,” Luby says.

Nipah Virus and Covid-19 are fairly dissimilar diseases, but one symptom of Nipah virus is eerily similar to Covid-19: the inability to breathe.

Should we be worried about a Nipah virus pandemic?

Nipah Virus is a localized threat in parts of South and Southeast Asia, but should we be worried about it imminently expanding to other parts of the globe like MEV-1 did in Contagion? Not necessarily.

“We continue to recognize occasional Nipah outbreaks, but I don’t think there is good evidence that they are becoming more common,” Luby says.

Part of the lack of immediate urgent global concern around Nipah virus is due to its lower transmissibility, especially compared to SARS-CoV-2 — the virus that transmits Covid-19.

“Nipah virus is not nearly as transmissible as SARS-CoV-2,” Luby says, adding, “for every 10 Nipah patients, only three of them will transmit to another person. By contrast, a person infected with the Delta variant of Covid-19 will infect four people on average, according to Luby.

Nipah also isn’t as transmissible as its movie equivalent. In Contagion, MEV-1 likely transmits through respiratory droplets — possibly airborne as well — and surface transmission. That’s a little different than Nipah virus, which is known to transmit in one of three ways:

The third method of transmission is the most concerning, but Nipah virus does not appear to be airborne like Sars-CoV-2.

Instead, when Nipah Virus does transmit from human to human, it’s usually through bodily fluids, and people who are in close proximity with the patient for an extended period, such as spouses or caregivers, are at greatest risk.

“Saliva contains the highest concentration of virus and is the body fluid that is most associated with transmission,” Luby says.

Luby adds that people infected with Nipah virus usually transmit when they are sickest and near the end of their life. So, it’s theoretically easier to isolate Nipah virus patients and quarantine their closest contacts, which Indian health officials did when a boy died of the virus earlier this year in the state of Kerala.

“The international community is watching closely.”

Although people can become infected and show no symptoms, there is also no evidence of asymptomatic transmission — one of the factors that facilitated the easy spread of Covid-19.

“So far, I am unaware of asymptomatic patients transmitting Nipah,” Linfa Wang, a professor in the program of emerging infectious disease at Duke-NUS Medical School, who has studied Nipah virus, tells Inverse.

But as we’ve seen with the Delta variant, viruses are constantly mutating. It’s possible a more transmissible form of Nipah virus could emerge — one that would pose a global threat.

“The international community is watching closely for a potential ‘Nipah variant’ such as Delta for Covid-19,” Wang says.

Luby stresses experts and governments must push for “continued surveillance and investigation of Nipah outbreaks.”

How to prevent the spread of Nipah virus

“There have been no treatments for Nipah virus that have been shown to improve human outcomes, though there are some animal studies that suggest that certain treatments might be effective,” Luby says.

In the movie, the MEV-1 pandemic ends through a rapidly-developed vaccine that gets expedited approval. A vaccine for Nipah virus could be developed in the near term, experts say.

The Coalition of Epidemic Preparedness and Innovation (CEPI) began the first Phase 1 clinical Nipah virus vaccine trials for humans in 2020, and experts feel relatively optimistic about their eventual success.

“Nipah seems to be a relatively easy virus to develop a vaccine against,” Luby says. “In this way, it’s more like SARS-CoV-2 than it is like HIV.”

Wang agrees, stating, “CEPI has funded several projects to develop the Nipah vaccine, and I am confident that they will be ready in the next few years.”

But the best way to prevent the spread of the virus is likely to halt development into new areas where humans might come into contact with bats and other animals infected with Nipah virus.

“The best way to prevent Nipah spread is to avoid contact with certain animals (bats) in high-risk areas,” Wang says.

Studies cite agricultural expansion as a key factor in the spread of the Nipah virus and other emerging viruses. It’s a point Contagion makes clear when it effectively shows how deforestation destroys the bat’s habitat, bringing it into contact with livestock, and, ultimately, infecting humans.

In the end, Contagion’s biggest takeaway might be to warn of future pandemics, not just to help us deal with our present one.

While we’re busy dealing with ongoing waves of Covid-19, the next pandemic might be just around the corner — if we don’t stop expanding into corners of the world where we don’t belong.

Contagion is available for $3.99 VOD on Amazon Prime, Apple TV, and other streaming platforms.