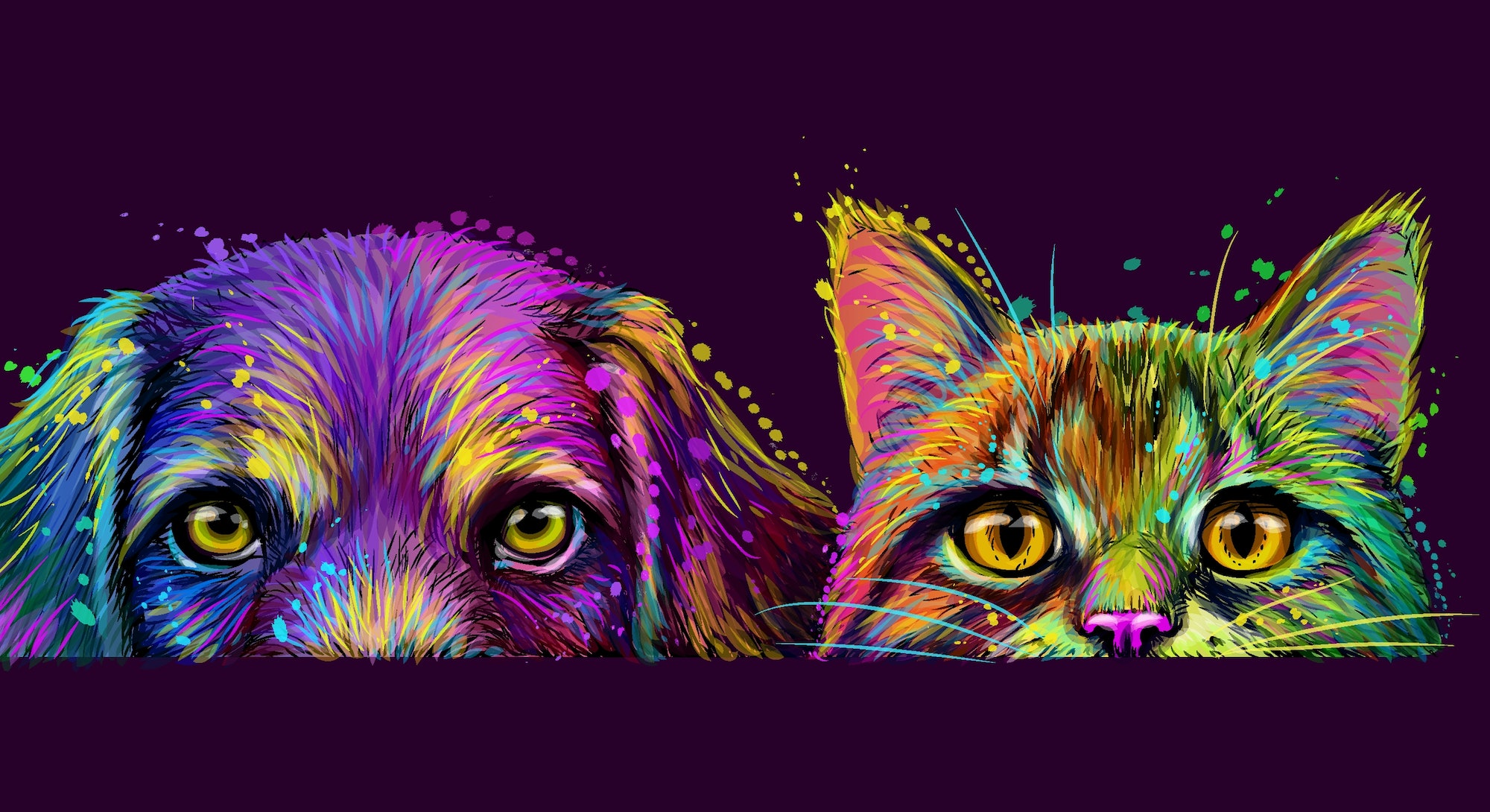 The dirtier we are, the stronger our immune systems might be. This may sound like a confusing Hallmark get-well card, but it’s a phenomenon scientists have noticed since the 1960s: Folks living in harmony with messy Mother Nature were less likely to develop allergies and autoimmune disease compared to those raised in the sterilized hubbub of urbanity.

In 1989, British epidemiologist David Strachan proposed a connection between this phenomenon, hygiene, and the lack of early exposure to infectious agents, which he later coined the “hygiene hypothesis.”

But there’s been some disagreement with this understanding, especially with the growing realization every living being on Earth contains a multitude within them — the microbiome. In 2003, the more refined “old friends” hypothesis emerged, and it goes like this: Our immune systems developed a symbiotic relationship with certain in-house microbes acquired during the course of human evolution. When these “old friends” are missing, their absence essentially is what causes the immune system to malfunction.

You might not be conscious of it, but you and Lassie (Luna, for the cat folk) are constantly swapping microbes and tinkering with each others’ microbiomes. Many of these microorganisms can be beneficial “old friends,” but some of them may not be. In certain situations, like antibiotic resistance, these microbes can pose a significant risk not just to us but to our pets as well. While there’s still a lot to this exchange, we don’t have a full understanding of, the science suggests the bond between human and fur baby quite literally runs deeper than love.

What is the microbiome?

Here’s a quick refresher on the microbiome: It’s a vast ecosystem running up to the trillions of microorganisms, including bacteria, viruses, and fungi that live in and on us (since we don’t know that much about the latter two’s role in the microbiome, bacteria will remain the focus).

The microbiome has been implicated in all aspects of human health, ranging from diseases like multiple sclerosis and cancer to long Covid and even aging. Humans share commonalities in microbial diversity, but no two microbiomes are identical due to many factors such as genetics, where or with whom you live, diet, and health status.

Similarly, animals are teeming with microbes, from their guts to the skin, all of which contribute to their health and well-being, Celeste Allaband, a veterinarian and postdoctoral researcher at the University of California, San Diego, tells Inverse.

“[For example,] animals that do more fermentation like cows or horses have a whole different set of microbes to help them digest plant fibers a bit better,” she says.

Animal microbiomes, like humans, are also pretty much seeded at birth with maternal contact and exposure to various environmental conditions and factors. Throughout the host’s lifespan, this microscopic community continually develops and transforms, stabilizing during adulthood and declining with old age, as evidenced by gut microbiome studies in mice and fish.

Since the 1980s, scientists have known pets, and their owners engage in some microbial swapping through studies that found similarities in intestinal bacteria. Research since then has linked early-life exposure to farm animals and household pets as protective against asthma, allergic diseases, and childhood metabolic diseases, potentially through expanding the diversity of the gut microbiome.

“You might snuggle with your pet, your cat might sleep in the bed with you but there might also be microbes that get into the dust of the house and be present within the living space,” she says. There’s also the affectionate slobbering of saliva on the hands from petting, an errant (or welcome) smooch on the lips, or from touching your pet’s toys.

Another, more common indirect mode of transmitting microbes is through… good ol’ poop.

“[There’s a] fecal patina covering the whole world,” Shira Doron, an epidemiologist and antimicrobial steward at Tufts Medical Center, tells Inverse. “It’s the way humans shed microbes to their animals, and animals transfer microbes to their humans. You just shed microbes from your intestines all over your environment.”

This sharing also seems very specific, just between a pet and any of its cohabiting humans, whether related or not. A 2013 study looking at microbiome differences between dog and non-dog owners, found that adult skin microbiomes were, on average, more similar to their own dogs than other dogs. Dog-owning couples living together shared more microbes than couples without a tail-wagging pup. And surprisingly, even if dog owners weren’t related or living in the same household, they had more microorganisms in common with each other than those without dogs. (Apologies to the cat folks, there haven’t been any studies to date on whether this holds true with felines.)

Are our pets making our microbiomes healthier?

While the full microbiome health benefits of pet ownership have yet to be fully parsed out, there’s research to suggest that it could protect us, humans, against truly awful bacterial infections like Clostridioides difficile, or C. difficile, a bacteria that can cause mild to severe intestinal infection and even death.

C. difficile is the scourge of hospitals everywhere, Laurel Redding, a veterinary epidemiologist at the University of Pennsylvania School of Veterinary Medicine, tells Inverse. In the U.S., around 200,000 people are infected with the bacteria each year in a hospital or healthcare setting; around 170,000 cases happen outside of the hospital through community-acquired infection.

Because of recurrent C. difficile infections in the community setting, scientists, including Redding, thought that pets could be behind it since animals — particularly young ones — are known to carry the germ. Redding, who has spent the last few years probing the dynamics of transmission between animals to humans, thought what may be happening was recovered humans shedding the bacteria once they got home from the hospital and passing it on to their pets.

“[My lab] went in expecting to find that people with animals would have a higher likelihood of getting recurrent C. difficile infection,” she says. “We actually found the opposite, which was that people who had more contact with their pets, like people who allowed them to sleep with them or lick their hands or face, were even better protected.” (A paper on these findings was published in 2020.)

While the mechanism behind the protective effect isn’t fully-understood, Redding surmises that pet owners simply have an impenetrable, stalwart microbiome that C. difficile couldn’t easily colonize.

On the flip side of that, when a pet or owner has an out-of-whack microbiome, they may unwittingly pass it to each other.

In 2018, Doron and colleagues at Tufts University Cummings School of Veterinary Medicine found that when dog-human pairs were given antibiotics that coaxed the growth of antibiotic-resistant bacteria, the resistance seemed to flow from dog to human. However, based on genetic studies, the timeline of when antibiotic resistance first emerged seemed to start first with the owner.

“What we actually saw was that at time zero, several of the humans had resistant [bacteria] and the animals didn’t necessarily but after getting antibiotics, the animals became susceptible to antibiotic resistance mechanisms,” says Doron. “Some molecular studies show that the human and animal strains were actually identical [indicating] the strains had truly been transmitted from human to animal.”

Pets as a probiotic?

Whether we can utilize our pets’ microbiomes to maximize our own health is a field of research that’s still largely unknown, Davis, Redding, and Allaband all agree. For instance, we don’t yet have a catalog of the animal microbiome like we do the human microbiome, which itself is still ongoing.

And with that, it also means we don’t know which bugs are exclusively human or exclusively animal, says Davis, since swapping has been happening pretty much since time immemorial. The task of identifying useful bacteria to throw into the cauldron to brew, say, a potent probiotic becomes a recipe with unlimited and unknown ingredients. (Research is also largely focused on the microbiome effects of conventional pets like cats and dogs rather than unconventional ones like spiders or lizards, says Allaband.)

What we do know, though, is that it is possible for our pets’ probiotics to influence our own guts. In a 2021 study out of Finland and published in the journal, Microorganisms, researchers put household dogs from 31 families on a four-week course of a canine-derived probiotic containing microbes like Limosilactobacillus fermentum, Lactobacillus plantarum (a bacteria found in many fermented food products), and Lactobacillus rhamnosus (widely used in probiotics). Compared to dogs from 18 families who didn’t receive the probiotic, both the dogs — and the children living with them — exhibited a shift in their gut microbiomes (observed via poop samples), with a reduction in a common gut microbe called Bacteroides.

It’s hard to say whether this microbial shift resulted in beneficial health outcomes since that wasn’t the aim of the study. It does, however, track with what we know about the microbiome exchange and potentially highlights the need to take care of our own pet’s health to ensure our own. For example, pet obesity is an epidemic, according to a 2020 report from the American Animal Hospital Association. In humans, it’s well-known that the gut microbiomes of obese and lean people differ in striking ways, and may play a role in weight gain and metabolic disease. Studies in dogs have also found that when obese dogs lost weight, their microbiomes resembled their leaner friends.

Again, we don’t have any science to suggest obese dogs make their owners obese. If anything, taking Fido out for walks comes with the added benefit to your own cardiovascular health. But given what we know about the microbiome and the unending cycle of swapping, who knows what scientists will discover in the future?

“We have a long way to go for [our] understanding of microbial exchange,” says Davis. “But we already know that the human-animal bond can be a very positive, beneficial relationship. We just need to temper this with when there is the potential for us to get something from our pets or vice versa.”