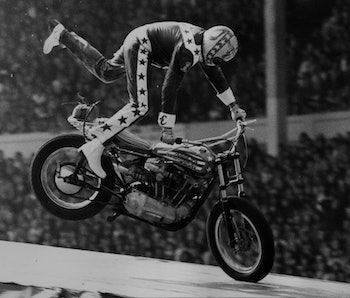 Do you worry about getting Covid-19? Some people are worried about their own health, and others are more worried about others’ health. But there are also those who believe Covid-19 won’t do them harm and who don’t care about the rest, either — and according to a new study, Americans may be particularly susceptible to this idea for one specific reason.

What’s new — A new study of 51 countries across the world shows how people in individualistic countries — many of which are wealthy Western nations — also are the least interested in public health measures to protect them.

People living in places that value individualism also had diminished interest in getting vaccinated and less agreement with the idea that they should personally take action to stop the spread in their communities.

The findings were published Wednesday in the journal Plos ONE. The data help to account — at least in part — for what the study authors politely dub the “suboptimal response” to Covid-19 in some rich countries, including the United States.

How they did it — The data are from a Facebook survey by the Massachusetts Institute of Technology into people’s Covid-19 beliefs, behaviors, and norms. The data were collected between July and November of 2020, so prior to vaccine rollout. The questions the MIT group asked included:

Answers were measured on a three-point scale, from “not at all serious” (1) to “very serious” (3).

Respondents answered on a five-point scale — from “not important at all” (1) to “extremely important” (5).

Again, answers could range across five points, from “no, definitely not” (1) to “Yes, definitely” (5).

The researchers on the new paper cross-matched respondents’ answers to these three questions to their country of residence. Then the researchers graded those nations on a social scale ranging from most individualist to most collectivist.

For people in individualist countries, asserting that a Covid-19 infection would not be “serious” for them correlated to disinterest in vaccination or taking steps to stop community spread. The more collectivist a country’s culture, the less strong the link between feelings of personal invincibility and disinterest in mitigating the pandemic at large.

In the most collectivist nations, optimistic predictions about one’s own health after an infection had little impact on their public health choices.

“As a result of feeling greater interdependence with and concern for the wellbeing of community members, cultural collectivism may promote prosocial concern and vaccination intentions, despite personal feelings of invincibility from Covid-19,” the study concludes.

Why It Matters —  Sociologists have long measured countries’ norms and attitudes to health on a spectrum ranging between individualism and collectivism. Individualist societies value personal achievement and expect people to seek independence and self-sufficiency. Collectivist societies value group harmony and expect people to put their own feelings and desires aside for the greater good.

According to the new study, the most individualist countries are Canada, Australia, the United States, the United Kingdom, and the Netherlands. The most collectivist are Nepal, Colombia, Pakistan, Georgia, and Trinidad and Tobago.

“If I am in a highly collectivistic country, then it doesn’t matter as much how much I think the disease impacts me,” lead author James M. Leonhardt tells Inverse. “My behavior is moderated.”

Leonhardt, an associate professor of marketing, says that he works in vaccination communication and wanted to “troubleshoot” through some possible problems in reaching vaccine holdouts in the U.S.

“Anecdotally, I noticed among friends and family that there were differences in people’s worries about [getting] Covid and the people who were saying it wasn’t so serious were the same who were against getting vaccinated,” he says.

What’s Next — The study’s findings echo the conclusions of an earlier Israeli study from February that links Covid-19 death rates and willingness to rebel against prevention measures to countries’ scores on a similar collectivist-individualist scale. Another analysis published in June, using the same MIT data as this new study, also found that mask-wearing is less common in individualist countries.

Taken together these results offer insight into how to communicate public health measures to do with Covid -19. Leonhardt says the project can help him in his work spreading information on Covid-19.

Within individualist cultures, there are subgroups — these can be to do with ethnicity, or a workplace — that can help to moderate individual behavior in ways public-health policy alone cannot.

“We need to do more with grassroots messaging within those communities,” says Leonhardt.

“So if I were in charge of messaging, I would do doing less top-down messaging and look at how people within those groups can message other people in those groups,” he adds.

There is some evidence to suggest this approach could work. For example, the Republican pollster and Covid-19 survivor Frank Lutz did a series of focus groups with vaccine-skeptical conservatives, as chronicled on This American Life. He showed conservatives an ad for Covid-19 vaccine facts featuring past presidents, including George W. Bush, and another with a physician. They both bombed.

But many participants were moved instead by former New Jersey governor and Donald Trump advisor Chris Christie — partially because he is ideologically in line with their own views, and partially because he told a story about his own infection instead of trying to use direct persuasion or scientific facts to sway viewers.

“We need people from groups to work one on one with other people from those groups,” Leonhardt says. He adds, “the smaller the group the better.”

With millions of eligible Americans still unvaccinated for Covid -19, and many of those vaccine-hesitant or straight-up anti-vaccine, that’s a lot of focus groups to get through.

Abstract: Some people feel they are invincible to the novel coronavirus SARS-CoV-2 (COVID-19). They believe that being infected with COVID-19 would not be a serious threat to their health. While these people may or may not be correct in their personal risk assessment, we find that such perceived invincibility may undermine community efforts to achieve herd immunity.

Multi-level analysis of survey respondents across 51 countries finds that perceived invincibility from COVID-19 is negatively associated with believing there is a need to prevent the spread of COVID-19 in one’s community (n = 218,956) and one’s willingness to inoculate against the disease (n = 71,148). These effects are most pronounced among individuals from countries lower in cultural collectivism (e.g., USA, UK, Canada) and highlight the need to consider the interplay of individual and cultural factors in our efforts to understand, predict, and promote preventative health behavior during a pandemic.

More like this
Mind and Body
8.4.2022 12:00 PM
We need to talk about "mild Covid" — and why it sucks
By Katie MacBride
Mind and Body
8.7.2022 2:00 PM
Living near one neglected piece of urban eye candy can greatly boost mental health
By Sarah Sloat
Mind and Body
8.3.2022 11:30 AM
The brain’s memory hub may explain why some people get PTSD and others don’t — study
By Miriam Fauzia
Related Tags
Share: