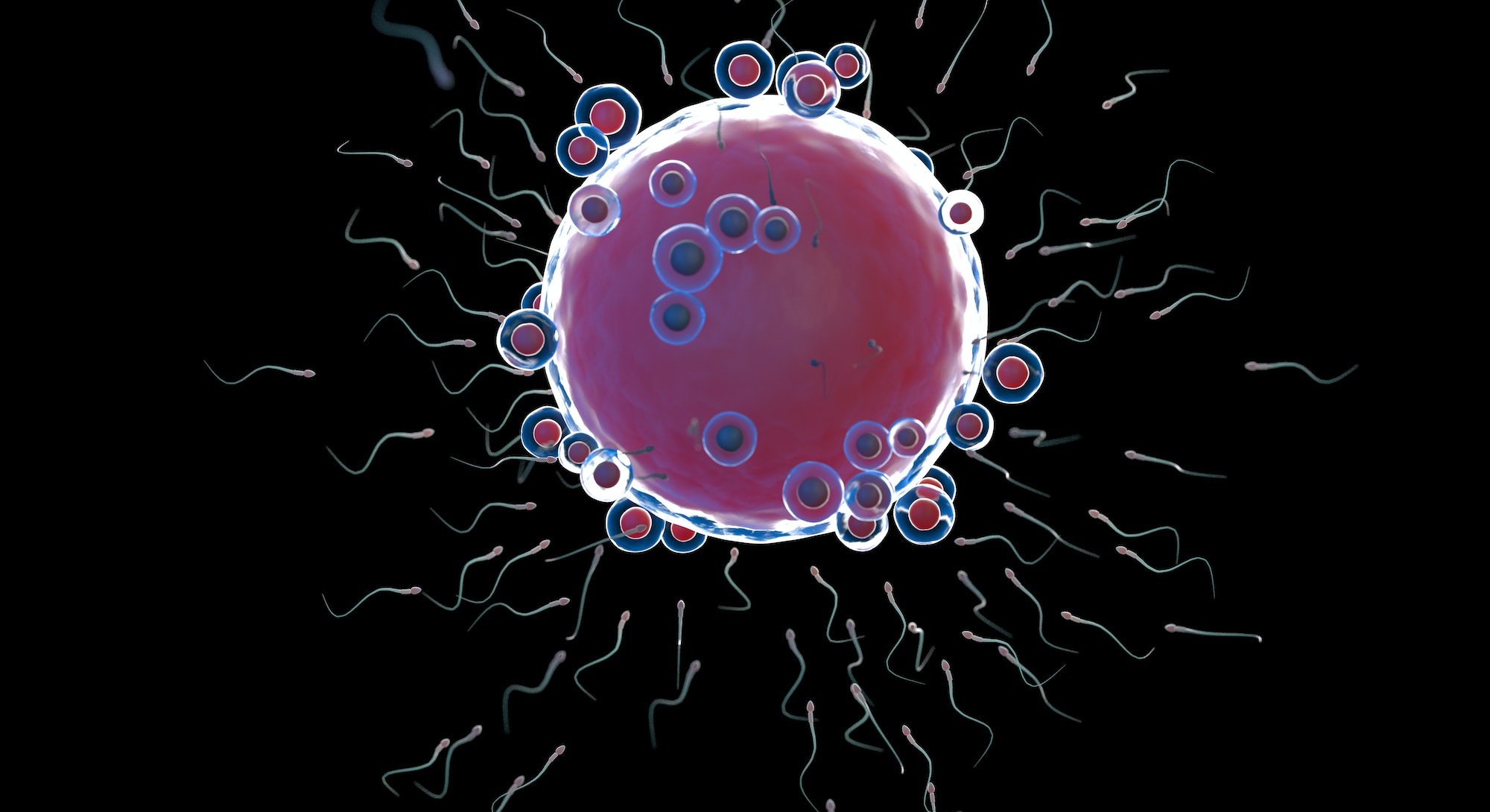 Megan remembers the fertility doctor’s exact words: “You are too big to get pregnant.”

It was her first appointment so she tried to reason with the specialist. She said she weighed that much when she got pregnant with her first child, less than two years ago. Also, she was experiencing vaginal bleeding daily. When her gynecologist sent her to a fertility specialist, she assumed they would tackle the bleeding and then determine why she and her husband were not conceiving.

But the fertility doctor was not open to troubleshooting. Her first pregnancy was “sheer luck” she told her and she could come back when she had a body mass index below 40.

“I burst into tears,” recalls Megan, who asked Inverse not to use her last name for privacy reasons. “I started to tell her off, but I stopped before I said something I would regret, but I was completely broken.”

She needed to lose 15 pounds to get another appointment. She didn’t know if she had time for the trial-and-error process of weight loss before running into the problem of reduced fertility due to age.

Megan isn’t alone. Many fertility clinics will not treat women of a certain weight, citing a mix of concerns about their chances of having a complications-free pregnancy— given the ways in which obesity can lead to metabolic effects that can disrupt ovulation — and the risks of using anesthetics outside a hospital setting on people with high BMIs.

In a 2016 survey of 77 fertility centers in the U.S., 65 percent had a formal policy limiting treatment by weight. Sixty-two percent of those clinics reported increased risk for complications from anesthesia as the primary reason, but 66 percent said they were also concerned about the success rate of fertility treatments, and 38 percent had a maximum BMI for intrauterine insemination (IUI), a common treatment in which sperm is deposited into the uterus with a catheter that does not require anesthesia. More than 85 percent of these centers refer patients to a nutritionist or dietician for weight loss.

But recent research indicates that this approach may not have the evidence to back it up, and may be doing more harm than good.

Obesity, defined by the WHO as a body mass index over 30, can lead to metabolic effects that disrupt ovulation and the condition has been associated with a list of negative outcomes — including miscarriage, stillbirth, gestational diabetes, C-sections, and C-section complications.

But in the two major studies which compared obese women who lost weight to women who had similar BMIs who did not, these effects did not add up to greater difficulty conceiving.

A newly published three-year study, masterminded at the University of Pennsylvania, recruited 379 women throughout the U.S. with BMIs higher than 30 (with an average around 38 at the start of the study) and unexplained infertility. About half completed an intensive diet and exercise program — including medication and Nutrisystem meals — that resulted in an average of 7 percent loss of body fat. They had no better chances of getting pregnant through intrauterine insemination than a control group who did not. There was also no meaningful difference in live birth rates.

These findings echo a 2016 Dutch study in which 290 women with BMIs of 29 or higher were assigned to a six-month health program resulting in an average of 9.7 pounds of weight loss and then began fertility treatment, a mix of intrauterine insemination or in vitro fertilization (IVF), for up to 18 months. They had no better chances at a healthy vaginal birth than women who started the study with the same BMIs who began fertility treatment without losing weight.

This undercuts the policies of many fertility clinics, Richard Legro, the primary author of the newer study tells Inverse.

“People will tell the patient that they need to lose weight to have a healthy pregnancy. They'll tell them that they should defer pregnancy until they lose that weight. And again, there's very little evidence that either modest or significant, weight loss improves outcomes.”

The Role of Fat Phobia

Legro says that the problem stems from misconceptions about body weight that make it an easy target for blame among medical professionals.

“I think it's a lot [the idea] that obesity is a choice and a bad choice that people make,” he says, “and so it's very easy to make a good choice, especially when you know, you have medical recommendations or requirements.”

Karl Hansen, the chair of the University of Oklahoma College Of Medicine’s Department of Obstetrics and Gynecology and another author on the study, calls it “fat phobia.”

“They just act like these people have no willpower. That’s a common medical misconception.”

From roughly 1999 to 2018, U.S. obesity prevalence increased from 30.5 to 42.4 percent in the adult population, a staggering rate that will have long-term effects on medical costs and common health outcomes. Medical professionals have been on the front lines of trying to curb the “obesity epidemic.” “Lose weight” has become a common refrain for diabetes, heart health, and most chronic diseases. It’s now become a knee-jerk, said Legro.

“There is no doubt [losing weight] is more ‘healthy’ for long-term morbidities and for cardiovascular health, but we're talking about reproduction.”

Fertility starts to decline in a woman’s mid-30s, but age does not become a significant factor in their chances of a healthy pregnancy until 40, according to recent studies.

Women are increasingly bumping up against these barriers, as the average age of first-time mothers has been steadily increasing in the U.S., from 21 in 1972 to 26 in 2020. For women with a bachelor’s degree or higher the average age is 30 and in some urban areas, like Manhattan and San Francisco, it is 31.

And that is only for the first child.

This means for some women, being told to lose weight — possibly a time-consuming trial and error, of switching from keto to South Beach, with no guaranteed results — conflicts with the fertility concern of age.

“Reproduction is something that is time-limited,” says Legro, “and if we take an aging population seeking pregnancy — which is pretty much what happens in the Western world — and suddenly tell them to take off six months or 12 months to lose weight, you're also losing 12 months of fertility for very little benefit, in my opinion.”

Megan assessed her situation. She was four years away from her 40th birthday. There was the mysterious bleeding that none of her medical providers seemed capable of resolving. She was sure it was a factor in her troubling conceiving. Then there was the conundrum of weight loss. Like many heavier people in their 30s, weight had been a long-time issue for her and various diet and exercise regimens had failed.

“Reproduction is something that is time-limited.”

It seemed like a puzzle she did not have time to solve. “It just did not seem like it would all work out in time,” she says.

She was eventually diagnosed with endometriosis, a condition in which tissue similar to that which normally lines the inside of your uterus grows outside the uterus. About one-third of the women who develop it also have fertility issues.

She had surgery to remove the problematic tissue. “As soon as I got scraped, I was pregnant again,” she recalls.

To explain why she wasn’t coming back, she called the fertility clinic and said she was pregnant. The doctor asked: Are you sure?

Where to Draw the Line

There are no widely accepted guidelines around BMI and fertility treatment in the U.S. The American College of Obstetricians and Gynecologists and the American Society for Reproductive Medicine are both silent on the topic. This leaves clinics to set their own standards.

Of the 77 clinics polled in the 2016 survey, 42 reported a maximum BMI at which they will perform IVF, ranging from 35 to over 50. Of the 38 percent that imposed a BMI limit for IUI, the figure mostly ranged from 40 to 45. Two clinics set a limit of 50 or greater for IUI.

Some countries with national healthcare systems have established eligibility criteria.

The U.K. National Health Service maintains guidelines recommending women have a BMI of 19 to 30, the “healthy” and “overweight” sections of the BMI scale, for IVF treatment. The actual decision comes to local commissioners, who usually impose restrictions on women whose BMIs are 30 or 35.

New Zealand and Australia also allow for some local discretion but the Royal Australian and New Zealand College of Obstetricians and Gynaecologists suggest that a BMI exceeding 35 be restricted from IVF treatments.

BMI has come under frequent criticism as a simplistic way to measure the complex matter of a person’s health, but for fertility practices that withhold treatment based on weight, it is the main criterion, and often the only one. In the 2016 survey, 64 percent of clinics with policies about weight (which, again, was two-thirds of the total clinics) depended specifically on BMI as the measurement of health. Thirty percent consider BMI combined with other criteria, like actual weight, medical comorbidities, and pre-surgical screening for anesthesia.

Only four percent of clinics considered pre-surgical screening despite anesthesia complications being the most often-cited concern about treating women with high BMIs.

Risk factors involved in anesthesia and surgery are a common reason for BMI restrictions. Due to the effects of obesity on the cardiovascular and respiratory system, the condition does affect the risk of complications from anesthesia needed for IVF.

These complications are rare but could be deadly; strokes, collapsed lungs, and cardiac ischemia are all potential outcomes.

Much like fertility treatments themselves, there are no universal standards for anesthesia and BMI. Clinics get to make the call.

Inverse sent emails to several fertility clinics that stated on its website that it limited treatment based on BMI, asking for someone to explain their decision.

“I knew I had so many labels on me”

The only one that responded, Reproductive Medicine Associates (RMA) of New York City, sent a statement that said, in part, “In accordance with RMA’s ambulatory surgical level of certification by The American Association for Accreditation of Ambulatory Surgery Facilities (AAAASF), patients with BMI above 40 … are given weight management tools, and advised that given their increased risk for complications, that their care is better suited for facilities in a hospital with additional resources.”

An official from the AAAASF told Inverse that its certification standards “do not currently address BMI explicitly in any way,” but they do mandate that, “A patient who, by reason of pre-existing or other medical conditions, is at significant risk for outpatient surgery in this facility should be referred to alternative facilities.”

Hansen, one of the authors of the new study, says this is a legitimate concern.

She recalls walking into the fertility clinic. “I knew I had so many labels on me,” she says. “I was ‘obese.’ I was a ‘geriatric pregnancy.’” She said she felt self-conscious, as if she wasn’t just entrusting that doctor with her chances of enlarging her family, but also with the emotional fragility that came with it.

“I think they need to look at the whole patient.”