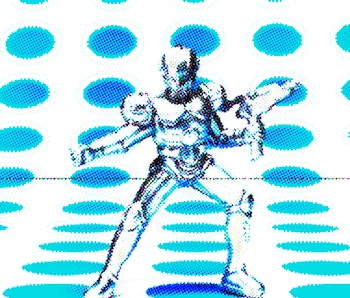 You may have seen clips of the creepy, dog-like robot from Boston Dynamics called Spot that can traverse rough terrains, map its environment, and grab you a drink, among other skills. The company has even programmed Spot to dance to K-pop.

Spot and other roving autonomous bots developed in recent years have received lots of criticism as they’ve been increasingly embraced by law enforcement officials. Some experts worry that the AI programmed into these robots could target people of color or use excessive violence. Last year, public concern forced the NYPD to retire a Spot model that they called Digidog.

It’s also possible for ordinary people to use commercially available robots for evil: This summer, a Russian man terrified the internet when he slapped a gun onto a Unitree dogbot.

Now, Boston Dynamics and other robotics companies seem eager to clean up their image.

What’s new — In an open letter published last week, six major robotics companies have promised not to weaponize their publicly available devices and software — and not to support anyone doing so — as originally reported by Axios. These include Agility Robotics, which is working on a hyped-up humanoid called Digit (that will come with a face and hands).

While the letter notes that “advanced mobile robots will provide great benefit to society as co-workers in industry and companions in our homes,” the automation giants do point out the potential for mistreatment.

“We believe that adding weapons to robots that are remotely or autonomously operated, widely available to the public, and capable of navigating to previously inaccessible locations where people live and work, raises new risks of harm and serious ethical issues,” they add.

There’s a catch — This oath doesn’t seem to apply to the devices used by military and police officials. That’s not a huge surprise, since Boston Dynamics largely got its start with funding from the military, along with the controversial Defense Advanced Research Projects Agency (DARPA).

In fact, U.S. Marine Corps officials have already looked into using Boston Dynamics’ AlphaDog robot in combat, but they shelved it in 2015 because it proved too loud for the battlefield. They have also tried to prep the company’s human-like Atlas model for battle.

Governments around the world also want to automate their armies. For instance, the French army has tested Spot for surveillance purposes, according to The Verge.

So while it may get more difficult for a regular Joe to go haywire with a humanoid, this option doesn’t appear to be off the table for law enforcement agencies.

Plastic pollution is a huge problem worldwide: We produce around 350 to 400 million tons of non-degradable plastic annually, and 5 to 13 million tons end up in the ocean. But we don’t yet have many sustainable, cost-effective recycling methods yet.

A promising technique called biodegradation could add a crucial tool to our recycling toolbox: Scientists have deployed organisms like bacteria and fungi to break down plastic, but it can take months and require pre-treatment that demands loads of energy.

Now, findings suggest that the saliva from the beeswax-eating wax worm, or Galleria mellonella, could be harnessed to break down the world's most widely used plastic (polyethylene or PE), according to a new study published in the journal Nature Communications. The method doesn’t require any treatment beforehand, saving time and money.

Researchers from Spain studied wax worm larvae saliva and found that it can degrade PE by breaking it down into smaller molecules. The process only takes a few hours. To the best of the researchers’ knowledge, this is the quickest biodegradation technique yet for PE.

Study author Federica Bertocchini, a molecular biologist at the Spanish National Research Council, hopes the new study can inspire other labs to go after similar research.

“We also hope that the study might increase the study of insects as the wonderful resourceful animals they are, both as a biotechnological tool, but, even more, at the basic research level,” she adds.

Read the full story to find out more.

Here’s what else we’re reading...

This has been HORIZONS, a newsletter that explores the innovations of today shaping the world of tomorrow. Subscribe for free.