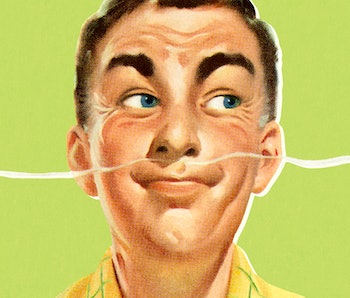 When movies made the leap from silent to sound, production companies had their eyes on the next sensory frontier in entertainment.

So in 1939, they attempted to bring smell into the cinematic experience. The Smell-O-Vision, a system that piped prepackaged scents from under movie theater seats, made its debut at the 1939 World’s Fair in New York City.

It didn’t go as planned. Audiences complained that the scents were out-of-sync with the movie, overpowering, or simply unpleasant. Despite an attempted revival in the 1960s, the technology largely fell by the wayside.

But now, more than sixty years later, science is considerably closer to making Smell-O-Vision a reality.

Computer scientists and chemical engineers at the Tokyo Institute of Technology in Japan have developed a machine-learning algorithm that can reverse-engineer a smell based on its chemical makeup.

With this technology, they hope to one day create custom scents on-demand, according to a study recently published in PLOS One. It does sound tempting to smell ratatouille as it’s being carefully prepared in Ratatouille.

Here’s the background — Scent has played an important evolutionary role: The brain’s olfactory bulb, which is responsible for processing odors, sits right next to the amygdala, which handles emotions — and the two share considerable neural overlap.

That’s why certain smells tend to evoke a strong emotional response; for example, the scent of chocolate chip cookies might transport you right back to the warmth of your grandmother’s kitchen, while the odor of pencil shavings may evoke college exam anxiety.

We rely on these subtle olfactory cues to tell us whether to feel safe, nervous, excited, or relaxed in a given environment.

People vary in how they interpret these signals. Factors like an individual’s race, gender, genetics, and unique experiences can all contribute to the way they perceive a specific smell.

Amanda Holloman, a computer science PhD student at the University of Alabama who specializes in olfactory research, has noticed this subjectivity in her own work (she was not involved with the new study). “One person might smell popcorn, and another smells vanilla,” she says.

What’s new — The researchers ran each scent through a mass spectrometer to reveal its chemical signature. They were able to isolate about sixty components called odorants that make up any smell.

Then, using a machine learning algorithm, they assigned a quality — such as sweet, fruity, or astringent — to each odorant, and measured its ratio relative to the smell’s other components. By tweaking these ratios, the researchers say, they may eventually be able to generate custom-tailored scents.

“Currently, there’s just a numerical calculation,” says Takamichi Nakamoto, an engineer at the Tokyo Institute of Technology and senior author of the new study. But “later, we’d like to repeat this actual smell.”

Why it matters — The team envisions an “AI perfumer” that can blend up a scent based on a given description. Such a device would be a boon for the cosmetic fragrance industry — for example, cooking up new scents for shampoos, lotions, or candles.

But it could also have medical applications, such as treating certain types of seizures. And it could even make for more realistic VR experiences in the Metaverse and other digital environments.

What’s next — The algorithm created by Nakamoto’s team was trained to recognize scents using human-generated descriptions of smells from a database.

But because olfactory computing is a relatively new field, Nakamoto says we have limited data on how people perceive odors. This can lead to algorithmic bias, an increasingly common issue in artificial intelligence.

To avoid this bias from creeping in — or, at the very least, minimize it — Holloman thinks researchers should develop a database using information from human subjects with as wide a range of different backgrounds as possible. “We need to focus more on recruitment,” she says.

For now, she thinks the new study represents a promising step forward for the olfactory computing field.

Whether or not Smell-O-Vision will succeed remains to be seen (or rather, sniffed). Either way, harnessing the power of fragrance with artificial intelligence sounds pretty scent-sational.