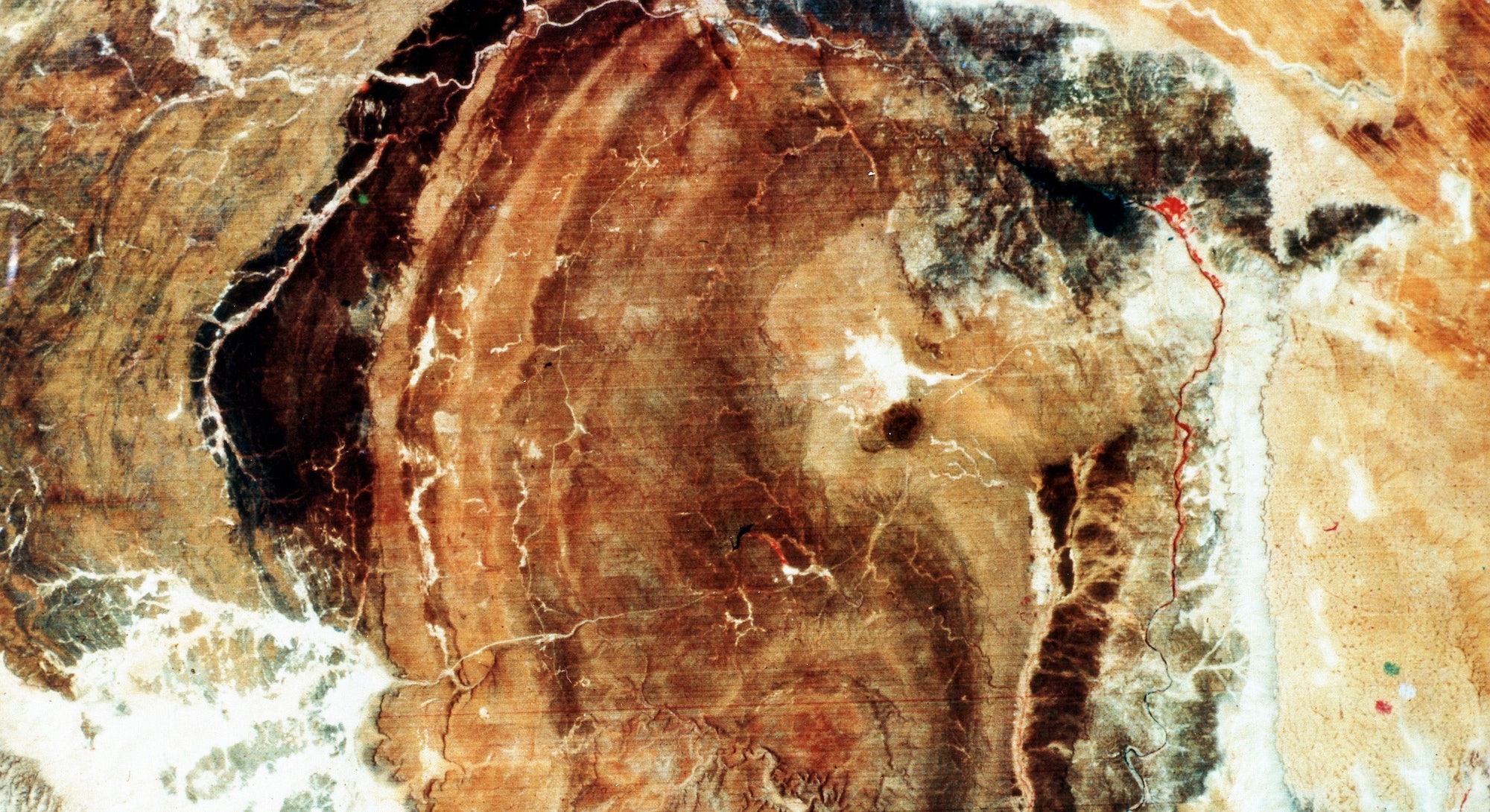 Fifty years ago, humanity gained a powerful new tool to study our home planet. That day, July 23, 1972, the National Aeronautics and Space Administration (NASA) and the United States Geological Survey (USGS) co-launched the first satellite, Landsat-1, in the Landsat program — the longest-running program to collect satellite imagery of Earth. The latest part of the fleet, Landsat-9, launched just last year.

In 1965, inspired by the orbital photography from the Gemini and Mercury programs (responsible for sending humans into orbit), then-head of USGS, William T. Pecora, dreamed up the concept of remote sensing satellites to observe Earth’s terrain and bodies of water, allowing for ongoing monitoring of natural resources.

Since the early 1960s, low-altitude satellites were already in use to monitor Earth’s atmospheric patterns, but Pecora had something different in mind. His idea was to use satellites to image large swaths of Earth’s surface simultaneously. However, Pecora initially faced significant opposition from within the U.S. government.

First, the Department of Defense was concerned that such high-powered optical satellites would endanger reconnaissance missions. Another hurdle was the Bureau of Budget’s reluctance because high-altitude aircraft were perceived as a more financially responsible alternative to satellites.

John Logsdon, the founder of George Washington University’s Space Policy Institute and Professor Emeritus at the School of International Affairs and a member of the Columbia Accident Investigation Board and NASA Advisory Council, studied international involvement and implications of Landsat around the time the satellite was launched.

“At that point, our intelligence satellite program was called CORONA, and then Hexagon, which was very secret,” Lodgson tells Inverse. “So, the idea of demonstrating the ability to take imagery from space, what became Landsat, was strongly opposed by the intelligence community. So I think more than funding, that was the issue of getting the program started.”

Nonetheless, Pecora was undeterred, and in 1966, he pressed President Lyndon Johnson’s Secretary of the Department of the Interior, Stewart Udall, to push forward with the development of a series of satellites dedicated to the observation of Earth’s resources. Despite the opposition, NASA finally agreed. The catch, explained Logsdon, was “a willingness to accept limitations on the resolution.”

The program also faced friction from abroad. There was concern over the effects of widely available economic intelligence from space.

“Other countries might say, ‘hey, you’re advertising this thing that is producing all kinds of economic benefits. Are we going to have access to the imagery?’ Was it going to be something that only the US would have access to? That was a very controversial issue in the United Nations in the run-up to the launch,” Logsdon says.

How Landsat-1 came to life

In 1967, NASA forged ahead and began to develop what was then called the Earth Resources Technology Satellite (ERTS-1), later to be redubbed Landsat. ERTS-1 launched on July 23, 1972, from Vandenberg Air Force Base in California. It was decommissioned on January 6, 1978, after its tape recorders malfunctioned. However, NASA and USGS had already launched Landsat-2 in January 1975 — and Landsat satellites have been in orbit ever since.

There were two instruments onboard for obtaining imagery. The return beam vidicon (RBV), which captured visible and near-infrared light, was intended to be the primary sensor. Landsat also carried the first Multi-Spectral Sensor (MSS), which generated radiometric images of Earth. This was one of the first times an MSS was ever used and was considered an experimental sensor at the satellite’s launch.

Virginia T. Norwood, an MIT-educated mathematical physicist working at Hughes Aircraft Company, developed the MSS. The first version of her MSS had seven spectral bands and was first tested by reconstructing Half Dome in California’s Yosemite National Park. The MSS was set up on Glacier Point, 2.5 miles from Half Dome, and the image was reconstructed using three bands. The first test was a success, eventually leading to the recognition of Norwood as the “Mother of Landsat.”

By 1974, two years after its launch, Landsat-1 provided more than 100,000 images, covering more than 75 percent of Earth’s surface, with each image covering 115 miles by 115 miles. The MSS on Landsat-1 relayed over 300,000 images while the satellite was in commission. The satellite was so effective at imaging Earth that new land masses were discovered. In 1976, a small uninhabited island off the coast of Newfoundland was identified and named Landsat Island. The island is remarkably small, with an area of 82 x 148 feet, an ode to Landsat’s resolution.

Although Norwood’s original MSS could record seven spectral bands, this had to be reduced to four for the launch of Landsat-1 because of size restrictions, though the full seven-band MSS was launched with Landsat-4. Despite the reduction to four data channels, and its experimental nature, after NASA began to review the images Landsat-1 sent back, the MSS quickly replaced the RBV as the primary sensor.

Samuel Goward, professor emeritus of Geographical Sciences at the University of Maryland and co-author of Landsat’s Enduring Legacy: Pioneering Global Land Observations from Space, has been working with Landsat since he was a graduate student at Indiana State University, where he graduated in 1979. He recalled how using the MSS was a game changer. Goward explained that it was rooted back in color infrared film developed in the 1930s that was then used extensively in World War II with camouflage detection.

This film was useful because it contains spectral ranges of red, green, and near-infrared (just past our visual spectrum), Goward says. Landsat personnel chose these particular wavelengths because healthy vegetation strongly absorbs green, but is highly reflective in the near-infrared. So, in MSS Landsat imagery, very bright near-infrared will indicate good vegetation, whereas more gray regions will not show a strong signal in the near-infrared. Goward explained that this evolved into a vegetation index that can measure the health of crops. Such an index can have substantial economic implications.

Landsat was a massive team effort. Valerie L. Thomas, a physics graduate of Morgan State University, started at NASA as a mathematical/data analyst and eventually helped develop the digital image processing and storage systems for the early Landsat program. She went on to become one of the foremost image processing specialists. She helped develop the Large Area Crop Inventory Experiment (LACIE), which allows monitoring of crops on a global scale using data from Landsat.

Though Landsat was initially created to observe Earth’s natural resources, mainly from an economic perspective, its applications today are much wider reaching. Landsat data is now used to track wildfires, habitats, wave size, and even glacial retreat — and thus is a significant contributor to studying climate change.

“It was only after the atmospheric sciences and oceanographers began to do the calculations of carbon flux, that they realized they needed to know what was going on in the land in order to understand global carbon dynamics,” Goward says. “So, with the satellite data, we started to look at how the carbon exchange in the land was taking place. And that's a piece of the puzzle where if you don't know that, you don't know carbon dynamics on planet Earth. And so it's [Landsat] become a major player.”

“These data sets have become the primary source of information that tells us what's taking place,” he adds. “It all goes back to the visible near-infrared vegetation signal.”

The most recent iteration of Landsat, Landsat-9, was launched on September 27, 2021, but both Landsat-7, and Landsat-8 are circulating the skies above us.

“Landsat developed an entirely new science. And none of us who got involved in the early days really saw that coming,” said Goward. “But as we got further and further into it, we realized we were looking at the Earth in an entirely different way than we ever had before. And we've learned things that we never expected to learn about it.”

Looking forward, he told me that Landsat-10 — which has no announced launch date — will have an astounding 25 spectral bands, compared to Landsat-1’s 4 channels, which enable differentiation of atmospheric versus planetary processes. He also talked about improved temporal resolution that would allow researchers to even differentiate if it is raining.

“So what's gonna happen in the future extends far beyond anything we've done in our generation. It's what is coming that is even more spectacular than what we've done so far,” Goward speculates.

If you want to see, or use, the 15 meter resolution Landsat data for yourself, you can collect it from USGS’s Earth Explorer website.