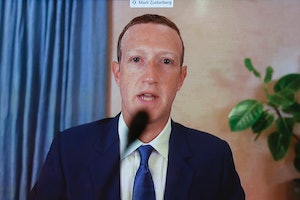 Facebook is riding the smart display wave with Portal devices ranging from $129 to $229. Early reviews for the device were mediocre at best when it launched in 2018, and the Portal TV (a $129 high-tech camera that turns your television into a smart video conferencing screen) didn't fare much better. Most reviews cite privacy concerns around putting a Facebook camera in your house, especially given the company's terrible track record when it comes to privacy. Thankfully, there are plenty of alternatives to both the Facebook Portal and Portal TV.

The Portal’s announcement came days after Facebook revealed that its “View As” feature was exploited to compromise 30 million additional accounts. It also hadn't been that long since the Cambridge Analytica scandal, which resulted in the leak of data from some 87 million users. The timing was questionable, almost as if the social media company had no choice but to roll out the Portal to compete with Google and Amazon. The reviews punished it.

If you feel the same, here are four almost identical products that won't make you feel quite as uncomfortable every time you walk past them.

Facebook Portal Alternatives: Lenovo Smart Display for $99 and up

Don't feel like waiting for the Google Nest Hub 2? Lenovo is offering its own smart home display featuring the same Google Assistant technology. The company originally started with a 10-inch model, which The Verge called it a “Google appliance” that shines in the kitchen while Digital Trends also said it was great for cooking.

That 10-inch Facebook Portal alternative is no longer available, but you can grab the 7-inch Lenovo Smart Display for $99. There's also an 8-inch model for $200, but your best bet is the cheaper and slightly smaller display.

Of the tech giants, Amazon was first to the smart display trend with the Echo Show, which leverages Alexa combined with a dazzling 10.1-inch display. The third-gen version debuted in February 2021 for $249. PCMag praised its "powerful" audio and a motorized stand that rotates so this Portal alternative is always looking right at you. (How's that for creepy?)

If you want something cheaper, the Echo Show 5 is available for as little as $65.

The JBL Link View, the most unique-looking of all of the smart displays, is the only one that doubled down on its music capabilities. JBL is a loudspeaker company first, and that’s evident from two rounded speakers that flank the Link View’s 8-inch screen.

It comes with the Google Assistant, just like the Home Hub and Lenovo, making it a worthy sous chef. But this display is geared for all of the audiophiles out there.

“It has the best speakers of any display we’ve tried,” said Jefferey Van Camp from Wired.

The Facebook Portal TV is actually a pretty interesting idea, turning your pre-existing TV into a massive smart display for making video calls in your home. None of the other big tech companies offer anything quite the same. Back in 2021, a company called Tely Labs offered a similar product, which Wired praised as easy to use thanks to its integration with Skype.

Tely Labs went out of business. So if you're looking for a Portal TV alternative right now you've got two options. Wait for another company to catch up, or give in and put a Facebook camera in your living room.

This article was originally published on November 9, 2018