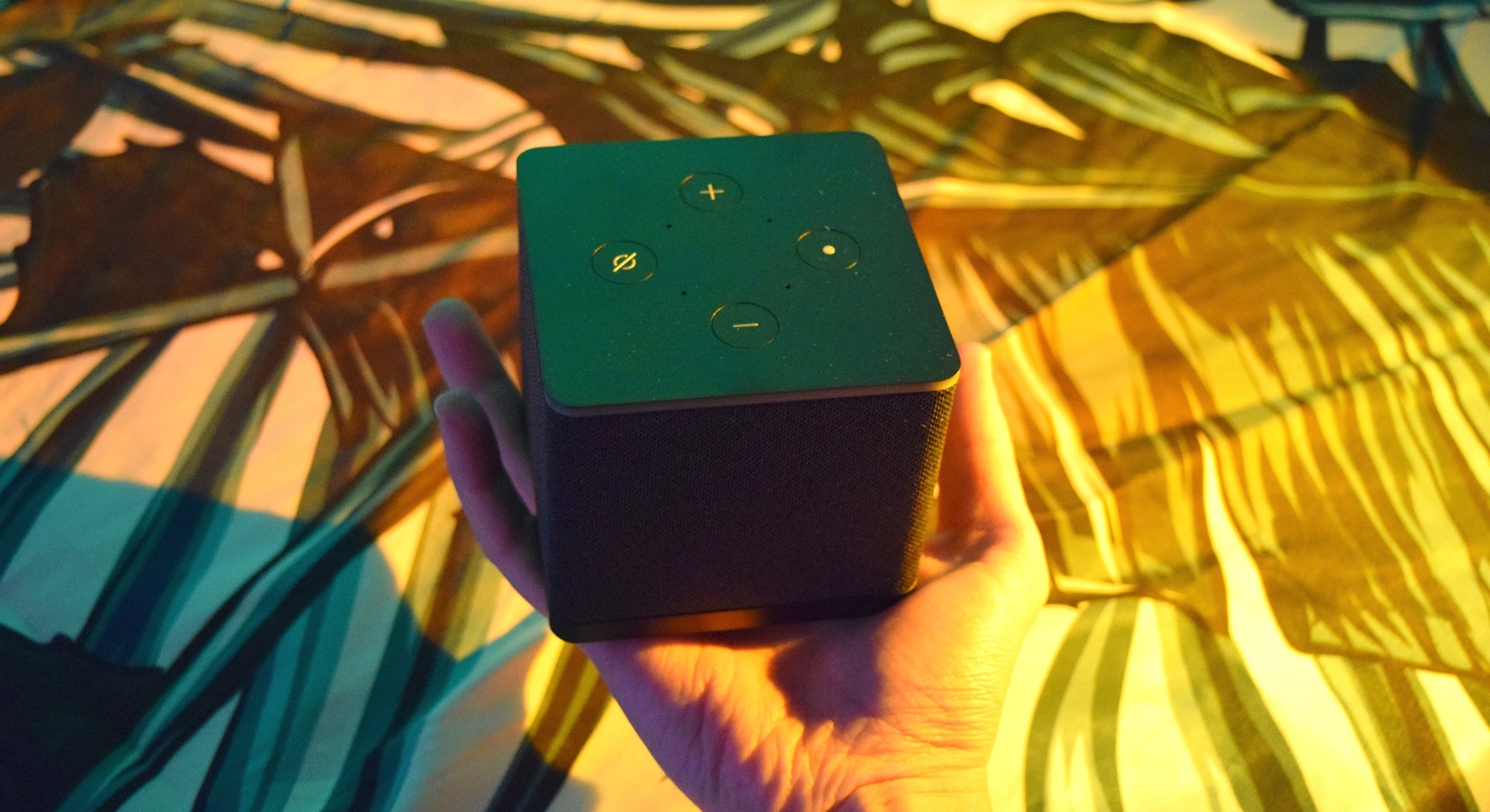 I invited the voice assistant wars into my home willingly.

Most consumers will avoid ecosystem confusion like some kind of gadget-induced plague — Apple products beget more Apple products, and that’s that. But as a reviewer of things that have chips, it was my duty to go where few are willing to tread: toward an ungodly, hybrid Google Assistant and Amazon Alexa household. Yuck.

Prior to the arrival of Amazon’s 3rd-gen Fire TV Cube, Google was the maestro of my makeshift smart home. Two small, but mighty, Google Nest Minis had a monopoly over the lights, AC, and most importantly, the TV. With a little bit of controlled shouting, I’d trained my Google to turn my underwhelming TCL 3-Series Roku TV off and on, switch the input, and for some reason, repeatedly forget how to control the volume. Anything to avoid my TV’s cheap, plastic remote.

I’d come to respect my Google Nest Mini, warts and all, but when a superior piece of technology comes along, it’s worth recognizing. In this case, the aforementioned superior tech is Amazon’s newest Fire TV Cube, which despite poor naming conventions, is actually a solid and satisfying device that elevated my smart home and streaming experience.

For the uninitiated, the Fire TV Cube is exactly what it sounds like: an unremarkable-looking computer box designed by Amazon to fit inoffensively into any entertainment console. Its mission is — with the help of Alexa and a remote — to master all of your streaming needs. That includes housing all your apps, controlling your soundbar, and operating your TV.

It’s a tall order for a tiny cube, but Amazon is no stranger to the world of streaming or hardware. So, how does the newest Fire TV Cube fair in all of its endeavors? Let's focus on what’s new.

One of the first things that I immediately noticed was just how much smoother the new Fire TV Cube made my streaming experience. The newest device is loaded with a 32-bit Amlogic POP1-G processor with four ARM Cortex-A73 CPU cores at 2.2GHz, and four Cortex-A53 cores at 2GHz. In English, that translates to Amazon’s 3rd-gen cube being very fast.

That speed is easily felt when scrolling through menus and watching content, but also while calling upon Alexa to switch between inputs, load different apps, or find specific content.

As someone with a not-so-great TV, the Fire TV Cube 3rd-gen made it feel as though I’d majorly upgraded the guts of my TCL 3-Series. If you’re struggling with slow or clunky menus, the Fire TV Cube will surely be a boon to your overall satisfaction.

All that extra power also translates to some pretty nifty software features, including “Super Resolution” which is capable of upscaling HD content into 4K. As I mentioned previously, I don’t own a 4K TV, but can say, for certain, that whatever upscaling tech comes in the box definitely made my picture sharper and cleaner compared to streaming on my lackluster TCL.

For pickier viewers, the added sharpness can be jarring — I happened to love what Amazon’s AI adds to most movies/TV. But, if you’re sensitive to that sort of thing, you can always disable Super Resolution in the settings and go about your viewing journey upscale-free.

Also new in the latest generation is the addition of an HDMI-in port that allows you to connect hardware like a cable box, or in my case, an Xbox Series S.

Connecting something like an Xbox or a Nintendo Switch into the HDMI slot offers a few benefits, including the option to have Alexa overlay while you’re using your console. It’s not the biggest perk, but it is nice to have both interfaces meshed, so you can see when Alexa is activated on your screen while gaming. In my experience, the overlay is subtle enough as to not disrupt your ever-important Apex Legends match.

Using the HDMI-in port also gives you the benefit of upscaling. If you’re using a Nintendo Switch with a max resolution of 1080p, the Fire TV Cube will automatically upscale to whatever your device settings dictate — 4K, for example.

Other new ports include an Ethernet for maximum connectivity and a USB port that allows you to slot in a device like a webcam.

Using Alexa on Amazon’s latest cube is snappy. Period. While the included remote is serviceable (and also comes with its own Alexa button), I find myself wanting to use Alexa on the Cube itself.

Using Amazon’s ubiquitous voice assistant does come with the drawbacks of using just about any voice assistant, however. At times, during testing, Alexa would affirmatively register commands like “switch to HDMI 1” and then fail to actually bring me the input I requested. I can confirm that yelling at Fire TV Cube is as fun as yelling at any unruly voice assistant.

Most of the time, however, Alexa gets the job done with pep. It’s worth noting that Amazon requests that you position your Fire TV Cube at least a foot away from speakers. Factor that into your decision and current setup before buying.

Is the Fire TV Cube 3rd-gen worth the price?

I can say firmly that Amazon’s new Fire TV Cube has supplanted Google as the master of my TV. I’ll still use both Nest Minis for controlling lights and smart plugs, but having a dedicated device for entertainment is something I never thought I needed. That’s even without being able to test Wi-Fi 6E or using the Fire TV Cube in 4K.

I can’t speak for people who already enjoy their TV’s navigation experience, but for someone who absolutely loathes the UX associated with perusing TCL menus, I can say firmly that using Amazon’s Fire TV Cube is a huge win. While $140 isn’t negligible, buying a Fire TV Cube does likely guarantee less pain per viewing.