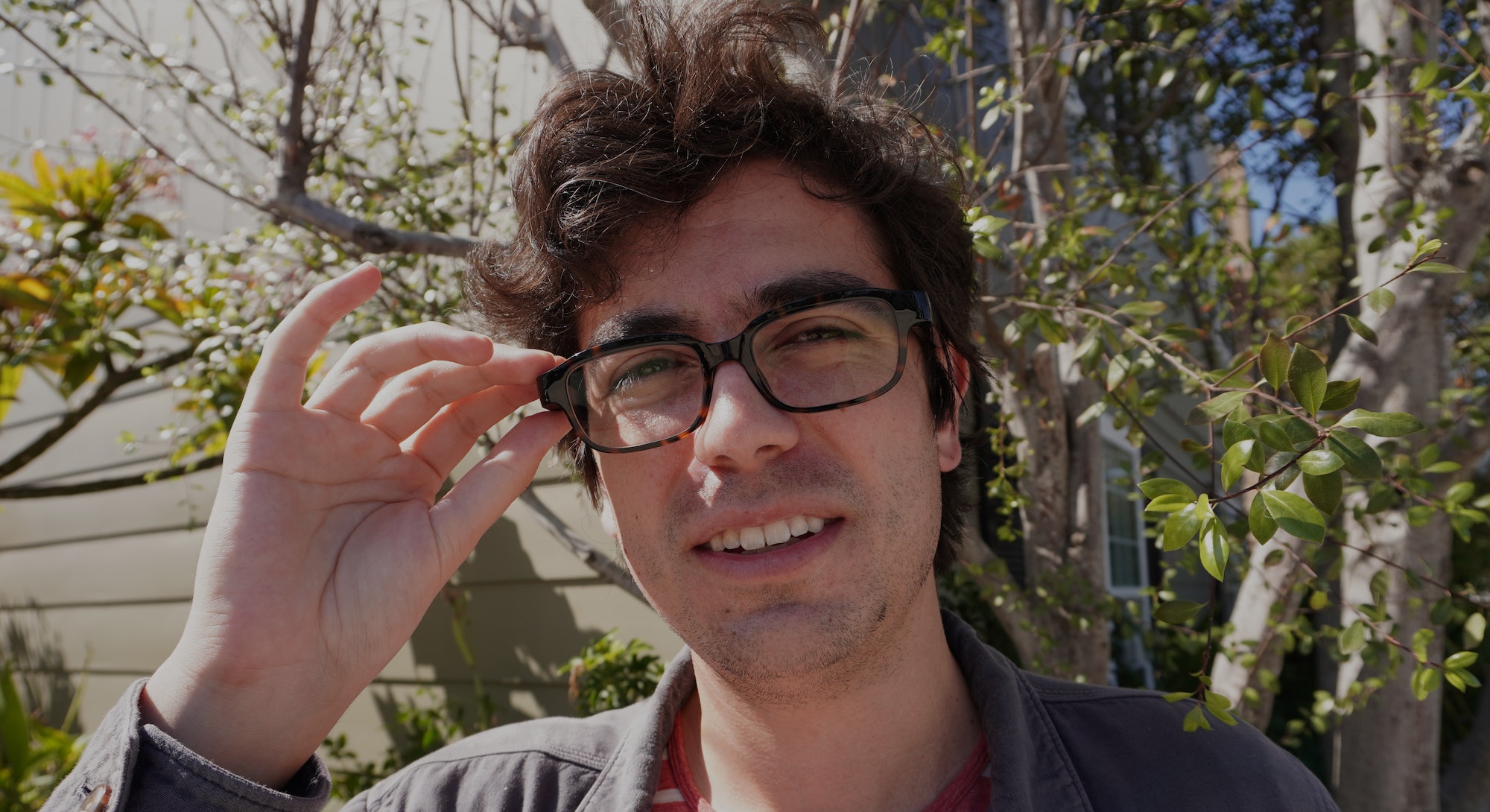 After conquering desks, pockets, and our wrists, big tech is ambitiously racing to put computers — in the form of smart glasses — on our faces.

With proper smart glasses that can display or project information in front of or into your eyes still in their early days as consumer products, the interim seems to be ambient, audio-focused experiences such as Amazon's Echo Frames.

Whether smart glasses like the Echo Frames have longevity or not, it feels like Amazon's hit on something legitimate here. The Echo Frames are simple: they let me hear incoming notifications, call up Alexa for simple (if limited tasks), and disappear into my music/podcast/audiobook.

In practice, the Echo Frames are most useful as open-ear headphones, but that shouldn’t be discounted. Smart glasses, and really any kind of augmented reality experience, are going to need to figure out the details first before they start doing any of the more computing-heavy mixed reality stuff that's approaching “the metaverse.” There are no cameras or displays in the Echo Frames, but that's not necessarily a bad thing because Amazon sticks the landing for the few things it can do.

The Echo Frames are smart glasses with open-ear audio and easy access to Alexa.

If there’s any obvious problem with the Echo Frames, it’s how they look. These smart glasses do not by any means look bad, but they're a little bit dowdy for my taste. Amazon has options that span different finishes like black, tortoise, two-tone blue, and a two-tone gray. And the rims and lenses themselves are narrow and rounded, and basically look like reading glasses you might try on in a CVS checkout line. You can get the Echo Frames with blue-light filtering lenses or polarized sunglasses lenses for the same $269 price, or get frames that are ready for prescription lenses through a third party for $249 (note the cost of a new prescription could make these the more expensive option).

The Echo Frames are an acquired taste, and they don’t do the best job of hiding the fact they have tech stowaways (that honor goes to the Ray-Ban Stories). With temples that are explicitly thicker and boxier than the rest of the glasses, it’s pretty clear there are speakers, microphones, and a built-in charging port. All that being said, Amazon’s smart glasses are comfortable to wear. A lot of Amazon’s design decisions are in service of making the Echo Frames fit a majority of faces without issue, and it works. Nothing rubs uncomfortably and the Echo Frames stayed on my face without any adjustments.

The Echo Frames listening experience is really great — better than I expected. My exposure to open-ear audio before exploring smart glasses was the Meta Quest 2 VR headset, which does a good job of keeping sound isolated (my real problem with VR audio is how voice chats get mixed with games). The Echo Frames are even better.

There isn't the same “sealed” pressurized feeling you’d get from headphones with noise cancellation, and you can still hear everything going on around you, but I was surprised by how much I enjoyed the Echo Frames, even on low volumes (around 40 percent). What you hear isn’t as rich or layered as something you’d get from a normal pair of AirPods or AirPods Pro (bass is weak as expected) but it more than does the trick if you’re listening to a podcast or an audiobook, which Amazon, as the owner of Audible, is more than happy to sell you.

The same is true for phone calls, and if anything, they benefit from the unique “inside your head” audio experience that the open-ear audio on the Echo Frames can provide. You’re not going to sound better than if you used a dedicated microphone, but any calls I took were crisp, clear, and most importantly, natural, because I didn’t need to have anything plugged into my ears or held up to my mouth.

The range from the Echo Frames’ Bluetooth 5.0 connection is also respectable. Your individual experience will vary, but I was able to leave my phone in my home office and grab something from my downstairs bedroom without losing connection to the smart glasses. The times when you’d be wearing the Echo Frames but away from your phone seem limited, but it’s good that there’s some room to play.

Amazon estimates that the Echo Frames should get around 2 hours of mixed-use or around 4.5 hours of pure listening. Those measurements are a little bit longer than my experience. I got about 3–4 four hours of listening most days, which with the amount of music and podcasts I consume and calls I take, translated to nearly a workday’s worth of battery life starting at a full charge. Not the best, but not terrible.

The Echo Frames rely on the Alexa app like a lot of Amazon hardware, which comes with its own complications. The Alexa app does everything you need it to do, but because of that, the amount of information is very dense, with multiple settings you can adjust, several of which have nothing to do with the Echo Frames directly.

But because you have close to unfettered access to Alexa and all of its various integrations (assuming you have an internet connection), what the Echo Frames can actually do is very broad. There are obvious options, like answering calls or asking Alexa to play music from a streaming service, and more Amazon-y ones, like initiating an Alexa Routine for your smart home. Amazon has a VIP Notifications system so you don’t receive absolutely every notification on the Echo Frames and a setting to automatically adjust the volume on the fly if you happen to wander through somewhere loud or live next to a construction site (like I do).

Still, the best use for the Echo Frames is as a solid pair of wireless open-ear headphones, but the glasses suggest there’s potential for more.

Unfortunately, despite Amazon doing a good job at making the Echo Frames useful, it didn’t successfully make them cool, or better yet, invisible. Taste is hard to nail down, but if a smart glasses’ style is as important a barrier to clear as how they work, the Echo Frames are just barely skating by in my opinion. Amazon has the war chest (and probably the data on what styles and colors people like) to fix this problem in a future version.

Amazon first released its second-generation Echo Frames (the model I tested) in 2020, which means there’s a good chance the company has an update planned in the next year or so.

At $249 (or $269 if you’re looking for a special lens treatment) the Echo Frames are far from the impulse purchase territory of Amazon’s other Alexa-enabled devices, and a step down in audio quality from what you could get from a dedicated pair of wireless earbuds. But if you’re already invested in the Alexa ecosystem at home, the Echo Frames’ deep integration could be worth considering.

At this point, the safest recommendation is to wait till next year to see if Amazon has more style options planned for a future model, but the company’s current Echo Frames are a great proof-of-concept. It's also entirely possible that Amazon axes the Echo Frames — you never know with Amazon devices.