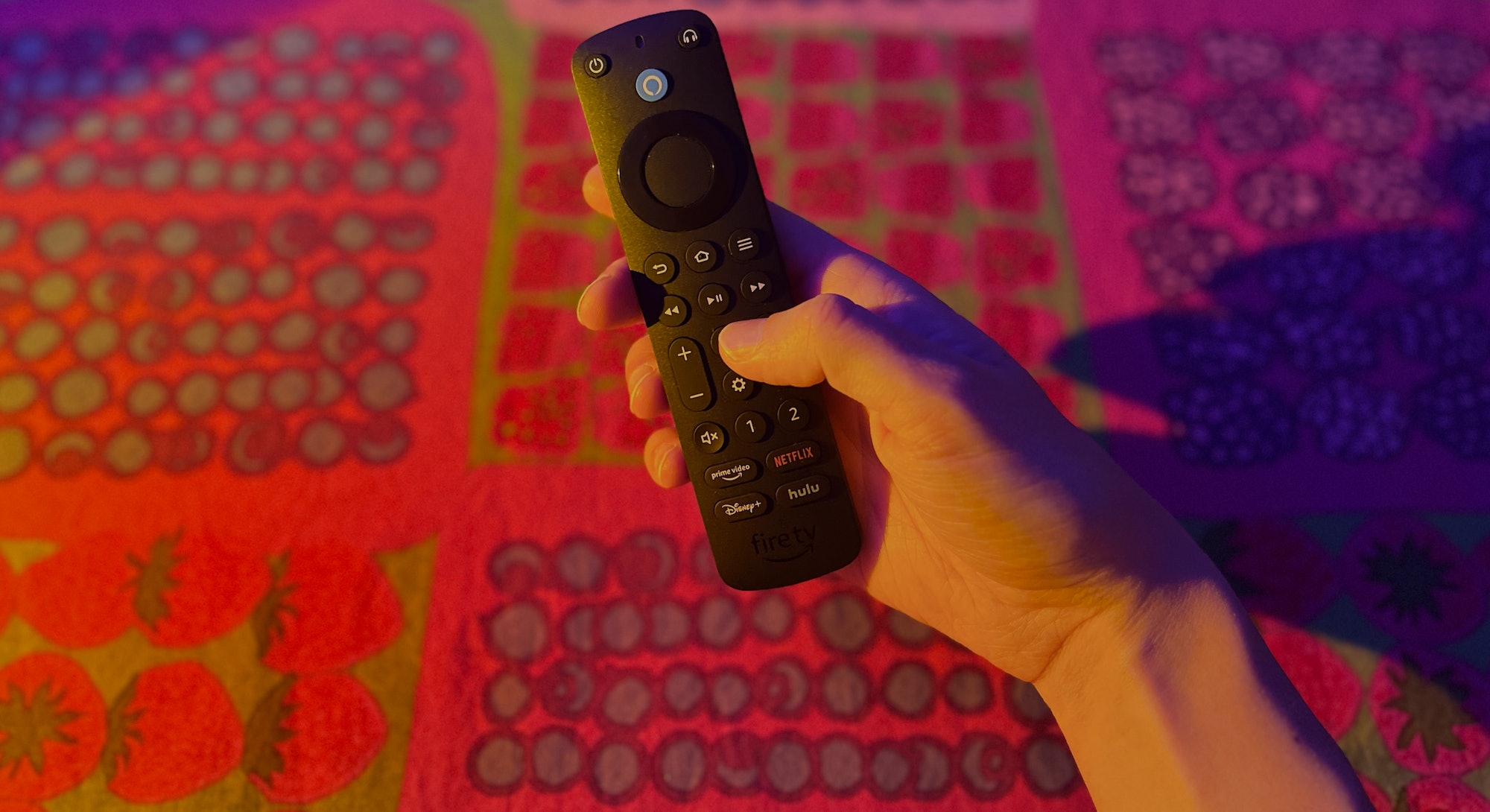 As my colleague Ray Wong opined last year, Pro streaming remotes are a thing now, and like him, I am now reviewing one.

But before we marvel at the idea of a world where streaming remotes are sold in tiers, let me be clear: paying $35 for a “premium” TV remote will not be a thing for everyone. But for some people, the category — in this case, Amazon’s Alexa Voice Remote Pro — might actually be worth the extra expense.

To make my case, I’m going to highlight a few features and how they might augment your current streaming setup. Don’t touch that remote (or do, I guess, if you’ve already got a pro one).

As you might’ve already ascertained, Amazon’s new pro remote comes equipped with (drum roll) Alexa. That shouldn’t be a shock if you’ve been paying attention to just how many products the e-commerce giant has managed to cram its voice assistant into over the years.

If you’ve already got an Alexa-enabled streaming device like a Fire TV Cube (3rd-gen), the addition of Alexa in your remote will likely do little to sway your wallet. But if you’re using a Fire TV Stick, for example, the ability to bark commands at your remote might actually be kind of useful.

To test the Alexa Voice Remote Pro’s microphone, I used a Fire TV Cube with its microphone on mute. Years of investment and evolution have clearly paid off: even packed inside a tiny remote, Alexa was able to swiftly handle all my commands to switch between services or queue up music on Spotify.

If you’re in the mood to let Alexa fully take the wheel, you can even request that Amazon’s voice assistant “find action movies” for you. I, personally, am too pretentious for that feature, but in a turkey-induced food coma, letting AI take the wheel might not be so bad.

No price for peace

One of my favorite features actually has nothing to do with Alexa. The Alexa Voice Remote Pro now comes with a headphone button at the top, which allows you to pair a Bluetooth audio device. This allows your streaming audio to play through wireless headphones or wireless earbuds as opposed to your TV or soundbar.

I tested the feature out by connecting the Nothing Ear Stick and watching some Netflix. The setup was simple, and the Bluetooth connection was smooth. I was pleased to see that the audio returned to the TV as soon as my wireless earbuds disconnected.

For some people in sound-sensitive households or people who want to watch TV or movies late at night without bothering anyone, this simple feature could turn out to be a big win. And don’t your co-habitators deserve a break?

Another worthy feature in Amazon’s pro remote is the addition of two programmable buttons that can be customized for a few personal preferences. Again, the setup process was easy, and it even suggests some recent voice commands if you’re at a loss for what to load the buttons up with.

In my case, I chose to make my two custom buttons launch Spotify and HBO Max, neither of which are available through the Alexa Voice Remote Pro’s pre-ordained hot buttons. This is an easy win for Amazon, and anything that saves time fumbling through menus is alright by me.

“Alexa: save me from myself”

One of the biggest features of note is the addition of a “find my” feature that allows you to query Alexa when your remote has gone missing.

The result is a very unmissable tone which I’ve recorded for you here:

I don’t know that being able to ping your remote when it’s lost is a decision-making feature that justifies spending a not-negligible amount of money on. But when you’re ready to melt your brain watching Netflix after a long day and the remote is on an unsanctioned hiatus, you’ll be grateful it’s there. It’s also a feature Ray was disappointed to not find on the Siri Remote for the Apple TV 4K (2022), so Amazon is at least ahead of the curve.

A part of me resents the very existence of pro remotes. Does a company like Amazon really need to squeeze extra money out of its consumers by adding a few handy (if not groundbreaking) features to a remote? I don’t think we need to query Alexa to answer that question. If I were deputized King Amazon, I’d err on the side of just making a really freakin’ good remote for all streaming products. Period.

But King Amazon, I am not, and this is the world we live in. If you can get past the resentment of tiered remotes, Amazon’s Alexa Voice Remote Pro does add value to your non-Alexa Fire TV Stick experience. Plus, it’s hard to put a price on being able to ignore the dust under your couch cushions just a little while longer.