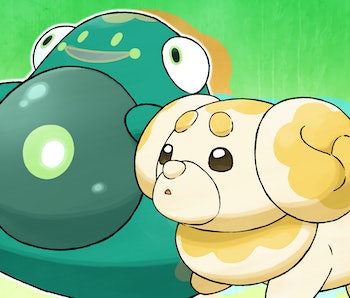 Pokémon Scarlet and Violet are out in the wild, and just because they have some major performance issues doesn’t mean you can’t perform well in battles. For most of the game, you’re probably safe just using the time-tested method of running with whichever Pokémon you think are the cutest, but sometimes you need a little extra firepower.

Electric-type Pokémon tend to have some powerful moves and high Special Attack ratings, making them valuable team members. Plus, they’ll help you crush any Water-type Pokémon in your way, and the only weakness for pure Electric-types is Ground. In almost every situation, you’ll want an Electric-type on hand.

Here are the best Electric-type Pokémon in Pokémon Scarlet and Violet, not including Legendaries.

These are the Electric-type Pokémon you can safely ignore. There’s a major step up in stats between this tier and the next, meaning any other Pokémon you choose is going to be stronger than these.

Rotom has the highest stats in this tier, along with the Levitate ability that makes it immune to Ground attacks (but better Pokémon have it, too). Pincurchin actually has solid Attack and Special attack stats, but its dreadful Speed and HP let it down. Dedenne’s Pickup ability lets it sometimes find items outside of battle, but it won’t do you any favors in a fight. Lowest on the list is Pachirisu, whose low stats and lack of an evolution make it a good pet, but a terrible fighter.

C-Tier Pokémon are still pretty skippable, though they certainly outclass the previous picks.

Among them, Electrode stands out for its exceptional Speed, but doesn’t have much else going for it. It can paralyze opponents, but so can Pokémon higher on the list. The same goes for Raichu, who trades Speed for power. Raichu gets bonus points for cuteness, but not enough to move it up a tier. The shapeshifting Oricorio in Pom-Pom form has a decent stat spread, but it’s more of a gimmick than a viable team member.

Electric-type Pokémon in this tier are still great picks, with relatively high total stats, and they’ve all got something else to recommend them. The Electric/Flying-type Kilowattrel is best in class here, with incredible Speed and a good Special Attack rating that’ll have it doling out lots of damage.

Bellibolt has fantastic Defense and Special Defense, making it great against heavy hitters, and its Special Attack is great. If it didn’t have the lowest Speed on this list, it would probably be a tier higher.

Pawmi is a great early-game pick, but its Pawmot evolution doesn’t quite keep that up. Among its middle-of-the-road stats, only its Attack stands out, and Elektross is a better pick if that’s what you’re going for.

Going by total stats, Luxray actually ranks higher than one S-Tier pick, but its strange stat distribution hurts it. Luxray has unusually high Attack, but its low Special Attack and lack of any excellent abilities keep it from S-Tier. A better bet is Ampharos, whose high Special Attack and ability to paralyze opponents makes it a solid bet. Then there’s Toxtricity, a less effective Pokémon overall, whose Poison-typing gives it a host of damage resistances that really come in handy.

By the numbers, Magnezone is the best Electric-type Pokémon in Scarlet and Violet, with the highest stat total among Electric-types. It has incredibly high Special Attack, which is an Electric-type’s specialty, along with very high Defense and Special Defense.

Elektross isn’t quite as remarkable, but its unusally high Attack rating makes it stand out. What really puts it in this tier is its Levitate ability, which makes it completely immune to Ground-type Pokémon. Combined with its solid damage stats, that makes Elektross a fierce competitor.