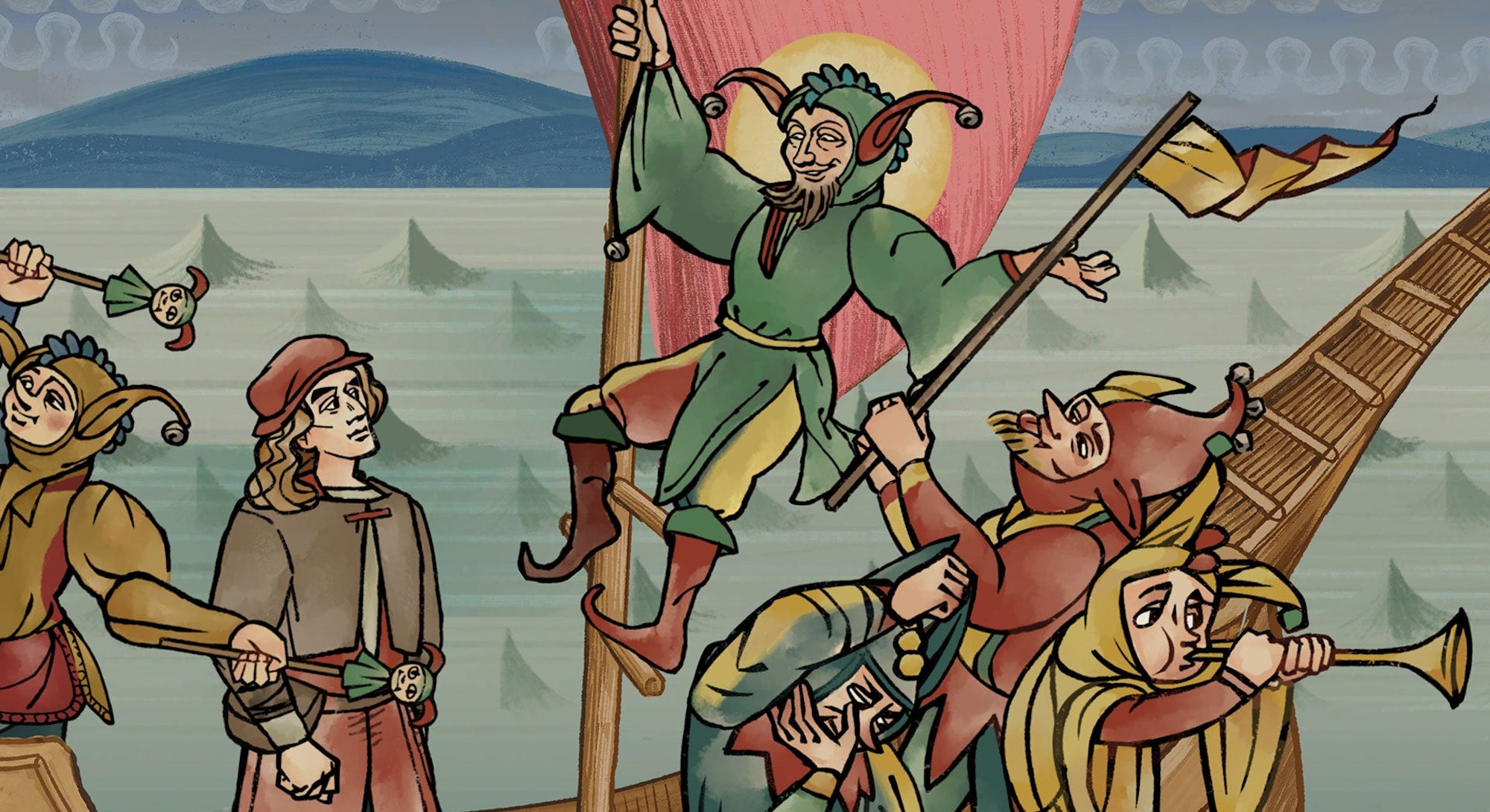 A story about a 16th-century artist might be more relevant to modern times than you think.

Pentiment started a passion project for Josh Sawyer, studio design director at Obsidian. Before long a small team, equally passionate, had started working on the game, turning it into a gorgeous murder mystery that mimics the illuminated and wood-block art style of the 16th century. What’s really interesting, however, are the similarities that started to pop up between the story of the game’s protagonist, Andreas, and the experience of Pentiment’s development team.

“This project is Josh's dream project, this thing that he's always really wanted to make. Andreas’ journey is similar to that in some ways — finally making this thing the way he really wanted to, and seeing the struggles and joys that come from that,” says Pentiment Art Director Hannah Kennedy “That was a fun little self-insert there, maybe, not just from Josh but from all of us. That’s such a bonkers comparison, a dev in 2022 and a 16th-century German journeyman artist, but I felt it sometimes.”

Kennedy says the team got to do some emotional “meta” storytelling with Pentiment, focusing on the struggle of balancing the art you make to your own standards with the academic standards expected of you. Ahead of Pentiment’s release on November 15, Inverse spoke with Kennedy at length about the upcoming 16th-century narrative adventure. She spoke about the game’s unique approach to font design and reflected on what history can show us about the role of art in the modern world.

The interview below has been edited for clarity and brevity.

Is the protagonist Andreas inspired by any historical figures?

Kennedy — Visually we designed him off the archetype of Albrecht Dürer for a couple of reasons. He fits the time period and the region that we were setting the story in, but he was also a regular young artist when he started his professional career. He's also, at least in Western European history, one of the artists who were first associated with incorporating his signature into his work. Basically, it’s the modern-day equivalent of branding.

I thought that was an interesting parallel with this story that we wanted to tell: You are embodying this artist that's trying to figure himself out and what he wants to grow into.

Art had a unique importance in 16th-century society because most people at that time couldn’t read. How does the idea of literacy and access to information inform the story you’re telling here?

Kennedy — A big focus of the game is comparing the cultural setting and the societal contrast between Andreas and his position in training, but for a very sort of well-to-do career.

In the context of the villagers and the peasants, we have this farmer group of people, we have the village tradesmen class, and then we have the Benedictine church. We really wanted to play with how all of those groups interact with each other, and Andreas’ role in it all.

In some instances, we use art to contrast those groups of people. The Benedictine monks all look very similar, but they also have different fonts that represent them speaking and show that they are from a different social class. So they use really heavy Gothic blackletter text written very slowly to give that impression.

We had a group of historians that we would ask, “Can you review this and tell us how close did we land?” So there was that process of getting as close as possible to what those people would write like. Then we also had the challenge of adapting that into a usable font, because we wanted to do the animation process where the text is generated as if the script is being written.

I think it adds a lot of character to the game, especially since we don’t have voice acting. So all of the voice comes from text effects and the custom fonts that we use to represent them.

How did you balance rooting Pentiment in this historical moment and making it approachable to players who might not be interested in art history?

Kennedy — That art style of wood blocks, especially when it comes to landscapes and spaces, is flattened and abstracted. They're beautiful and look great in an array, but as soon as you imagine having control of a little guy you have to move through the space, it can become very confusing. Where are you allowed to go, and how do you get there? At first, we thought we might have free-roam on a floor plane and we realized pretty quickly that it was not really central to what we were trying to accomplish with the story and the gameplay.

So we set player movement to a track and compose the scenes in a way that wasn't confusing.

The game's overall art style is rather different from the style of the art that the characters create in-game. How are these distinct styles related?

Kennedy — That was something that we had to play with a little bit because when you have a game that’s already made to look like the art that you're referencing, in-game they’d be literally drawing that art. We had to decide: Was their art going to be an exact representation of what it really looked like? But that doesn't feel true to history because they were making stylized art instead of aiming for realism. It also was confusing to show the player, “Look here’s this guy, and then here's the thing he made, and it just looks like him again.”

The art that is made by characters in this world that you see on walls, buildings, and murals is an even more simplified version that’s even looser and more stylized.

Then whenever the player looks directly at a document in isolation, we wanted to pull you out of the meta for a second, because we're doing this thing with the book where you pull it out of the scene and into our menu. You zoom into the margins and see a physical book there. So we wanted to mimic that feeling a little bit with the document art we showed in-game. This is true for letters and pieces of book pages that you're looking at or paintings. If you're looking at that through the player character’s eyes and they're looking at what they're holding, then we show it in as close to a one-for-one version of what it would be in real life.

While researching 16th-century art, what did you learn about the role that art played then compared to the role it plays today?

Kennedy — It wasn't necessarily a revelation, but art was not nearly as accessible to everyone then as it is now. A lot of the representations of art that we still have from that period are of nobility or of artists representing themselves.

So when we would want to reference something, like what peasants or farmers were wearing at that time, there are very few recorded images of them. They're just not in the historic footprint of that time period.

There were a few from a Belgian artist, Peter Breughel. He was a little after our time period, but I referenced him quite a bit, just assuming there are probably some similarities. But that’s part of what fascinates me about all this. Who has access to art and how it’s shared is for absolutely everyone now. Everyone can insert themselves.

I think it's very sad to think of so much art being inaccessible to the vast majority of people. I'm sure there was art for the people, like textile work or embroidery work, but none of it was ever archived, so we don't have any to reference.

I wish I knew more about what art really existed back then so I could have incorporated it, but we don’t have evidence of it anymore.