'Elden Ring,' 'Breath of the Wild 2,' and 6 more games that will change the medium 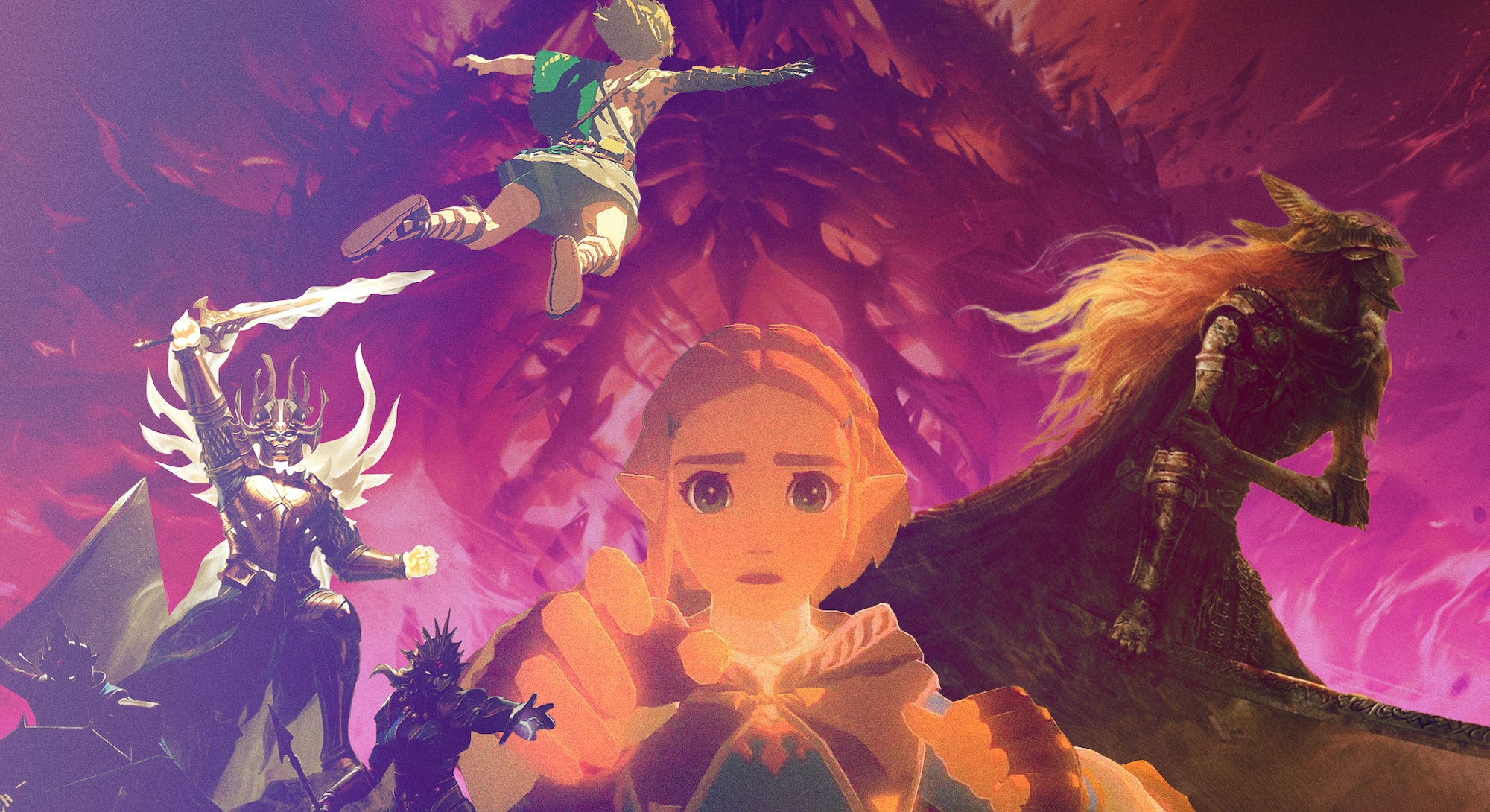 It only gets better from here.

This year’s Inverse Luminaries encompass a broad swath of the video games industry, from independent studios and content creators to the minds behind blockbuster brands and franchises. We’ve been inspired by by the variety and breadth of their innovations in this constantly evolving space — but what inspires them?

We asked all six 2022 Luminaries for their perspectives on the recent and upcoming games that they predict will have an outsize impact on the medium in the years ahead. Perhaps the most striking thing about their responses isn’t the specific games they name — it’s the unstated shared belief that this unique art form will only become more immersive and impactful over time.

They also seem to agree with our assessment that Elden Ring is pretty darn great.

The impact of Elden Ring has been huge, and I imagine Breath of the Wild 2 will have the same or an even greater impact. This is simply because they’re engaging and exciting games.

We’ll do our best to make that kind of impact with Final Fantasy XVI, which is currently in development.

​I had been looking forward to Diablo Immortal. Now, why do I say that? Diablo is a longtime franchise​ for Blizzard and a franchise that has largely lived in the PC space​. I was very curious to see how you could take that franchise and its gameplay to mobile and to do it effectively. In particular, I was really interested in the monetization.

I've since downloaded and played the game, and obviously the monetization scheme is rough from a player's perspective. It is incredibly hard to do in-game monetization well.

So, I was curious if Diablo Immortal could show IP holders a path to taking their IP to mobile and monetizing it effectively ... I guess we will need to keep waiting so see how this can be done well.

The other one I'm looking forward to is Starfield. Like Elden Ring, Starfield has been in development for quite some time. A game that is promising a lot set in the space environment and in fairly open world. Again, I'm looking to see what the developers do with that game where they take it. I'm very interested in trying it and seeing where it goes.

I thought it might be Diablo Immortal for a moment. I do think that more games being free to play, and then trying to get money some other way, is probably how things will keep going. It makes sense because you just get an instantly larger user base.

Game Pass is insane too. I just don't know how sustainable it all is. It's hard to say, if in five years, if Xbox Game Pass is chugging along with more games than ever, or if it's just like, "Hey, let's try to beat Sony now" type of deal.

Honestly, the biggest change I want to see in video games is the end of games like Diablo Immortal and the freemium games that are predatory to people's wallets and abuse whales.

I think eventually a game will break the camel’s back, and people in Washington will take notice. And there'll be more restrictions on what you can and can't do as a game creator. Maybe it’ll be Web-3 games that do that — they seem to be so focused on monetizing and not focused enough on the game itself.

Zenless Zone Zero is of interest because of its diversity and variety of the work. The game developers [HoYoverse of Genshin Impact fame] are focusing on emotions and sensations that people around the world can relate to.

Even if the original story of Black Myth: WuKong is local, the emotions that users feel through the game content are universal, reminding us once again that great stories can transcend genre and language barriers.

We believe that some of the best storytelling in the world for creating unique game content is found in Asia. It is amazing and gratifying to see how creators in Asia are building on the solid production skills they have developed over the past few decades of experiencing and learning from North American games, while growing to deliver high-quality storytelling.

Lead Game Designer, The Last of Us Part II

Elden Ring has made waves across the industry, because of the way it pulls back on some features. There's a lot of open-world games out there that flood you with information. One thing that’s really striking about Elden Ring is how much they trust the player. They don't hand-hold, they don't tell you exactly where to go. It's very player-driven.

I'm really looking forward to the next Zelda game. Breath of the Wild really kind of set the standard in so many different ways in the open-world space. Zelda has always been like a favorite of mine and it feeds into the way that I make games. I love a very polished experience, something that really really takes it into account what the player needs, how they're sort of reading into the mechanics, instilling a sense of wonder — things like that.

Lead Game Designer, The Last of Us Part II

A trailer for The Vale: Shadow of the Crown.

Recently, I’ve been playing a game called The Vale: Shadow of the Crown. It’s an audio game that came out last year and was one of the nominees for Innovation in Accessibility at The Game Awards. There's a whole rich space of audio games out there. I've always wanted to dig into those more, as a developer who also makes games that are accessible to blind players.

I've been really impressed by The Vale, and how immersive it feels to play an audio game and guide yourself through the world by sound.

They do a lot of cool things integrating audio and gameplay, to a level that I wasn't expecting. My expectation going in was this was going to focus on dialogue and story and it'd be pretty light on the mechanics. And I've been very impressed at how in-depth it is. It feels like a great entry point for sighted players to dip a toe into the world of audio games. It's made me very curious to go further and see what people are doing in that space — I found it very inspiring.

Inverse Luminaries profiles the most innovative and exciting people in and around the games industry for their insights on the future of the medium.