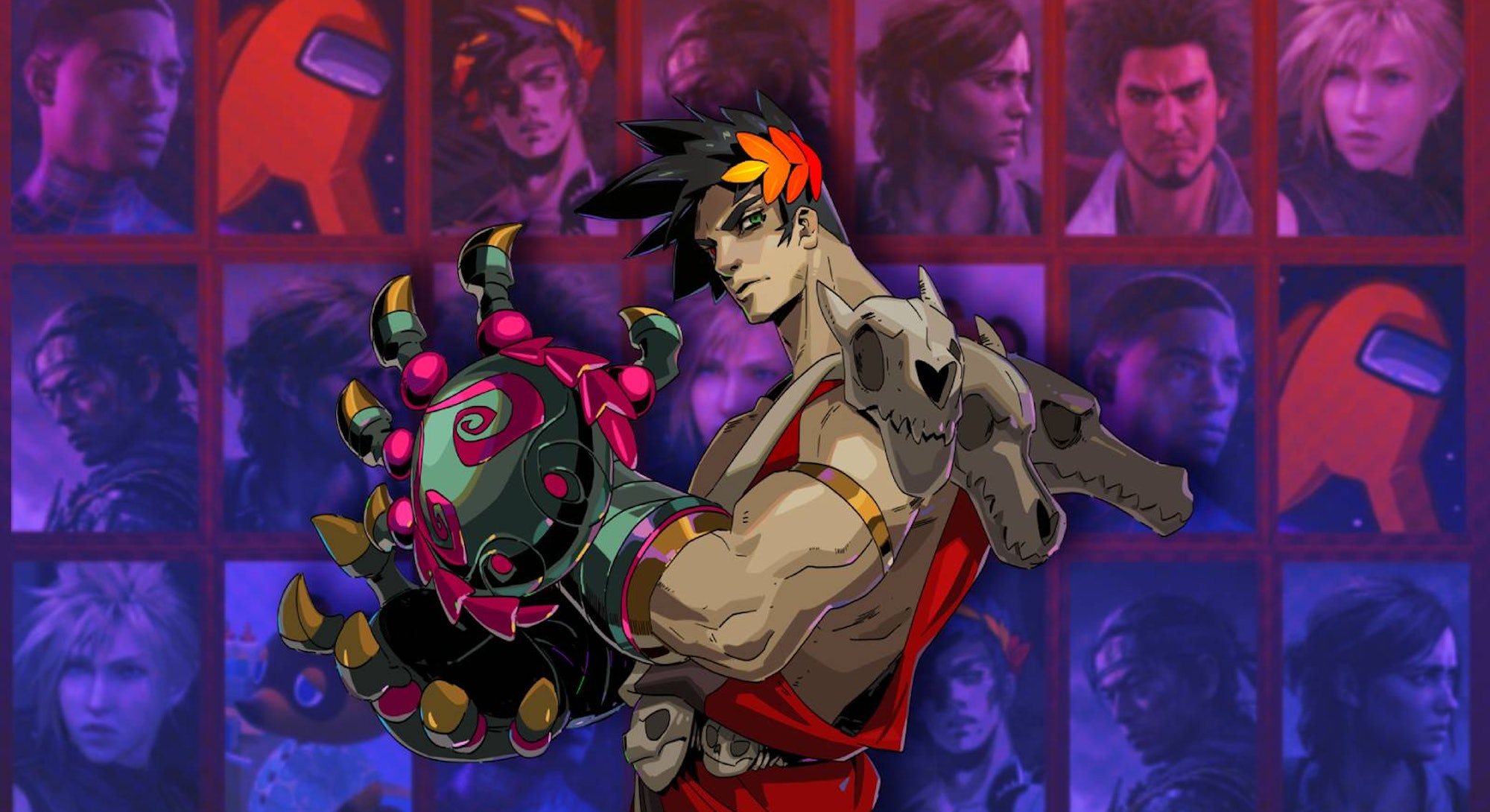 Few years in recent memory can match the absolutely stellar lineup of video games released in 2020.

The strangest year in recent memory saw the release of dozens of genre-defining and groundbreaking titles spanning a variety of platforms. From small indie darlings like Among Us and Hades to blockbusters like The Last of Us Part II, some of this year’s outstanding games challenged us with tough questions, while others provided a comforting escape in difficult times.

Here are the games that got under our skin the most in 2020.

In 2020, as we indulged in games more often or got back into the habit after a long absence, the timing of a game’s release felt more important than ever. While Animal Crossing seemed to land at just the right time in late March, The Last of Us Part II’s gloomy introspection was almost too much to bear come May. For me, Final Fantasy VII Remake was the perfect game at the perfect time. As much as I adored Yakuza: Like a Dragon, the nostalgia factor allowed FF7 Remake to sink its teeth into me a little deeper.

As a longtime fan of the original, I was bound to either adore or detest FF7 Remake. So I was pleased as punch to find Square Enix’s ambitious redux of its most rabidly adored game is both visually stunning and buckets of fun to play. But what’s truly outstanding is the way the game manages to recapture the sense of wonder and awe I, like so many others, found in the original.

There’s not a single gimmick the team at Square Enix uses to accomplish this, but several working in concert — dreamy character models, soaring music, intricate details scattered throughout the rabbit warren-like Midgar slums. Better still, rather than the serviceable but poky translation of the 1997 original, the writing in FF7 Remake is sparky and multifaceted, deftly interspersing moments of batshit zaniness throughout a dizzying adventure with the highest possible stakes.

I’m told by my colleagues here at Inverse that FF7 Remake is merely a “pretty good” game for those who don’t have a decades-long attachment to the original, and that’s probably true. Back in 2016, Final Fantasy XV billed itself as being “for fans and first-timers.” FF7 Remake takes the opposite approach — it’s a love letter to the lorehounds, the fanfic writers, and the kids who grew up with Cloud Strife wall scrolls. There aren’t many games that will keep you buying pricey official merch two decades later, but for me, this is one of them. — Jen Glennon

What were your favorite games and gaming moments of 2020? Take our poll!

I really miss wanting to play Animal Crossing: New Horizons with an almost feverish obsession, waking up early every morning before work to pick fruit on my island and do all the soothing daily tasks the game requires. That feeling lasted just long enough for me to reach the endgame.

Part of me resented The Last of Us Part II‘s bold, profound story that tries so desperately to communicate moral relativism in gruesome fashion. But the longer I digest the narrative choices at play, the more I’ve grown to love its uncompromising look at love, loss, and how our choices can destroy us.

Few games in 2020 mean more to me than Final Fantasy VII Remake, a game that blew away my too-high expectations in a way that feels like a smutty fever dream. The combat, characters, and story were all excellent, and the few slight stumbles are forgivable when the nostalgia feels like an addictive drug.

I can pick apart the flaws in my other favorite games this year, but I have absolutely nothing negative to say about Hades. This is the only 10/10 game I can think of, perhaps ever. “A game is a series of interesting choices,” Civilization creator Sid Meier famously said. Hades blends together a fast-paced cycle of combat and exploration with a series of interesting choices about what weapons you want to equip, what divine boons you might select, and what rooms you want to explore in the hopes of even more upgrades. From a mechanical standpoint, Hades is superb. But the art style, music, voice acting, and story elevate the experience to a place that makes this game just about perfect. — Corey Plante

Right when the world needed a hefty dose of escapism, 2020 saw the launch of some of the most memorable single-player games in recent memory. Few games have captured my attention or driven me to tears like The Last of Us Part II did.

Ghost of Tsushima’s jaw-dropping virtual world helped me reclaim the sense of wonder that comes from traveling to a new place during a time when going to the grocery store was my most exciting real-life adventure. Its satisfying combat and traversal mechanics made me feel like there was no cliff, valley, or mountain I couldn’t explore.

But this year’s strange solitary circumstances made these enthralling solo experiences pale in comparison to the child-like joy that InnerSloth’s Among Us brought me and my friends. The indie murder mystery might have been released in 2018, but it transcended the scope of any of 2020’s AAA releases.

I laughed and screamed for hours with my friends on Discord. I tuned into countless Twitch streams to watch my favorite personalities, celebrities, and even politicians try to weed out the Imposter. Among Us wasn’t a technical breakthrough, but it brought people together unlike any other game during this bizarre year. — Danny Paez

Fall Guys’ unique take on the battle royale genre made it my favorite multiplayer experience of the year. Elsewhere, Star Wars: Squadrons completely fulfilled that starfighter pilot fantasy and Yakuza: Like a Dragon was this year’s most quirky RPG. But my favorite game of 2020 has actually been in early access since 2018.

The game in question: Hades. This dungeon-crawling roguelike stands out within a crowded genre thanks to the unique way it incorporates death into its storytelling. Every player, every run of Hades offers a slightly different experience. The dialogue you unlock and the relationships you build will change depending on your choices, performance, and which deities you choose to befriend or neglect. On top of all of that, Hades features a sleek aesthetic, sumptuous art style, and addicting gameplay that inspires the “one more run” feeling that every successful roguelike needs.

If you passed on this game in the past, you absolutely have to try it on Steam or Nintendo Switch. Hades is the most captivating gaming experience of 2020 and a nearly perfect game. You will not be disappointed. — Tomas Franzese

Though many blockbuster games launched this year, I was most drawn to an indie point-and-click game called Kentucky Route Zero. The first installment launched in 2013, with years of intermittent releases wrapping up in January 2020. You can now experience the whole journey at once.

Kentucky Route Zero follows a truck driver named Conway who must complete his final delivery before retirement by using the mysterious Bermuda Triangle-esque highway called “the Zero.” It’s a gateway for numerous surrealist elements reminiscent of the works of David Lynch and Flannery O'Connor.

Lesser narratives would focus exclusively on Conway’s journey, but KRZ focuses more on slowly revealing Conway’s motivations. His numerous companions are given ample space for us to learn about their complex inner worlds. As KRZ introduces more characters and settings, the surreal mood becomes even more delightfully bizarre.

High-quality experimental games like KRZ come along once in a blue moon. I was looking for something that was both relaxing and compelling this year. KRZ fit the bill perfectly. — Just Lunning