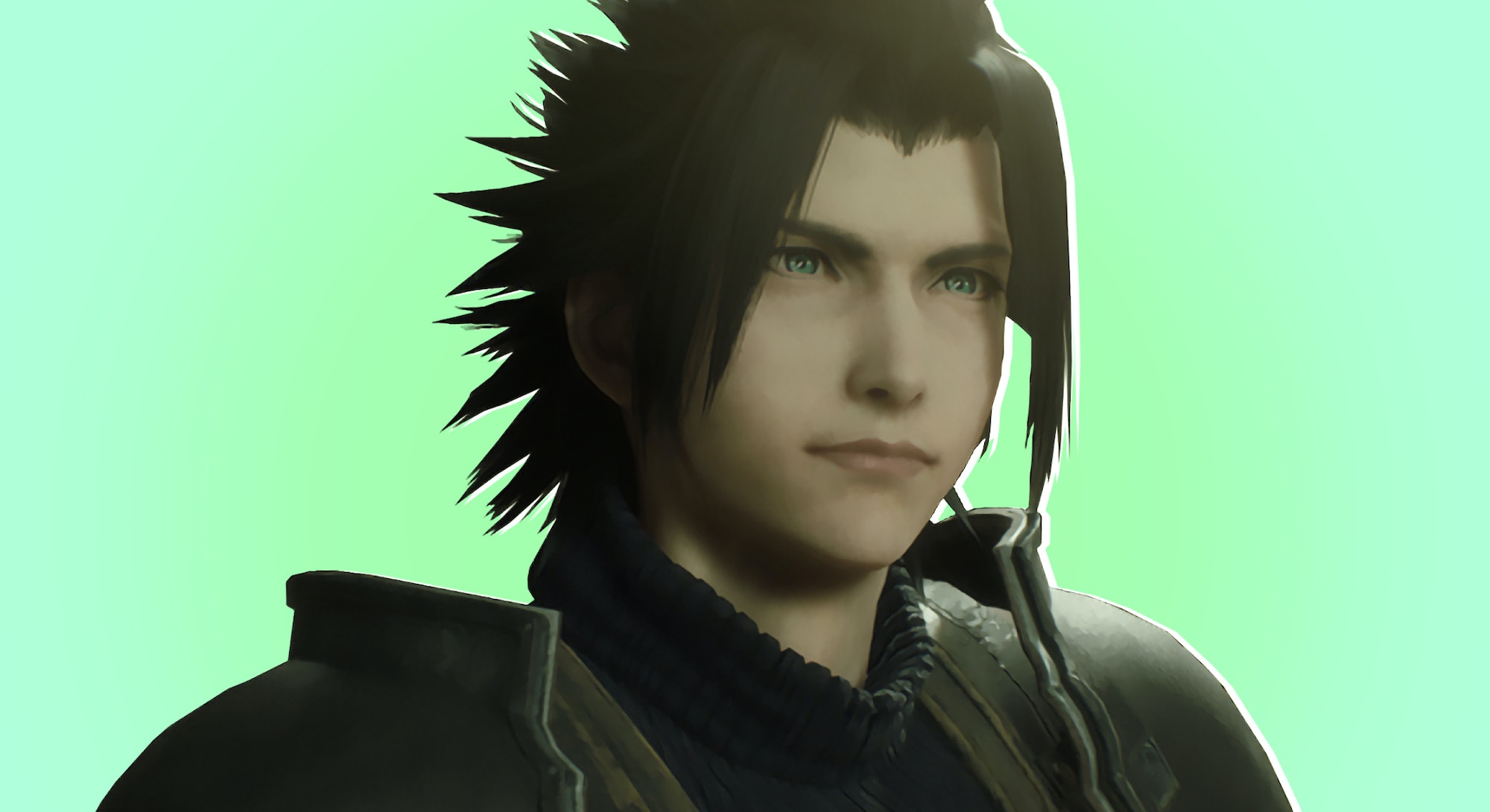 The first trailer for Final Fantasy VII Rebirth made one thing clear.

Square Enix’s Final Fantasy VII “Remake” project isn’t just a by-the-numbers remake, but a potential sequel trilogy to the saga at large. Before the next installment of that trilogy arrives though, fans will get their hands on a gorgeous-looking remaster of Crisis Core: Final Fantasy VII. And according to Executive Producer Yoshinori Kitase, players ought to consider the spinoff prequel starring Zack Fair — who appears only briefly in the original FF7 — as vital information ahead of Rebirth.

“If Crisis Core Reunion is played in between Final Fantasy 7 Remake and Rebirth, it would really enhance everyone's experience of this entire remake project,” Kitase tells Inverse.

Up until now, Crisis Core has been trapped on the PSP, with no digital re-release on modern platforms. Crisis Core Reunion marks something fans have wanted for years, and ahead of its winter 2022 release, Inverse spoke with Kitase, Producer Mariko Sato, and Creative Director and Character Designer Tetsuya Nomura about the remaster's changes, how it fits into the bigger Remake project, and why fans can’t get enough of Zack.

Why did you decide on the Reunion sub-title?

Nomura - There are several reasons behind why we decided to go with Reunion for a sub-title. First of all, we had been going back and forth about whether to call this game a remaster or remake. But we've upgraded and changed too many things about the game to call it a simple remaster. But it isn't quite a remake, either. We've been debating about the appropriate way to categorize it.

Second, with the Remake and Rebirth titles, we wanted to make sure that Crisis Core was seen as a part of this entire project. It's aligned with the whole “theme” behind this Final Fantasy 7 Remake project.

With Crisis Core being a very important key aspect to Final Fantasy 7 overall — kind of a prequel to the entire story — we wanted to make sure that Crisis Core was seen as a part of this whole Remake project. Simply calling it a remaster seemed like it would make it feel the odd one out, like it didn't quite fit into the series seamlessly. That's why we went with the Reunion title.

When did plans for a Crisis Core remaster start?

“That mystery is something that is going to become more interesting.”

So we thought people coming from playing Final Fantasy 7 Remake would kind of be curious about Zack and want to find out more about him. We wanted to have Crisis Core Reunion available for people to get a deeper understanding of the character and the overall story. Since the original Crisis Core was only available for PSP, we wanted to make sure that as many players as possible will get to play the game and decided to make this title available on multiple platforms.

Seeing as Reunion is using new voice actors, is the script going to remain the same, or have there been changes made?

Sato - With Crisis Core Reunion, as you mentioned, we have a whole new cast of voice actors in line with the Final Fantasy 7 Remake cast, that was recast for this project as well. So they're all new voice actors.

But in terms of the story, there are no changes at all. It's going to be a very faithful retelling of the original Crisis Core. So there are no new story elements added or any changes or anything like that.

Why do you think Zack remains such a fan-favorite character after all these years?

Nomura - I think Zack is well-loved because of his honesty and how he's kind of a straightforward guy. Just watching the way that he lives and moves through life, it feels good, it's refreshing. So the way he tackles any obstacle just straight on and he keeps things light-hearted, I think are all maybe characteristics that fans really resonate with.

But I'd also like to hear a perspective from a female fan or a female audience. So I'm going to pass the mic to Sato-San and see what her opinion might be.

“It's going to be a very faithful retelling.”

Sato - I think that, in terms of his character, he's someone that really takes his job seriously and so he doesn't take any shortcuts. If you were a subordinate of his he would be someone that you could really look up to, and that could keep pushing you forward.

Just in terms of his private life too, he's really good at just opening people up and pulling them out of their shell. If he asks you on a date or something, you can't help but just go along with him — he’s very magnetic like that. So I just really love the fact that, from a work standpoint and from a private life standpoint, he's someone that's really honest and straightforward with you. You know he's never saying anything behind your back, or anything like that.

What kind of changes have been made to the combat system? Did Final Fantasy 7 Remake influence any of these changes?

Sato - As you probably saw in the trailer, there are a lot of adjustments and changes we made to the battle system. Zack can now perform combo links, and also there are shortcuts for Magic and different abilities. Then with regards to the DMW system, the movies that used to play with this feature used to take up the full screen, and that would sometimes stop the flow of the battle. So we've removed some of that, so it doesn't take up the full screen and the battle feels a lot smoother and better paced.

“We wanted to make sure that Crisis Core was seen as a part of this entire project.”

With the game releasing this winter, would you like players to experience Crisis Core before playing Final Fantasy 7 Rebirth?

But for people who have played Final Fantasy 7 Remake, and then seen the trailer for Rebirth this time around, they may have felt like something is a little bit off compared to what they knew of the original Final Fantasy 7 storyline. Like, something is not exactly how I remember it.

That mystery is something that is going to become more interesting if the entire series is played. If Crisis Core Reunion is played in between Final Fantasy 7 Remake and Rebirth, it would really enhance everyone's experience of just this entire Remake project. So I would definitely recommend that all games are played, but it isn't a requirement per se.