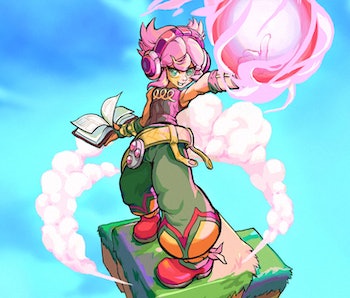 The tactical RPG genre is home to some of the best stories and richest battle systems in games. From classics like Tactics Ogre and Fire Emblem to relative newcomers The Banner Saga and Triangle Strategy, tactics games scratch an itch that few games can touch. But their strategic depth — one of their biggest selling points — can also scare off new players who don’t want to make deliberating over stat spreadsheets part of their leisure time. Fortunately, some recent tactical RPGs provide a much smoother onramp for players interested in exploring the genre, and you only have a few days left to play one of the very best on Xbox Game Pass.

Released in 2020 by EndlessFluff Games, Fae Tactics packs all the depth you could want in a tactical RPG but strips away a lot of the micromanagement and menu-sifting that can make similar games a slog. Its colorful look and approachable interface make it welcoming for new players, even as its combat system quickly stacks up layer after layer of complexity to challenge rookies and genre veterans alike.

In Fae Tactics, you play as Peony, a young magic user searching for her lost mother in a post-apocalyptic world. Despite that dour setup, Fae Tactics is mostly a lighthearted affair, while delving into some heavier themes. Its narrative doesn’t rank among the genre’s best, but it’s full of interesting side stories and quirky characters that should keep you invested, if not on the edge of your seat. The comradery between Peony and the rest of her party — mostly consisting of various animals and monsters — is enough to carry the story through with the feeling of a Saturday morning adventure cartoon.

That bright exterior hides a deceptively tough tactics game. The first few battles in Fae Tactics are simple, moving along at a breezy pace as your tiny party easily clears enemies. If you’ve played tactics games before, you’ll likely notice a distinct lack of futzing in combat. There are no menus to click through and few stats to compare. On any of your units’ turns, you just move within your clearly marked range, and if you’re able to make an attack, anyone you can hit is highlighted. If no one is in range, you just end your turn and choose which direction to face. This simple, UI-light approach means you don’t have to scour menus to make sure you’re not missing anything each turn, and there are few options to trip you up.

It doesn’t take long for Fae Tactics to bare its teeth. Even in these early battles, hints of Fae Tactics’ full complexity appear on a cheat sheet you can pull up with the press of a button, and a row of icons that show your selected units’ passive abilities. While you don’t need to pay too much attention in the first few fights, you can see that some units gain HP for defeating enemies, some get instant crits every few turns, and some get stat boosts when they’re swimming. There are even two kinds of ranged attacks, direct and arced, which have their own strengths and weaknesses.

Getting to know each unit’s many eccentricities quickly goes from a way to make battles easier to an absolute necessity for survival. Enemy AI is merciless from the get-go, and the units you’re fighting have just as many buffs and special abilities as yours do.

You might curse Fae Tactics’ various goblin foes when they’re raining fire on your party, but you’ll come to appreciate their skills, too. Defeated enemies sometimes drop cards that allow you to summon them in future battles, which is where the game’s real depth reveals itself. Before battles, you select a reserve of these summonable critters (called Fae). You can add Fae up to a point limit, which increases with your level, and stronger Fae cost more to select.

There’s a lot of strategy in determining whether to stock up on cheap allies or using all your points on one heavy hitter. Like your core party, each Fae also has a suite of passive abilities. With three permanent characters (or Leaders) and three Fae, you can build some incredible team compositions, all without spending hours gearing up units and buying skills like you would in many tactics games. Many characters also have abilities that trigger only if you don’t attack. Some might buff nearby allies while others heal or put up a shield. That means even the decision of whether to attack becomes a strategic one, and bringing along specific Fae with the intention of having them never strike a single foe can be a sound decision.

By the end, Fae Tactics has so many mechanics at play, you might not even remember all of them. The great part is, you don’t need to. Because you’re not inundated with options, you don’t need to agonize over dozens of possible ways a single turn can go. Instead, you can focus almost entirely on positioning. As levels start to add traps and other gimmicks to battlefields, careful movement becomes even more important, giving Fae Tactics its own unique form of strategy.

Fae Tactics may not carve out a space in the gaming pantheon the way that Final Fantasy Tactics did, but it’s still worth checking out whether you’re new to tactics games or a pro. It’s easy to pick up and play a few battles or settle in for a long campaign, and satisfying either way. Don’t let its cartoony vibes fool you — Fae Tactics is will test your strategic skills, but not your patience.