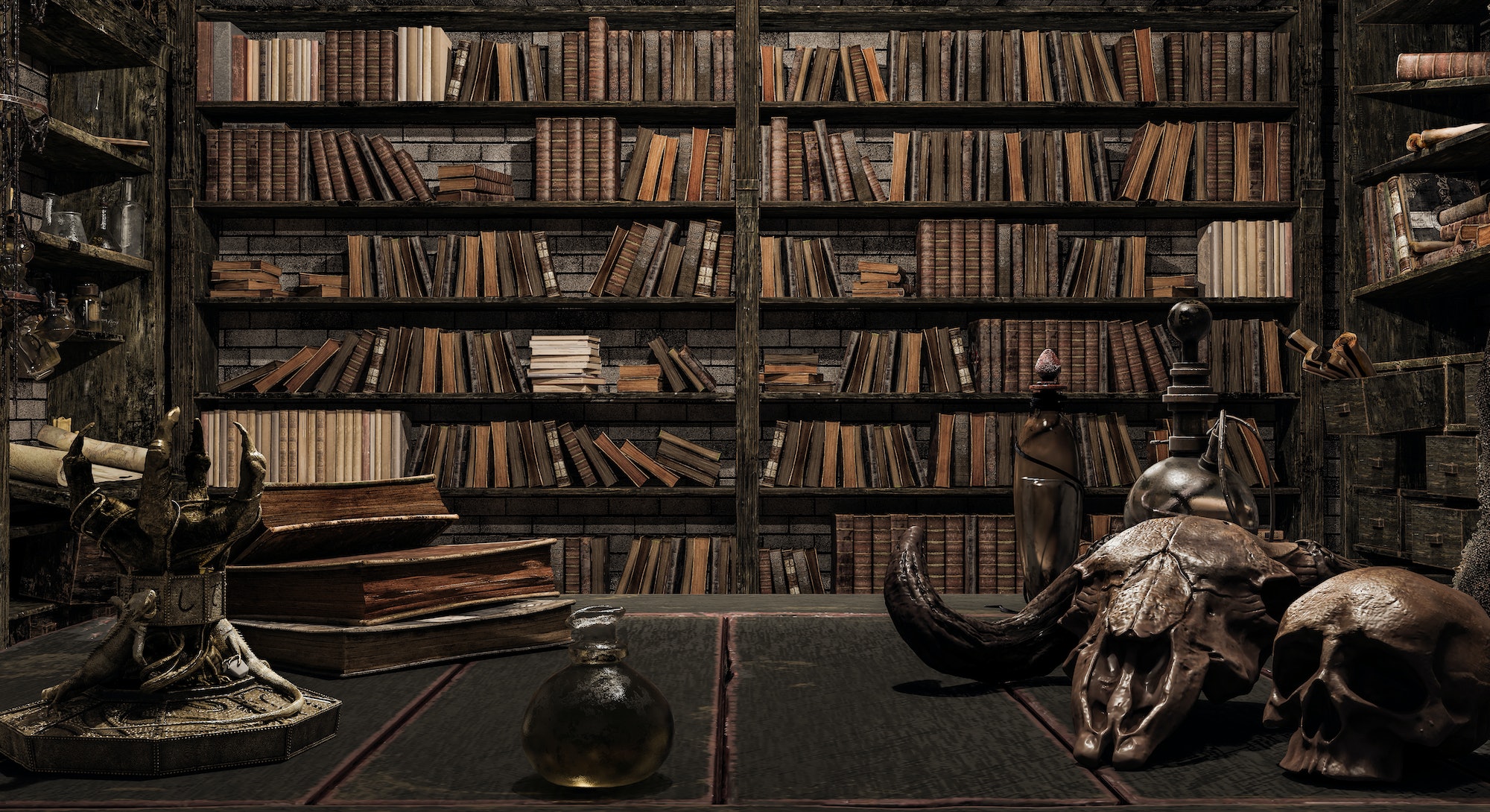 Is the Dragonborn in Skyrim the last Dragonborn? What is the true nature of Godhood and reality?

Within the high fantasy universe of The Elder Scrolls (TES), narrative breadcrumbs tucked within hefty in-game books and tomes hint at the series’ expansive world. These are topics that could easily be missed by most but the most ardent of players — but longtime fan James Troughton says that seemingly bottomless lore is a major reason that TES holds a special place in the hearts of so many players.

“I fell in love with TES lore mostly thanks to Morrowind, reading all the scribbled notes and books I found, engaging in every conversation to uncover every branching path. I wanted to know as much about this incredibly unique world as I could. But reading wasn’t enough for me,” Troughton tells Inverse.

The TES community encourages players to create their own interpretations of the lore, based on their unique experiences with the games. That contrasts starkly with the strict rules of continuity that govern many popular franchises. Contradictions, retcons, and inconsistencies are commonplace and even embraced by fans. (For instance, the Khajiits, one of the playable races in 1994’s The Elder Scrolls: Arena, were first depicted as humans with some feline features, rather than the bipedal cat-folks from the modern games.)

This untamed garden of lore-building has its roots in the earliest days of the series beginning with Arena in the mid-’90s. Developers and fans freely discussed the direction of the series on Bethesda forums, inspired by the game’s pen-and-paper RPG influences. Despite garnering little attention at first, Arena itself eventually became a cult hit. Yet the series’ third game, Morrowind (2002), prompted the community’s open-source approach to worldbuilding to truly take off. Bethesda bundled modding software known as the Morrowind Construction Set alongside the game, allowing players to modify everything from dialogue to characters to their liking.

“If you have a ‘headcanon’ that fits, go for it, and if you have a theory that makes sense, argue it to your heart’s content,” Troughton says of the community’s approach.

This climate has encouraged many TES fans to enrich the universe by creating and sharing their own stories. The series’ lore is deliberately vague, owing to the open-world nature of the games. Many characters are blank slates, their fates beholden to player decisions. This has prompted the community to create writing prompts — and even a guide to roleplaying — to inspire fellow lorehounds to dream up their own stories. Fan works, such as this report on the disappearance of an ancient race known as the Dwenmer, or this comprehensive account about a Dwemeri automaton that never took place in the games, are not uncommon.

Are all these works canon? That depends on who you ask. But the broad consensus within the community of TES lore scholars is a very soft “yes.”

“Tamriel [the continent that TES is set in] is a sandbox. While there are certain guidelines to which developers and fans generally hold themselves, there is also incredible room to dive deep into tiny details which have no existing support, or to create characters and explore ideas which outright contradict existing lore,” writes Lady Nerevar, one of the community’s most notable scholars, in “How To Become A Lore Buff,” a guide for series newcomers. Expanding on this nebulous concept is C0DA, a comic book written by Michael Kirkbride, who has worked on TES titles like Daggerfall, Redguard, Morrowind, Oblivion, and The Elder Scrolls Online. The comic conceives of TES as an open-source fictional universe.

In other words, anything goes, as long as it sounds believable.

The developers working on TES have their own perspectives on what counts as canon. Pete Hines, the vice president of Bethesda Softworks, said that ”only things that have been published in Elder Scrolls games should be considered official lore" in a 2006 fan interview.

Others hew to a looser definition of canon. Lawrence Schick, the former loremaster and writer for The Elder Scrolls Online, spoke extensively about the topic on an episode of ESO Live, Bethesda’s live broadcast about the online RPGon Twitch and YouTube.

TES’s freeform approach to lore differs from most other entertainment franchises, most notably the Star Wars universe. When Disney bought Lucasfilm eight years ago, it deemed nearly all Star Wars content other than the films by George Lucas as non-canon or “Legends.” But the rules weren’t always so strict. In a 1999 interview, Lucas told Star Wars Insider that he was open to stories “from the imagination of other writers, inspired by the glimpse of a galaxy that Star Wars provided."

The evolution of Star Wars since 1977 reflects the fact that it was a universe created by a single individual. New stories, like 2022’s Obi-Wan Kenobi, are scrutinized by fans and critics for their adherence to the established canon. These kinds of debates are far less frequent in the TES community, where worldbuilding has always been a collaborative endeavor, all the way back to Arena. Its delightfully complex and constantly evolving lore is a testament to that.

“The Legends set of stories were operating on a very different scale. Instead of inviting canon as loosely defined in TES, the canon was never defined in Star Wars Legends. There’s not a lot of firmly connecting material that held a wider universe together across multiple authors and projects,” Ryan Thompson, a fan of both series, tells Inverse.

With the sheer amount of licensed and non-licensed media, the open-ended nature of TES lore can be perplexing even for diehard fans. How can one, say, make sense of the 36 Lessons of Vivec, a series of in-game books rife with fourth-wall-breaking concepts, or understand what really took place at the conclusion of Daggerfall when all realities and timelines of every player are considered canon at once?

This is why Lady Nerevar had continuously maintained “How To Become A Lore Buff” for more than a decade, with the latest edition published this year. A long-time librarian of one of the foremost archives of TES lore, Lady Nerevar played an instrumental role in several large-scale fan projects, including Tamriel Rebuilt and an Oblivion fan mod set in a separate province called Hammerfell.

Since TES lore can be interpreted as being told from the perspective of an unreliable narrator, Lady Nerevar says simply presenting the so-called “facts” of the universe isn’t enough.

“Understanding how to read the lore is just as important as what to read, so I present the reader with a variety of sources so they can learn how each writer brings their own experience to a work and how to interpret it all in contexts,” she explains.

This fluid, analytical approach to canon encourages fans to actively participate in the series’ worldbuilding. For Troughton and Thompson, the idea of so many people contributing to the evolving tapestry of the TES universe is a major part of the franchise’s appeal.

“I started to make custom classes with unique backstories that added something to the lore, like creating smuggling dens in Kvatch and bandit clans in Skyrim that caught the ire of the Emperor, leading to my exile in Vvardenfell,” Troughton says. “I like to join roleplaying guilds to immerse myself in the world. I keep a diary where I write about my journey across Tamriel and the decisions I’m pressed to make.”

TES lore can be a lot to take in, especially for newcomers. Yet it’s also a key element of the series’ longevity and appeal to loyal fans.

Journalist Bryan David Gilbert once did a deep dive into every book from Skyrim for Polygon.

“I don’t think of it as overwhelming — I like the idea of a heavily-developed fictional world,” Thompson says. “I enjoy exploring specific concepts through fan-made material, and I strongly suspect that a few of the ideas the modding community has put forth will eventually, if subtly, find their way into officially-released material. From the developer end of things, TES lore feels like it’s in dialogue with the fan community rather than a one-way relationship.”

Meanwhile, fans of Star Wars Legends content are largely left to hope that Disney might someday bring their favorite characters and concepts back into the official canon. Does Darth Revan exist within the Star Wars universe? Is the Sith a religion, as well as an alien race of red-skinned humanoids? Are Gray Jedis canon? For TES fans like Troughton, this strict approach to lore feels far too rigid and structured.

“That’s a very narrow way of telling a story that boxes writers in and leaves the world feeling hollow and uninteresting. Obi-Wan Kenobi had little wiggle room to tell a story and ended up feeling empty because of it. It was a spectacle of fan checklist moments more than anything,” he says. “But TES still has that loose approach, constantly contradicting itself to tell new and exciting stories. Imagine if Bethesda stuck to the ideas of Arena and Daggerfall … It’d be boring,” he says.

“I think letting writers choose what stories to tell is the best approach — something Star Wars used to do so well.”