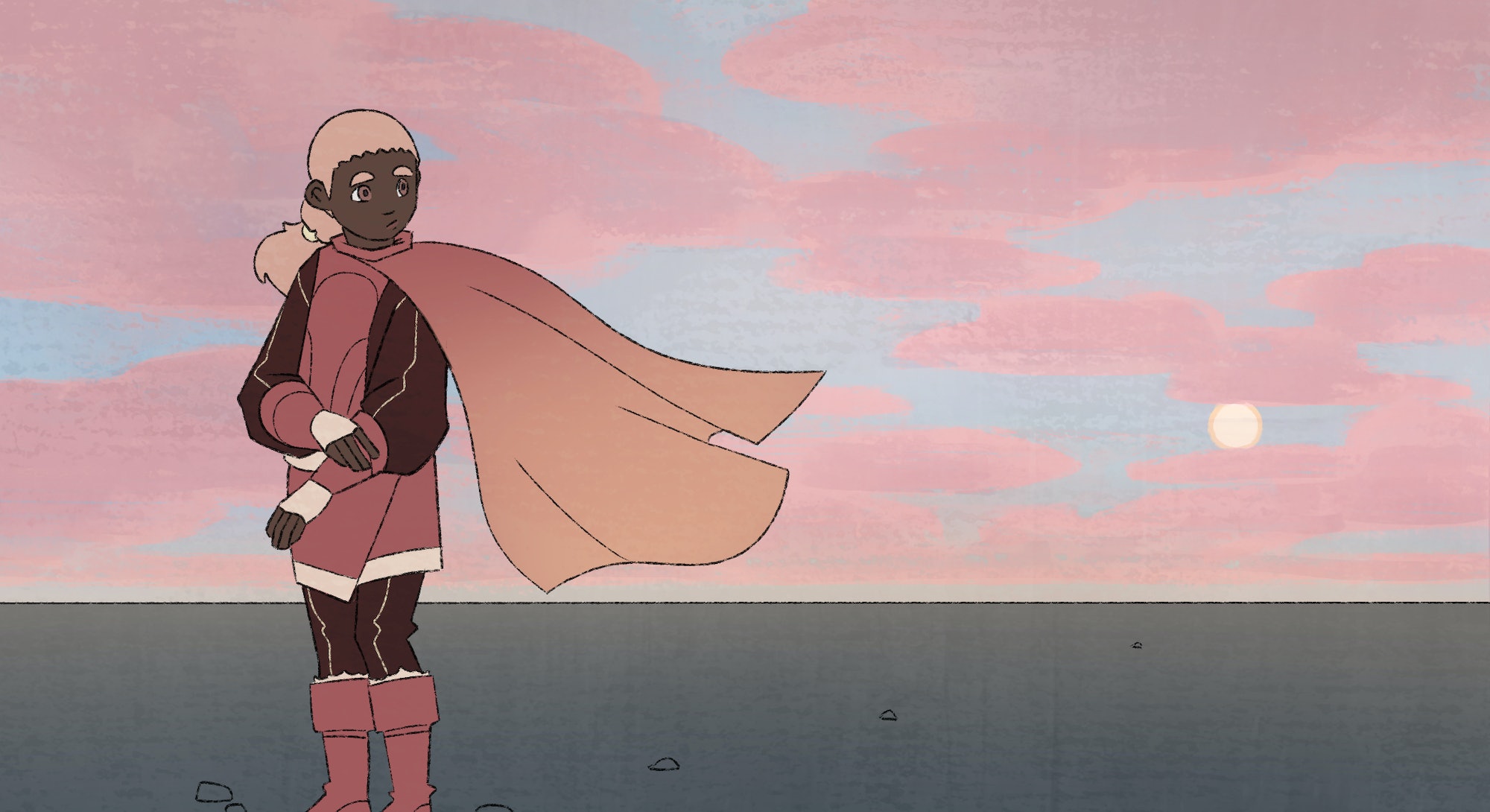 Back in June, streamer and YouTuber Scott Jund announced to his nearly 200,000 followers that he was moving on from non-stop Player vs. Player (PvP) Elden Ring content. Given that the streamer put more than a thousand hours into the game in just a few months, his subscribers understood the necessity of the shift. But burnout wasn’t the only reason Jund took a break — the game's multiplayer scene had already hollowed itself out like an empty jar-man.

"Most people aren't going to bother trying PvP in these games," Jund tells Inverse. "People who play a lot of Souls PvP have learned to deal with a lot of issues because we think the experience is so unique. Newcomers usually get hit once across the map by an attack that clearly didn't connect, and they say, 'this is the most broken thing I've ever seen. No thanks.' And I can't really blame them."

The process of finding multiplayer matches has become a grind in itself — it can sometimes take several minutes to find a single opponent. On PC, player counts have dwindled to just a tiny fraction of their launch numbers, dipping to 30,000 from a high of 950,000. And most of those players aren't interested in invasions or duels, but speedruns and conventional playthroughs. Worse, a popular PC mod that adds seamless co-op has further decimated the player population, giving them access to unfettered multiplayer without the threat of invasion. That has meant the competitive PvP scene has struggled to get off the ground, with only a smattering of events across a six-month span.

Elden Ring is undoubtedly one of the most successful games of 2022, selling 16.6 million copies as of June 2022 alone. Many consider it a serious contender for game of the year, if not the runaway favorite — including me. But viewed exclusively from a multiplayer perspective, FromSoftware's latest game is disappointing. You could even argue that it was a step back compared to the much-lauded Dark Souls series, especially Dark Souls 2, widely regarded as the high-water mark for the series' PvP legacy.

Like a lot of Souls players, Jund had high expectations for Elden Ring's PvP prior to the game's launch. As FromSoftware's first venture in the open-world space, he hoped that the developer would fix long-standing issues, particularly the buggy netcode that causes frequent disconnects, hiccups, and hit registration issues. However, when he participated in Elden Ring's first network test in November 2021, his dreams of a bright new future for Souls PvP quickly drained away.

"It was pretty much just Dark Souls 3 again," Jund explains. "I couldn't help but laugh about it."

Despite these familiar problems, Jund uploaded dozens of hours of Elden Ring PvP content to his YouTube channel, in addition to streaming for up to twelve hours a day at times. However, as his hour-count ballooned, deeper cracks began to form in the game's PvP foundation.

Scott Jund breaks down the PVP issues that plague many FromSoftware games — not just Elden Ring.

Competitive balance — never a strong suit of FromSoftware's output — turned out worse than anyone expected. Entire categories of weapons and magic were dismissed as competitively unviable in record time. Overpowered builds, especially bleed weapons that rapidly knock off massive chunks of HP, ruled the day. Players also had to contend with glitches that could insta-kill your character simply by standing in the vicinity of a rolling opponent. An early patch that fixed the broken scaling math on a weapon called Rivers of Blood turned it into one of the most hated weapons in FromSoftware's history. The result is that Elden Ring is arguably most unbalanced game in the Souls series, which is largely an unintended consequence its open-world innovation.

The competitive scene has suffered due to a handful of overpowered equipment and items that are tailored to a single-player experience. For instance, Ashes of War are accessories that allow players to enhance a weapon with a special skill. One of these imparts the defensive ability Bloodhound Step, which allows players to escape any nearly any nasty situation and heal for just a few mana. Griefers often spam the move to avoid damage, or simply to troll. As Jund says in a video devoted to the topic, the mere existence of Bloodhound Step nullifies most of the game's combat mechanics, which led to a lot of frustration for dedicated PvPers just looking for an interesting fight.

“The numbers are so high that if you screw up once, you're basically just dead.”

FromSoftware has fixed many of these specific issues through patches — the team recently nerfed Bloodhound Step to punish spammers. However, in many key areas, Elden Ring's PvP falls short even of the standards of previous Souls games.

Covenants, an optional side mechanic that rewards invaders and duelists with gear and resources for grinding matches, are nowhere to be found in Elden Ring. In the Dark Souls series, PvPers could "invade" any player who met certain criteria, regardless of whether they had helpers or not. In Elden Ring, such incursions are limited to co-op parties alone, which makes every fight feel like an uphill battle for invaders. Similarly, the fact that players can only invade co-op parties of up to three phantoms (instead of solo players, like in previous Souls games) makes every individual fight feel like an uphill battle.

PvPers note that the maximum player count of four is an obvious step back from Dark Souls 3, which allowed six players to duke it out at once. Jund also cites the buggy nature of the game's native co-op as a major contributor to its multiplayer struggles.

"It's silly to say, but other than the shaky foundation it's laid on, Elden Ring's PvP is really good," Jund says. "It's an amazing experience that I wish more people would try. The problem is that FromSoftware will probably never fix the netcode, and that's the one thing that it really needs."

At this juncture, it seems unlikely that FromSoftware has the will or perhaps even the expertise to fix Elden Ring's overwhelming connection issues. To the developer's credit, the most recent patch for the game fixed several of the more glaring issues with PvP, including Bloodhound Step and improved summon signs. This would seem to indicate that FromSoftware is listening to the PvP community to some extent. By that same token, it's also obvious that FromSoftware plans to release significant expansions for the game, which will likely have a large impact on its multiplayer scene. For example, there are several colosseum-like structures in the Lands Between that the player cannot enter.

Dataminers have managed to explore these arenas with the use of hacks, and they certainly look like PvP arenas. We have no way of knowing whether or not FromSoftware plans to add that feature in future updates, though it seems unlikely that the developer would simply abandon them.

Based on community feedback, perhaps the biggest obstacle to satisfying PvP play is the fact that everything does too much damage. Many of Elden Ring's spells and mana-draining Ashes of War are so powerful that they can effectively one-shot even adept opponents with the correct build and execution. A flat 30-40 percent reduction to player-derived damage would liven up the meta quite a bit.

"The numbers are so high that if you screw up once, you're basically just dead," Jund tells Inverse. "There are so many ways to stack damage that you can one-shot people with a whip with the right build. It's just ridiculous."

"A true combo in Dark Souls 3 does as much damage as a single attack in Elden Ring," says CaptainWaffles, a member of the latter game's PvP Discord. "It's just too much."

Similarly, duel enthusiasts opine that the act of guarding is simply too powerful in its current form. The act of attacking while guardingbehind a buffed Fingerprint Stone Shield — known as "guard-poking" — is absurdly effective in PvP, to the point that the only way that a player can lose is by making a mistake, such as failing to properly manage their stamina, thus leaving them momentarily open to an incoming attack.

“You can make some weapon classes useless just by wearing the right armor.”

A proper counter to guard-heavy playwould strike a better balance between passive turtles waiting for the perfect opening and aggressive rush-downers pushing for every advantage. PvP enthusiasts also hope that FromSoftware will rework overpowered crouch attacks and the game's poise system, which essentially forces competitive players to exclusively use heavy armor because it's so much more optimal than the alternatives.

"The poise system is really frustrating in Elden Ring," says SmuJayB, another member of the Elden Ring PvP Discord. "You can make some weapon classes useless just by wearing the right armor."

Overall, in recent patches, Elden Ring's developers have made it clear that they're trying to right the ship, at least to some extent. However, content creators like Jund can't help but wonder if it's too little, too late — just like the previous Souls games.

"As much as I respect FromSoftware, they've made the same mistake over and over when it comes to PvP," Jund says. "By the time they make the changes people want, the game's community is already dead. That's what happened with previous Souls games, and I think that's what happening with Elden Ring, too. I just hope they'll continue listening to the community."

Elden Ring is availble now for Xbox, PlayStation, and PC.

Subscribe to Inverse Daily for more weird and wonderful insights on entertainment, gaming, and science.