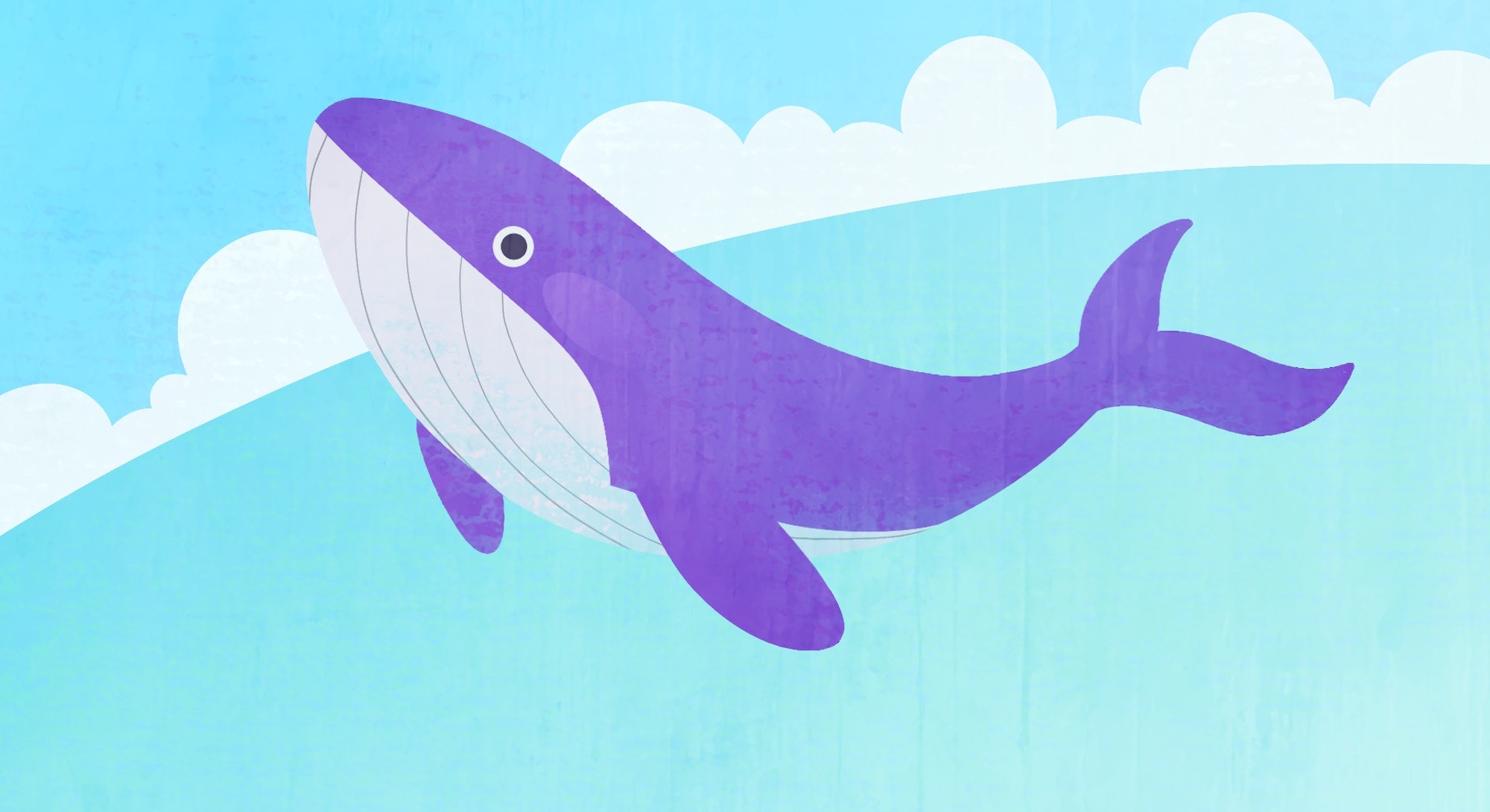 The biggest band on the planet needs a break.

The morning after BTS member J-Hope made history as the first Korean artist to headline a major U.S. musical festival, I logged onto mobile game BTS: Island In the Seom and made J-Hope’s chibified avatar lie down for a rest.

To be clear, this is a normal function of the game, which one user memorably referred to as “BTS Tamagotchi” (which also exists) early in the Twitter discourse. But I could have had any of the seven characters, one for each BTS member, take a nap. I chose J-Hope because, 10 hours earlier, I had watched his human counterpart pour everything he had onto the Lollapalooza stage as an estimated 100,000 in-person fans and another 14.9 million watched from home. Even though I know the character is merely inspired by the rapper and dancer fans parasocially know and love, with In the Seom, BTS managing company HYBE has managed to create an impressively strong emotional link between artist and avatar.

In the Seom is the product of a wholly unique — maybe even revolutionary — kind of fan culture. Its gameplay rhythms have soothed millions of the group's avid supporters since its launch in late June. But the mobile hit also comes during a period of transition for BTS and their massive and diverse global fandom known as ARMY. As the Korean supergroup looks to change the shape and pace of their work lives, what does this mean for the intentionally symbiotic relationship between BTS and ARMY?

Mechanics-wise, In the Seom is nothing new for mobile games: a cross between Match-3 puzzlers like Candy Crush and low-stakes social simulations like Animal Crossing. But, like the music group that inspired it, In the Seom excels in its above-and-beyond execution and in how well it understands its fans. The game — which was developed in-house by HYBE, following the 2019 acquisition of music game company Superb and the 2020 hiring of former Nexon CEO Park Ji-won — is fluent in BTS-ARMY mythology, weaving fandom in-jokes and references to the members' public personas through every element of gameplay.

“The entire game is such a nice melding of fiction and reality that manages to be both cute and heartfelt, especially for hardcore ARMY who know all the references,” says Jas Edwards, a 24-year-old social media manager, writer, and ARMY living in California. “I’m not saying days aren’t hard, or that BTS is this magical cure for every single one of my problems. But they’re a massive help. I’ve never felt so passionate about celebrities like this — and I think that’s due, in part, to always feeling like BTS have the same passion for their fans as we do for them.”

In the Seom begins with BTS crashing on an isolated, abandoned island (it’s all Namjun’s fault), where players must ensure members’ happiness by earning stars and coins via puzzle games in order to build a comfortable island environment. If the stakes sound high, they aren’t — the game intentionally undercuts any real sense of danger at every turn. The members have access to seemingly limitless material resources and HGTV skill sets, which they use to restore dilapidated cabanas into resort-level luxuries in a haze of hammering, all in the space of a lazy morning or afternoon. It’s a kind of self-aware, unpretentious humor BTS excels at, and that often gets either missed or misinterpreted in the mainstream. The fans usually appreciate it, though.

“The story is hilarious,” says April, a 30-year-old nurse and ARMY from Georgia, with a laugh. (She declined to share her last name.) “And it kind of comes off as nonsensical, because it's like, ‘Y'all are building up a whole resort, but you can't fix the boat to go home?’”

Over the course of hundreds of levels and hours of gameplay, performance stages are built, pets are adopted, dinners are made and shared. Players are tasked with ensuring the members complete important tasks, like “Admire the garden night view” and “Go to sleep.” Plot is not the point; this worldbuilding is driven by emotional catharsis.

“This game is like medicine,” says Eriza Utami, a 25-year-old ARMY who lives in Jambi, Indonesia, where she works as administration staff. Utami plays In the Seom for roughly two hours every day, and is especially drawn to the characters’ “cuteness” and “the mission to build the island.” For Utami, who has been a fan of BTS since their debut in 2013 (when she and most of the members were still teenagers), the group means a great deal.

“They’re my home,” she says. “I’ve been with them for nine years, so I’ve spent my youth with them. I grew up with them.”

According to HYBE’s 2022 Q2 report, In the Seom garnered six million registered users in its first month alone, with 95 percent of those users coming from outside Korea. “They genuinely speak their hearts out to us and I respect them for that,” says Mini Sindao, a 55-year-old government employee living in Davao City, Philippines. “They remain grounded despite their fame and status and I admire them for being humble and always true to themselves and to the fans.”

For Sindao, it’s “the bond between BTS and ARMY that kept me in the game.” She adds: “I find comfort while playing because it’s like being among friends.’”

Often, being a fan of BTS means actually being among friends. For April, becoming an ARMY has led to the formation of online relationships that have transitioned offline.

“There's something just really special about having people who understand your love and your passion for something,” reflects April, who says she and her friends keep one another updated on their Seom progress via a group chat. “The amazing things that BTS do with their music, and outside of that — being able to come together with people and just admire them is really special.”

In the Seom is free to download, and it’s possible to make it through all levels without spending a single won — but it’s gonna take you longer. Laura Sirikul is an L.A.-based ARMY and entertainment journalist who completed the initial story arc (which has since been updated with “Chapter 2: Winter Island”) in seven days. She made it through more than 1,000 levels by playing for about five hours a day and spending roughly $100.

Sirikul’s enthusiasm extends to many ARMY activities — including photocard collection, concerts, and finding Benny Blanco — but she doesn’t usually care about apps or games. Nevertheless, she was pulled in by In the Seom’s advertising and the prospect of “taking care” of the band members.

Have I mentioned everything in this game is a fandom reference? Avatar Jimin’s cat is just one, small example. In his 2017 song “Serendipity,” Human Jimin sings (translated from the original Korean): “I’m your calico cat, here to see you.” Meanwhile, his cat’s name in In the Seom is Gang-yang, a reference to the portmanteau for “puppy” and “cat” in Korean that Jimin coined and that now acts as one of his fandom nicknames.

The references aren’t confined to the game’s island-centric narrative, either. The puzzle games incorporate fandom aesthetics too. The best power booster is a flying, purple whale. Used as a frequent metaphor in BTS’ lyrics and imagery, the whale is often interpreted as a representation of ARMY. When the members of BTS were tasked with creating a logo for In the Seom, a process chronicled in one episode of their four-part YouTube series “BTS Become Game Developers,” they drew an island on the back of a giant, purple whale.

In this episode of “BTS Become Game Developers,” the seven members develop the In the Seom logo together.

“The game itself is like a bundle of every playful moment we've had together as a fan community,” says Kate Ringland, an Assistant Professor at the University of California Santa Cruz in the Computational Media Department (and an ARMY). Ringland leads a team of researchers to better understand the technological platforms BTS and ARMY use to create a reciprocal, mutually beneficial online community.

“In this very playful way, it reinforces that relationship, right?” says Ringland of In the Seom’s use of the BTS-ARMY story. “It reinforces that intimacy by saying, ‘Hey, not only are you, as an ARMY community, celebrating and appreciating these moments, but we are noticing what you're seeing, and we're gonna celebrate and appreciate them with you.’”

In the Seom serves as an affirmation of the parasocial relationship between BTS and their fans, at a time when the fandom may particularly need it. The game took on greater significance when, two weeks before launch, BTS announced they would be shifting their focus from group music-making activities and touring to solo work, all as part of an effort to make more space for self-exploration, rest, and growth after more than a decade in the business.

The seven members discuss their decision to take time away from group music-making and touring.

Since the mid-June announcement, the BTS members have continued to be active, notably in the form of J-Hope’s album release and Lollapalooza performance; vlogs from each member chronicling different leisure activities; the return of BTS’ popular variety show Run BTS; and the announcement of a free, massive concert (presumably their last for a while) in October.

But when In the Seom launched at the end of June, it was less clear what exactly this new chapter of BTS’ career would look like.

“I’m glad it wasn’t the hiatus that I was thinking of,” says Utami. “I was shocked and cried all night, because I thought BTS would be really on hiatus.’ So I was really waiting for this game to be released so that it can be a cure for my longing and help accompany my daily life.”

“The announcement caught me off guard,” says Aini Putri, a 33-year-old supply chain analyst and ARMY who lives in Bekasi, Indonesia. “It broke my heart. I am happy for them and totally OK for the so-called ‘hiatus,’ but am not prepared and cannot imagine how my fangirling life will be. The game has given a little hope for me to hang onto.”

Ringland agrees that the timing of In the Seom’s release is another example of the group “getting it right.”

“[BTS was] leveraging all those happy, playful memories at this moment, when people were like, ‘What is happening, I'm a little bit worried,’” says Ringland. “And I don't even know if they anticipated the way things would unfold, and the way the media blew up all the uncertainty. But, again, the timing really worked out. This game became like a ‘See, here, everything's OK.’”

It’s a form of fandom play and growth that also allows BTS members the personal space they have asked for after an exhausting decade in the global spotlight. Though BTS can choose (and have) to engage with In the Seom as players, they no longer appear to be active in the game’s continued development. By stranding the world’s most popular music group on a deserted island, In the Seom gives these fictional characters a chance to rest somewhere safe, away from the demands of work and celebrity. And as a symbol of HYBE’s attempts to diversify its revenues past BTS and with more “artist-indirect involvement” activities like video games, In the Seom may just represent the same for the real-life members of BTS.

“Come over and take a break for a while. An island created for healing and relaxation,” beckons the game’s tagline. It’s a message for ARMY, and it’s a message built by and for BTS too.

Subscribe to Inverse Daily for more stories about games, science, and entertainment that you won’t find anywhere else.