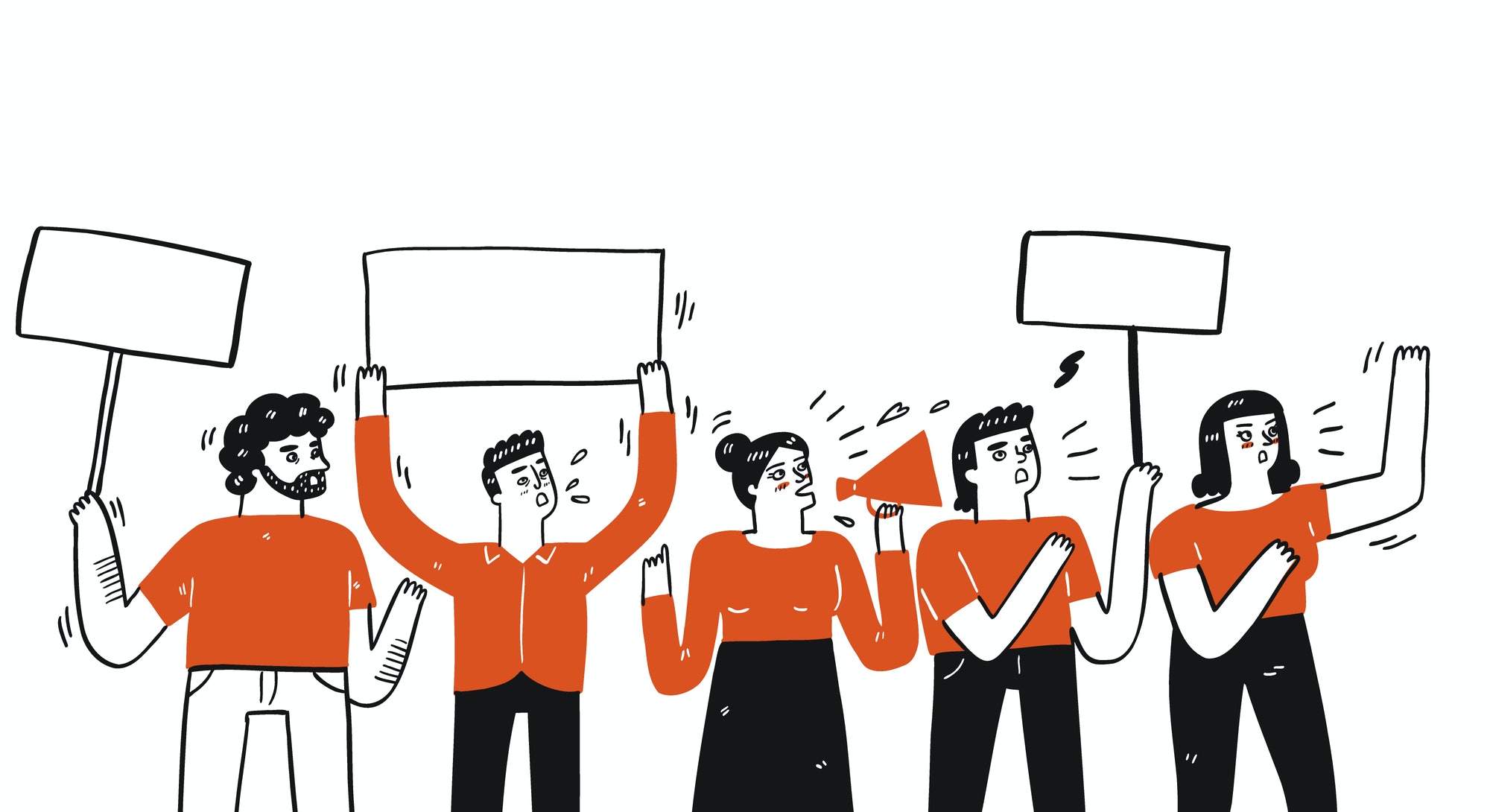 Activision Blizzard claims it is working with striking employees to resolve their disputes, but multiple sources tell Inverse the company refuses to come to the bargaining table.

On December 7, 2021, employees of the company behind massive video game franchises including Call of Duty, Warcraft, and Overwatch walked off the job. This second walkout in the space of four months came after a group of contractors were reportedly laid off from the quality assurance department (“QA”) at Raven Software, a studio owned by Activision Blizzard that helped co-develop both Call of Duty: Warzone and Call of Duty: Black Ops Cold War. At present, apparently the bulk of Raven’s work consists of ongoing updates for Warzone.

The QA team has a vital role in the development of any game, finding various defects, glitches, and bugs that need fixing. It’s a major component in the overall quality and polish of a finished release. But according to Jessica Gonzalez, founder and organizer of ABK Workers Alliance, these employees often aren’t treated with the same respect as other developers.

“Our request to meet with leadership has been met with radio silence.”

“Quality assurance departments get the tough end of the stick,” Gonzalez tells Inverse. “They think it's just like a monkey at a computer. When really, it's not. You're essentially scouring the source code for defects and reporting on them.”

Nearly a month later, the strike continues, and, as a result, Modern Warfare and Warzone reportedly have been riddled with bugs and issues. But according to Gonzalez and two current Raven employees, the company still hasn’t opened a dialogue with said workers.

“QA has not been involved in any of these discussions,” says one current Raven QA staffer who requested anonymity for fear of retribution from Activision Blizzard. “Our request to meet with leadership has been met with radio silence.”

This runs directly counter to Activision Blizzard’s January 6 statement to Gamesindustry.biz, which claimed that “Raven leadership has engaged in dialogue with its staff to hear concerns and explain the company's overall investment in development resources.” (An Activision Publishing spokesperson shared an identical statement with Inverse when approached for comment regarding this story.)

A second anonymous QA staffer tells Inverse that the company’s behavior is frustrating.

“Activision’s silence is something we expected, but were nevertheless disappointed to see,” they say. “The company continues to publicly state how it wants to develop a clear line of communication between management and employees while actively going against its claims of transparency behind closed doors. ABK is not looking to change its toxic ways and improve the company culture anytime soon.”

This latest development shows a clear disconnect between employees and management, a rift that’s only grown over the last year as more reports of alleged toxicity and alleged harassment have emerged. While there are a wealth of problems plaguing Activision Blizzard, this strike highlights a particular problem in how the company allegedly treats QA workers, most of whom are contractors and not full-time employees. According to Gonzalez, this kind of employment is commonplace in the video game industry, but especially bad at her former employer.

“ABK is not looking to change its toxic ways and improve the company culture anytime soon.”

“It is something that happens in the triple-A gaming industry often,” she says. “Activision is the worst at it, I've heard.”

In December, twelve employees at Raven were notified their positions would be terminated, while 20 employees in total across Activision Blizzard are being fired. ABK Workers Alliance noted in early December that many of these employees had recently relocated to work in-office at Raven’s office in Middleton, Wisconsin, without financial assistance from the company.

According to our sources inside Raven, none of the QA testers knew the layoffs were coming before management started holding individual meetings with employees on December 3.

“The first few people to have their meetings were told they were being converted to full time and would be given increased pay and benefits, so we expected that for the whole department. Then one by one, people started reporting that they were told they'd no longer be employed at Raven after January 28th,” says one of the QA staffers we talked to.

“The meetings were scheduled into the following week and none of us knew whether we'd be kept on or let go, since some of our most experienced testers — even team leads — lost their jobs,” they continue. “QA regularly works overtime hours, and it didn't make sense to reduce the size of our department.”

According to Gonzalez, Activision’s treatment of QA workers is a consistent problem, and something she’s experienced first-hand.

“Every single time as a contractor that I've been laid off by Activision, it has been an extremely demeaning and humiliating experience,” says Gonzalez, who’s been let go and rehired by the company multiple times over the last six years. “It's like the thing that's laughed about working at Activision — when you see a bunch of people with suits walking in, you know that there's going to be an ice cream party in the break room.”

She continues: “They [seem to] have this old business model — hire a bunch towards the end [of development], have them do excessive crunch hours, like 12- to 14-hour days, and then lay them all off once the title ships. It results in buggy games, loss of polish, and entire things being scrapped because they're too hard to get out at the deadline.”

“Employees are tired of being appeased with words — your actions need to line up.”

These experiences reveal arguably the biggest problem facing QA workers at Activision Blizzard: most are contractors, employed on an at-will basis. (That includes both of the anonymous Raven employees quoted in this article.)

“Many testers stay with the company for years but are forced to take unpaid breaks between contracts so they can legally remain ‘temporary employees.’ Temporary contracts do not include the benefits or bonuses given to regular full-time employees,” says one of our sources inside Raven. “QA workers are stuck working full-time hours and frequent overtime, doing vital work for the development process without ever receiving the benefits that are given to other departments.”

The source from Raven also provided Inverse with a screenshot of the employee directory, which appears to show that a substantial majority — 772 out of 1020 — of Blizzard Activision’s contract employees are in QA. They clarified that the directory supposedly doesn’t include third-party contractors.

Looking forward, Gonzalez thinks greater transparency in the industry as a whole is one potential solution to the formidable challenges QA workers face.

“We need to allow the community to be a part of that process, and open ourselves up to showing how the sausage is made,” she says. “Employees are tired of being appeased with words — your actions need to line up.”

The big question now is what, if anything, Activision Blizzard can do to regain the trust of employees. There are many steps the company’s leadership could take, but removing embattled CEO Bobby Kotick seems to be the most popular one, with a petition to do so currently just over 35,000 signatures.

One Raven employee echoes that idea: “I don't think that Activision-Blizzard employees will ever have trust in the company unless Bobby Kotick resigns.”