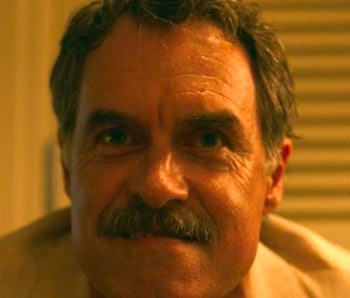 Back in August 2021, Mike White made a confession. The creator of HBO’s latest breakout hit, The White Lotus, revealed that he purposefully re-engineered the series to reach a bigger audience.

“I’m a type of creator who’s had good critical responses sometimes, but I’ve struggled to get people to show up to watch,” he told Vulture. “Having a little hook — I knew I wanted somebody [dead] anyway, so it was like, ‘Let’s lead with that as a hook.’”

The hook in question was a murder. The White Lotus Season 1 opened with a scene revealing that someone on the show would wind up dead. Then, it jumped back to the beginning of the story, which followed a bunch of rich people at a Hawaiian resort as they behaved badly in (mostly) harmless ways.

For most of White Lotus Season 1, the murder wasn’t really the focus. The plot propelled itself and there wasn’t much point in guessing who would wind up dead. (In the same interview, White also confirmed that he had pulled a bait-and-switch, hinting it was one character in Episode 1 only to end the season with a twist.)

White Lotus was a clever subversion of HBO shows like Westworld and Watchmen, where a core mystery introduced at the start slowly unlocks one episode at a time. In a world of mystery-box television, this might be the first anti-mystery-box show.

Unfortunately, White Lotus Season 2 seems to have forgotten this one crucial trick. Instead of another sendup of the genre, we seem to be getting an actual mystery-box story, and that will make it much more difficult to deliver a satisfying ending.

Like Season 1, White Lotus Season 2 opens with a dead body (or in this case, a few of them). We then jump back to the beginning of the story as several groups arrive at a five-star Sicilian hotel. There’s still plenty of intrigue and comedy to be had with this new cast, which includes a mismatched pair of couples vacationing together, three generations of Di Grasso men each dealing with their own women issues, and the return of Jennifer Coolidge as Tayna with her now-husband Greg. There’s plenty of fodder there, even without the murder mystery.

But in each of these stories, White Lotus has already devoted a lot of time to unlocking its mystery box. At the end of Episode 2, we see Greg on the phone with someone else while he thinks Tanya is asleep. He tells the unnamed person he loves them and adds that Tanya has no idea what’s happening. There’s no way that’s not going to escalate.

Earlier, when Dominic Di Grasso (Michael Imperioli) adds two “local girls” to his hotel room he tells them not to make him regret this decision. If that isn’t foreshadowing, I don’t know what is.

These small moments in an otherwise excellent show could put the entire season in peril. White Lotus Season 1 succeeded because it refused to feed our collective obsession with mystery-box television and fan theories. Season 2 seems to have forgotten that lesson. It’s giving us too many clues, and if the internet manages to solve this whodunnit before the final episode, Mike White may only have himself to blame.