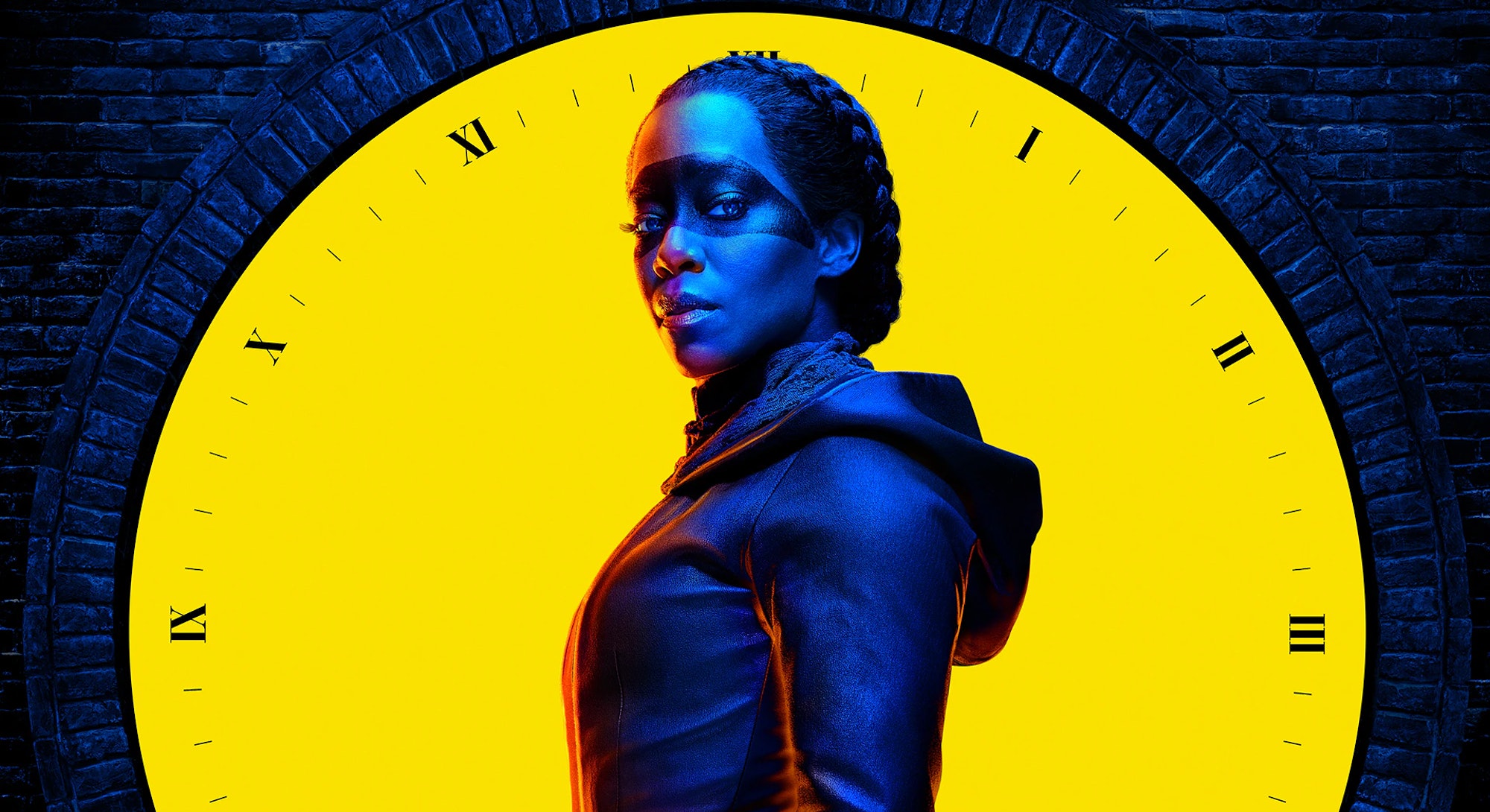 HBO’s Watchmen opens with a soul-shaking re-enactment of the 1921 Tulsa massacre, setting the stage for a mystery that implicates masked police officers, a militia of fringe white supremacists, and a reclusive billionaire genius.

Channeling the spirit of historical commentary that crackles through all 12 issues of the original graphic novel, Damon Lindelof’s 2019 miniseries ducks and weaves classification as a technical sequel despite being one anyway. One of the myriad ways it does this is by refocusing the novel’s shrewd political lens away from the specter of nuclear holocaust and onto the shadow of American racism.

Watchmen’s usage of time alteration serves a storyline that allows two generations touched by racism to reconcile and heal through each other. It draws parallels to the kinship between generations of color in how their experiences travel through time to inform their descendants.

A dose of Nostalgia

It’s nearly impossible to write an adaptation of Watchmen without wrestling with the implications of Dr. Manhattan. When the show reveals that Angela’s husband Cal (Yahya Abdul-Mateen II) has unwittingly been Manhattan the entire time, it manages to both shock and satisfy audiences waiting for the disaffected blue god to make his debut. But his role in the story isn’t just to provide an end goal for the plans of the white supremacist Seventh Kavalry, nor is it to add another tragic love story to his checkered past. Manhattan’s presence in the show serves as a quantum engine that jumpstarts the narrative.

While the murder of Judd Crawford by Will Reeves (Louis Gossett Jr.), Angela’s long-lost grandfather, is technically the show's inciting incident, we don’t truly understand why until Episode 8. That’s when Angela uses Manhattan’s temporal awareness to ask her grandfather a question ten years into the past: How did he know that Crawford was an active member of the Seventh Kavalry?

His answer? “Who is Judd Crawford?”

Through Manhattan’s eyes, this time paradox caused by Will’s ignorance and Angela’s desperation needs to happen because it’s always happening. But on a level deeper than that, Angela and Will connect across time and space because they’re trapped in a generational curse as a result of the specter of American racism.

Watchmen consistently returns to images of the Tulsa massacre, told through the eyes of the young orphan who will become Will Reeves because they’re ingrained in his psyche. They informed his decision to move to New York and join the NYPD because the teachings of Bass Reeves to “trust in the law” convinced him that he could right the wrongs that destroyed his community by using the same system that enabled these injustices.

But Will (played by Jovan Adepo) quickly discovers that the badge wasn’t designed to work in his favor. The NYPD is a cover for Cyclops, the elite precursor to the Seventh Kavalry, and they’re using rudimentary mesmerism techniques to cause Black people to attack and brutalize each other.

“Will’s and Angela’s narratives are an ouroboros looping in on itself.”

Both Angela and the audience discover this after she overdoses on her grandfather’s prescription of Nostalgia - a pill that allows the consumer to experience locked memories. Through these pills, Angela uncovers another shocking truth - her grandfather was Hooded Justice, the first costumed adventurer and the only one whose secret identity was never discovered.

After almost being lynched by his fellow police officers, Will donned the mask and noose as a reclamation of the instruments of his oppression and began waging a one-man war on the forces of white supremacy — a war that inevitably leads to his murder of Judd Crawford.

Lindelof has said the show's core themes are inherited legacy and the scientific concept of genetic trauma. Nowhere are those more on display than Angela’s decision to become Sister Night. Just like her grandfather, Angela’s parents were murdered, an event that pushed her to join the police in a misguided attempt to seek justice for the past. And just like Will, Angela decides to become a masked vigilante in the aftermath of a violent attack by a white supremacist institution.

Despite having never met and being two generations removed, Will’s and Angela’s narratives are an ouroboros looping in on themselves because Will’s anger and unresolved trauma have been visited upon his granddaughter.

Will and Angela are far from the show’s only characters trapped inside generational curses. Lady Trieu (Hong Chau), the reclusive billionaire genius who serves as the show’s final antagonist, is also engineering her own narrative loop. Trieu’s mother, Bian My (Elyse Dinh), was a Vietnamese refugee who impregnated herself using the DNA of her employer, Adrian Veidt, aka Ozymandias (Jeremy Irons), as revenge for Veidt’s treatment of her.

Bian hoped her daughter would inherit Ozymandias’ fabled intellect. The show implies she also pushed her daughter to use her smarts to do something that would atone for the United States’ forcible subjugation of Vietnam in Watchmen’s alternative universe. However, Bian My died long before she could witness what her daughter would grow up and do with her knowledge. So when she came of age, Trieu decided to clone her mother and raise her as her daughter.

In a disturbingly literal sense, Bian II (Jolie Hoang-Rappaport) is locked in a genetic loop, raised to believe she is a child but quietly suffering through nightmares and daydreams of the Vietnam War and life under subjugation. In her desperate attempts to live up to the legacy imposed on her, Trieu has forced her mother to relive her trauma. And by the end of the series, Trieu’s death has all but ensured that the loop would repeat due to Bian II bearing witness to her mother’s traumatic demise.

The unresolved wounds left behind by the United States forcibly winning the Vietnam War are another temporal loop, a real-world event birthed into a never-ending paradox by science fiction.

Unresolved wounds don’t just intersect with individual characters, however. The entire world of Watchmen lives in the shadow of trauma created by the massive psychic squid that Adrian Veidt dropped on New York City at the end of the original book. Ozymandias’ hoax killed three million people in 1985, during the events known as 11/2.

As a result of the psychic shockwave felt by the survivors (as well as the intermittent rain of squids Veidt designed as a follow-up precaution), the world lives in constant fear of another dimensional incursion. It’s like a black cloud hanging ominously over the world. People are perpetually trapped, forced to relive that day in 1985 because, for many people, it’s still happening.

It’s fitting, then, that the white supremacists orchestrating events behind the scenes are another reference to Ozymandias’ hoax — Cyclops. Just like the one-eyed beast Veidt used to engineer world peace, Cyclops is a tool of revisionism and stagnation. It’s a cult that seeks to travel backward in time to sate their traditionalism, to restore a period in which white people held all the power and anyone else belonged beneath their heel. Their power comes from shaping historical context to fit their sinister ends.

The world of Watchmen avoids this by having the Redford administration recognize the atrocities of the Tulsa massacre. But in the real world, Tulsa was buried, and the truth stifled for nearly 70 years. For survivors of Tulsa and their descendants, time simply… stood still.

Time and history are precious — our perceptions of such can shape empires and destroy lives. For many people in the United States, real pain is locked in their family's genetics. These harrowing experiences transcend time to inflict anxiety and depression upon generations that never even lived these events, to begin with. However, Watchmen shows us that those generational connections can break us free.

Angela lived in the cycle of her grandfather’s anger. Influenced by his rage, she joined the very same system that ruined his life and drove him down a path that eventually cleaved his family in two. However, a temporal paradox brought the two of them together and gave them what they needed to expose and decimate the evil that had been working against them for almost nine decades. While Dr. Manhattan doesn’t exist in the real world, the power of legacy and familial connection does.

Both Will and Angela hid their trauma, fear, and rage behind masks, and if the two of them had never connected, Angela would have probably continued to do so. But by circumstances that defy time, Will was able to liberate his granddaughter with a few simple words, “You can’t heal under a mask, Angela. Wounds need air.”

Until America breaks the quantum loop that keeps racism alive and haunts people of color, things will never change. We have a duty to our ancestors to acknowledge the past, drag it into the light of day, and expose it for what it is. Because until we do, history will keep repeating itself, and our doomsday clock will stay perpetually poised five minutes from midnight.

To quote Maya Angelou, “History, despite its wrenching pain, cannot be unlived, but if faced with courage, need not be lived again.”

Watchmen is streaming on HBO Max.