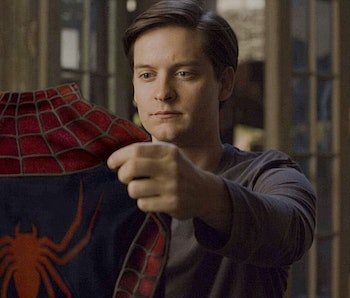 Spider-Man: No Way Home is shaping up to be one of Marvel’s weirdest movies yet, but according to this latest leak, it could be even wilder than we thought. A detailed plot synopsis shared online claims to reveal everything that happens in Spider-Man 3, and it lines up surprisingly well with one of our leading theories for what Marvel has planned with Avengers 5.

Warning! Possible spoilers ahead for Spider-Man: No Way Home.

Before we go any further, it’s worth noting that this leak comes from 4chan (via Reddit) so it could be completely fake. However, some of the stuff in here about Spider-Man 3 is too fun not to discuss — especially when it comes to a certain Marvel supervillain named Norman Osborn. So let’s treat this entire leak with plenty of doubt as we dive into the Marvel multiverse.

We won’t go through the entire Spider-Man 3 leak beat-by-beat, but the basic premise is that after the Blip in Avengers: Endgame, the barrier that separates our reality from other parallel ones is starting to break. While Peter Parker deals with the fallout of having his identity revealed at the end of Spider-Man: Far From Home, Doctor Strange is investigating these abnormalities.

Meanwhile, Norman Osborn has set up shop in the former Stark Tower. The leak describes this version of the character as “a more Elon Musk type of guy. Less overtly evil, more charismatic.” Osborn is investigating these abnormalities too — and seemingly making things worse, which leads to multiverse villains like Jamie Foxx’s Electro showing up in the Marvel Cinematic Universe. Oh, and Norman’s also receiving trans-dimensional messages from the evil Willem Dafoe version of Osborn, who encourages him to keep experimenting.

From here, the plot gets even weirder. Basically, all the other multiverses are terrible and refugees from those worlds start pouring into the MCU. Meanwhile, both Dr. Strange and Spider-Man are separately pulled into the multiverse and have to find a way out, encountering other Spideys along the way. At the same time, a multiverse version of Uncle Ben shows up in the MCU, which has got to be pretty awkward for Happy Hogan.

In the end, the multiverse is restored and everyone goes home, but not before Dafoe’s Osborn arrives in the MCU, kills the new Osborn, and attempts to take over this world. The leak describes a dystopian, militarized New York controlled by Osborn — before he’s defeated by Spider-Man. In a final scene, the Elon Musk version of Osborn is revived, but his skin now has a “green hue.”

We’ve been speculating for a while that Marvel could be setting up a Dark Avengers movie. Characters like John Walker from The Falcon and the Winter Soldier feel like an obvious fit for this faux-superhero team historically led by Norman Osborn in the comics.

The alleged introduction of Osborn (who cosplays as the “Iron Patriot” in Dark Avengers) feels like a pretty big clue, but one line is this leak could provide even more evidence:

“With the disbanding of the Avengers, Norman wants to create his own privatized team of superheroes.”

This is basically the plot of Dark Avengers. So if this Spider-Man 3 leak is correct (and that’s a big if), then it definitely seems like Marvel is setting up a very specific plotline for Avengers 5.