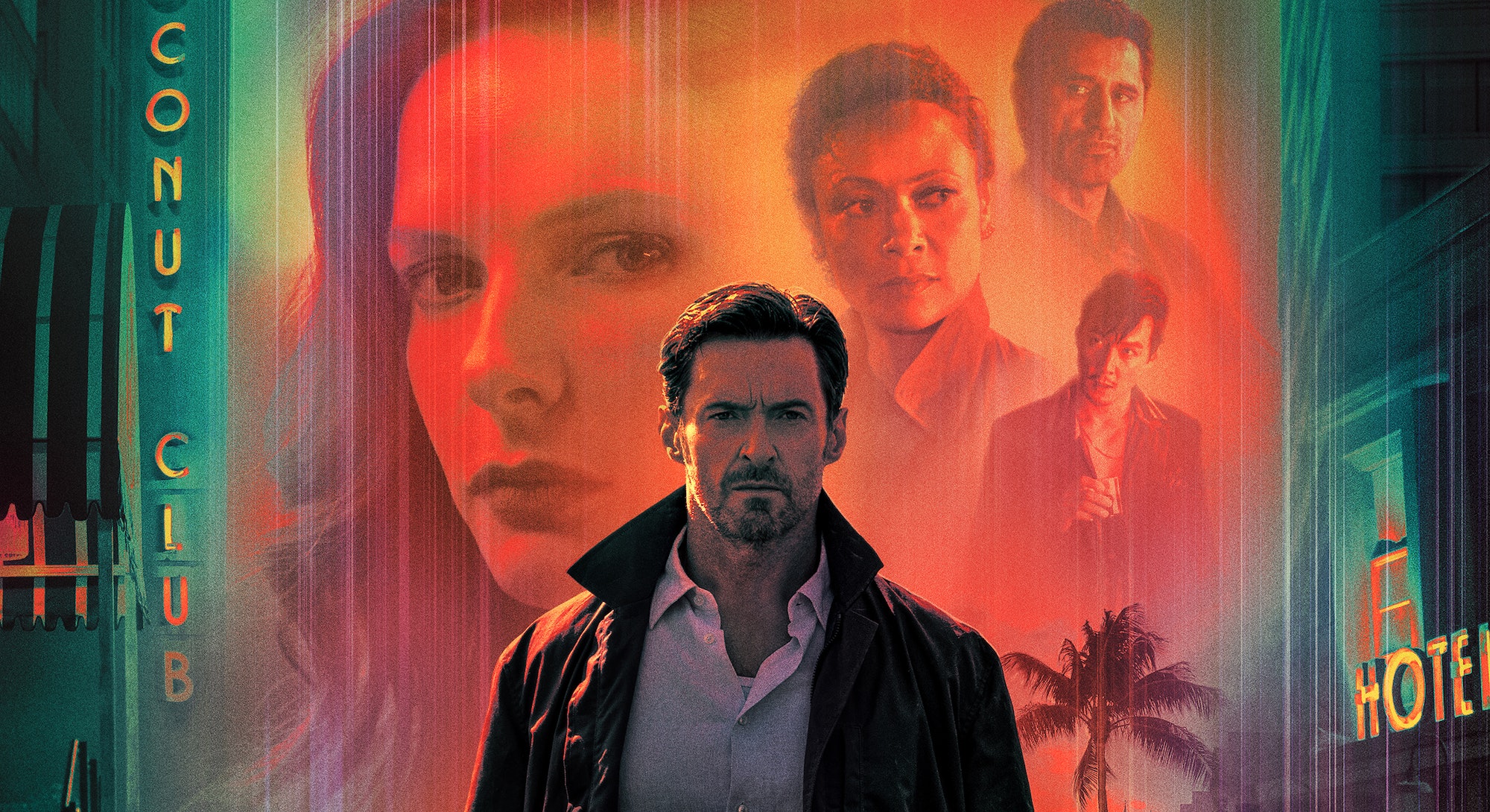 And, for better or worse, you can tell.

From its opening shot, which soars over a futuristic vision of Miami sunken partially into the sea, Reminiscence looks and feels like a 116-minute episode of Joy’s popular yet divisive HBO sci-fi series. And that’s not merely down to Joy. Among those carrying over from Westworld to Reminiscence are cinematographer Paul Cameron (whose episodes of Westworld include its acclaimed pilot), composer Ramin Djawadi, and stars Thandiwe Newton and Angela Sarafyan.

Altogether, the reunion of so many important Westworld creatives makes Reminiscence feel more like an unannounced spin-off than its own original story. Aesthetically, that’s not necessarily a criticism, given that Westworld is one of the best-looking TV series in recent memory. But narratively and structurally, all those similarities ultimately sink Reminiscence.

Set in the near future, Reminiscence follows Nick Bannister (Hugh Jackman), a veteran who makes his living by allowing customers to access technology that lets them relive their memories — for a price, of course. Nick’s life changes when he falls for a nightclub singer, Mae (Rebecca Ferguson), who disappears without a trace several months into their seemingly promising relationship. Equipped with a machine that lets him endlessly re-experience their time together, Nick begins abusing the technology, despite the warnings of his business partner, Watts (Thandiwe Newton). On a desperate search through his own memories, Nick gradually uncovers clues as to what might have happened to Mae.

Nick’s quest for answers supplies Reminiscence with most of its drama, as he discovers parts of Mae’s past and personality he never knew about and is forced to question how much of their relationship was real. This is not a new story, even with the added element of Nick’s memory technology; film noir classics like Laura, Out of the Past, and The Third Man have all followed characters on similar paths. But the main problem with Nick’s search for Mae in Reminiscence isn’t that the film is steeped in genre influences; it’s that neither character is compelling.

Jackman and Ferguson do the best they can with what they’re given, but they’re unable to breathe life into Nick and Mae’s relationship. Joy doesn’t give audiences enough time to invest in their romance before Mae disappears, and the few scenes we do get with them prior to that twist lack the kind of romantic spark that would have made their dynamic believable. And although two of the most extended scenes between Nick and Mae are seductions, Joy’s script rushes through them before any sexual tension can organically build between the characters.

After Mae disappears, flashbacks to her and Nick’s short-lived romance are interspersed throughout, but these feel much like puzzle pieces: glimpsed early on so that they can fit together more fully later on. But by turning Mae into the film’s central mystery, Joy also denies Ferguson the opportunity to play a three-dimensional character. Instead, Mae ends up feeling like a vessel through which Joy can explore her own ideas. (This is an issue that, notably, plagues many characters in Westworld.)

The superficiality evinced by these characters is also reflected by the rest of Reminiscence. Though the film’s sunken Miami setting is well-designed and impressively realized, it’s not explored nearly enough. Making matters worse, this world is primarily introduced (and has its dystopian details needlessly reiterated) through voice-over narration by Jackman’s Nick; this runs throughout the film despite adding little value.

In fact, that voice-over feels more than anything like a way for Joy to work unnecessary metaphors into the story, such as when Jackman compares memories to “pearls on a necklace” or refers to himself as an “oarsman” leading people on a journey through their pasts. A clear homage to classic noirs, many of which are also narrated by morose detectives, this device is little more than that and consequently comes across as clunky.

Credit where credit is due: Reminiscence is an exceptionally gorgeous film to look at, with Joy and her collaborators coming together to deliver a sci-fi world that does feel uniquely lived-in and legitimate. Of all the film’s various cast members, Thandiwe Newton emerges as the clear standout, bringing a level of pain and sincerity to Watts that’s absent from many other key characters. Even when Joy’s script leans too hard into the clichéd “drunken mechanic” side of Watts, Newton somehow manages to strike a note of authenticity.

But the film’s crisp visual style and unique setting aren’t enough to save Reminiscence from mediocrity, nor is Newton’s standout supporting performance. In both Westworld and Reminiscence, Joy creates characters who feel like puzzles to be solved, rather than human beings to be explored — resulting in characters who move dynamically through her story but still ring unmistakably hollow.

The same, unfortunately, can be said for Reminiscence as a whole. It’s a well-made piece of work, with some of the most talented big-screen stars we have populating its frames. But for a film that explores the lingering power of memories, it’s a shame Reminiscence is so profoundly forgettable.