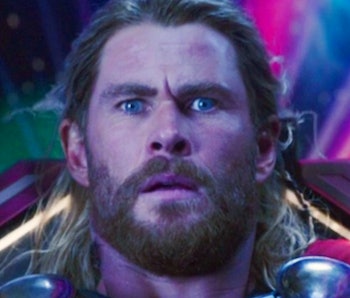 The worst episode of What If...? so far just fixed the Marvel show’s biggest problem. Episode 7, “What if Thor was an only child,” tells a pretty unexciting story about the God of Thunder coming down to Earth and essentially throwing a big party. But in the episode’s final moment, What If manages to fix its biggest problem: endings.

Warning! Spoilers ahead for the end of Marvel’s What If Episode 7.

Marvel What If Episode 7 ending explained

In the latest episode of What If, the Watcher asks a new question: what if Odin never adopted Loki? The answer, it turns out, is that pretty much nothing would change, at least in the context of this story. The Thor we meet in Episode 7, which takes place at roughly the same time in the Marvel Cinematic Universe timeline as 2011’s Thor, is almost identical to the one we met in that movie. He’s brash, irresponsible, and he likes beer.

Without Loki to cause trouble, Thor does it on his own by throwing a massive rager on Earth. Not even Captain Marvel can stop him, but when Thor’s mother Frigga shows up, he finally stops partying and cleans up the mess he made. It’s a surprisingly happy ending until a handful of evil Ultron robots step through some sort of portal. At their center is one with the Infinity Stones embedded in its armor, and a mask lifts to reveal a familiar face: Vision.

The Watcher seems surprised, which is never a good sign. But to understand what’s happening, we need to go back to Avengers: Age of Ultron.

As far as I can tell, there’s no precedent for this in the comics, because unlike in the movies, in the comics, Vision wasn’t created to be a new body for Ultron. Instead, he was intended to be Ultron’s synthetic son.

But inspiration aside, it seems clear what What If is suggesting. In whatever multiverse Vision-Ultron came from, the evil AI succeeded in its plan and implanted itself in this Vibranium body. The result is a version of Ultron more powerful than anything we’ve seen before, which probably explains how he got all the Infinity Stones. As for what Vision-Ultron wants, your guess is as good as ours, but it’s probably bad for Earth.

Of course, that just means it’s time for the Watcher to finally step in and assemble the Avengers, which in the case of What If likely means Captain Carter, evil Doctor Strange, T’Challah Star-Lord, and even more superhero variants.

How Vision-Ultron fixes What If

What If’s biggest weakness is arguably that it doesn’t quite know how to end any of these stories. With under 30-minutes per episode, it’s hard to really wrap things up. The result is often an open-ended cliffhanger that we know will never be resolved. The Killmonger-centric Episode 6 was particularly guilty of this. So was Marvel Zombies.

But in Episode 7, What If finds the solution: continuity. By ending things on a cliffhanger that we know the Marvel show will actually return to, the series creates real stakes that extend beyond each episode’s credits (for the first time ever, I stuck around after What If Episode 7 ended to check for a post-credits scene).

I’m not saying every episode of What If needs to feed into a bigger story, but Marvel needs to figure out a way to make people excited for each new episode. With Vision-Ultron, the studio may have found it.

What If and WandaVision

Beyond the possibility of an Avengers-level showdown, the introduction of Vision-Ultron raises an entirely different question. Is there any good in this version of Vision, or is he purely evil? This matters for one simple reason: White Vision.

WandaVision ended with the evil version of Vision flying off after experiencing some sort of philosophy-induced existential crisis. We don’t know if he’ll ever return, but we also don’t know if we want him to. After all, there’s no saying White Vision isn’t still evil, even after his conversation with the original Vision.

However, if What If reveals that there’s something innately good in Vision regardless of who made him or what universe he comes from, that could mean there’s hope for White Vision too.

What If...? is streaming now on Disney+.